Where in health am I? : Home / Health Cloud / Business of Health / Health Insurance / CHIP 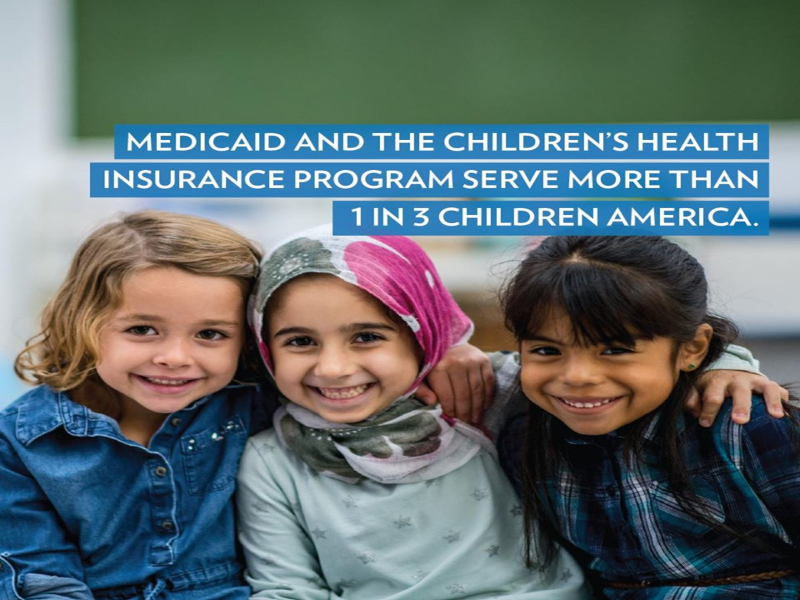 On September 30, Congress failed to re-fund the Children’s Health Insurance Program (CHIP), which provides access to low-cost insurance for almost 9 million kids and hundreds of thousands of pregnant women in families that make too much to qualify for Medicaid but still need assistance. This lapse, the result of a decision by Republican leadership to focus on a last-ditch attempt to kill the Affordable Care Act and pass a massive tax cuts instead, compounded by partisan bickering over offsets to pay for new CHIP funds, led to almost four months of stopgap funding measures and uncertainty about the future of the program, which has enjoyed widespread support since its 1997 origin.

Late last month legislators finally passed a long-term funding measure, securing the future of CHIP. “The process dragged out far too long,” said Joan Alker, a CHIP expert at Georgetown’s Center for Children and Families. “But it ended well, as CHIP will have stable funding for ten years.”

The political world largely moved on. It appeared that Congress had acted before a conundrum turned into a full-blown crisis, as common wisdom holds is the standard pattern in modern American legislative politics. Aside from a little sweat and worry, no harm, no foul. Right?

Not right. Congress did avoid the worst possible outcome, the breakdown of CHIP, which would have forced programs in some states to close, ending coverage for at least a million children. (Others may have been able to retain coverage by getting folded into expanded Medicaid, or other state-level initiatives.) But since early October, CHIP experts had been warning that even a few weeks of uncertainty over CHIP’s future could cause real damage. In the aftermath of this debacle, it appears these observers were right, although it’s difficult at this point to capture the exact extent of the damage uncertainty wrought, or how long its effects may last in the system.

“There was harm and foul in this limbo process,” Jim Carnes of Alabama Arise, a local advocacy group, told Alabama Media Group after CHIP funding came through last month. “Those who contend that there wasn’t do not appreciate the burden it put on working parents” or CHIP programs operators.

Almost as soon as Congress missed its September 30 deadline to fund CHIP, many programs were forced to reallocate resources to prepare for a possible shutdown. In Alabama, where the effects of CHIP uncertainty have been well documented—the program is credited with reducing childhood uninsured rates there from 20 to 2 percent in two decades—staffers got reassigned from their regular duties to handle calls from concerned families and the hiring process for ten vital positions was put on indefinite hold. They also wasted hours and thousands of dollars preparing 50,000 letters to notify parents to prepare to find new insurance, letters they never had to send out and eventually shredded. Other states faced similar administrative burdens, like developing computer programs in preparation for potential shutdowns that will not be used. This ultimately wasted as-of-yet unclear gobs of taxpayer money and important man-hours.

In November, Carrie Fitzgerald of the children’s advocacy group First Focus also pointed out to me that many CHIP programs sign contracts with medical organizations or order supplies like vaccines on long-term bases. Prolonged funding uncertainty likely complicated this process for program directors. “I can’t imagine what kind of position this puts them in with how they’re going to go forward with paying some of these bills,” said Fitzgerald.

This wasted time and resources, while irksome, is ultimately short-term damage. But experts expect to see longer-term negative consequences in the form of likely program enrollment dips. In the past, shifts to state-level CHIP programs that have caused uncertainty about their futures, or about who can enroll in them, have sown confusion, doubt, and mistrust. This in turn resulted in long-term declines in child enrollment as officials endeavor to shore up knowledge that the systems still exist, and faith that they will still exist moving forward.

During the recent period of uncertainty, a number of states, like Colorado and Virginia, were forced to send out notices about a possible program shutdown. The national media picked up on the iffy future of CHIP and communicated it to a mass audience. Combine that with the fact that many states had to suspend enrollment outreach, or divert enrollment staff to deal with the chaos of the moment, and there’s reason to think we will see a pronounced, widespread, and enduring “CHIP dip,” as some academics call confusion-based enrollment depression.

This may then compound with uncertainty about healthcare writ large created by ACA repeal efforts and fear of interacting with the government in mixed-status documented-undocumented families, said Alker. “All of this,” she continued, “adds up to an ‘unwelcome mat’ effect, which may stall or reverse the progress that has been made in children’s health coverage levels.”

“CHIP has worked together with Medicaid to boost the health insurance coverage rates for children to record levels,” she added. This has yielded major and enduring knock-on benefits for kids’ and families’ futures. “It would be an unfortunate turn of events to reverse” that progress.

And these are just the projected effects on the programs proper. Local reporting has captured the difficulties months of uncertainty foisted on families, as some were forced to try to find new plans and figure out how to pay for them. There are some worries—though no confirmed stories to my knowledge—that families may have bought new and relatively expensive plans on the misunderstanding a local CHIP program had, or assumption that it would, shut down.

None of this damage amounts to a major “crisis,” relative to the losses of coverage some feared and Congress ultimately avoided. But it’s not insignificant. And CHIP is hardly the only initiative Congressional dithering has sent into uncertainty recently, due to brinkmanship and reliance on imminent, profound crises to drive last-minute, often stop-gap, action. The cumulative effect of this legislative mode of operating is a nickel-and-diming of waste and lost opportunities, a slow corrosion of public faith in and engagement with vital programs. It’s disheartening to note how little this cumulative decay seems to register in DC, or even in the press. But it really adds up.

It is a remarkable turnaround after CHIP, which covers 9 million children, endured an unprecedented four-month lapse in long-term funding and became a pawn in the bitterly partisan government shutdown fight last month. The Trump administration and Congress took emergency measures to ensure no children were ever kicked off the rolls, but the funding limbo had shaken the faith of families on the program and advocates worried that the bipartisan support that has sustained CHIP might be eroding.

Why CHIP is so essential for American kids, explained by one family’s story

The researchers also highlighted research that suggests CHIP and Medicaid coverage decreases child mortality rates in the United States. American children are much more likely to die young than their counterparts in other wealthy countries.

The Damage to Children's Health Insurance Is Already Being Done

Congressional dithering has left an effective, popular program for low-income kids teetering on the brink, despite bipartisan support for its renewal.

The Impact of the Children’s Health Insurance Program (CHIP): What Does the Research Tell Us?

Taken together, the evidence is strong that improving coverage through CHIP and Medicaid has contributed to meaningful gains in access to care and the quality of care for low-income children. Further, studies that find an impact of CHIP and Medicaid on children’s health show a positive impact, suggesting that the programs advance the end goal of coverage, better health.

Congress Managed to Do Real Damage to Children's Health Insurance

After months of inaction, lawmakers reauthorized the popular Children's Health Insurance Program, but not before seriously harming it.

Each state program has its own rules about who qualifies for CHIP. You can apply right now, any time of year, and find out if you qualify. If you apply for Medicaid coverage to your state agency, you’ll also find out if your children qualify for CHIP.

If your children need health coverage, they may be eligible for the Children's Health Insurance Program (CHIP). CHIP provides low-cost health coverage to children in families that earn too much money to qualify for Medicaid. In some states, CHIP covers pregnant women. Each state offers CHIP coverage, and works closely with its state Medicaid program.

The Children’s Health Insurance Program (CHIP) provides health coverage to eligible children, through both Medicaid and separate CHIP programs. CHIP is administered by states, according to federal requirements. The program is funded jointly by states and the federal government.