Where in health am I? : Home / Health Cloud / Healtainment / Medical Myths 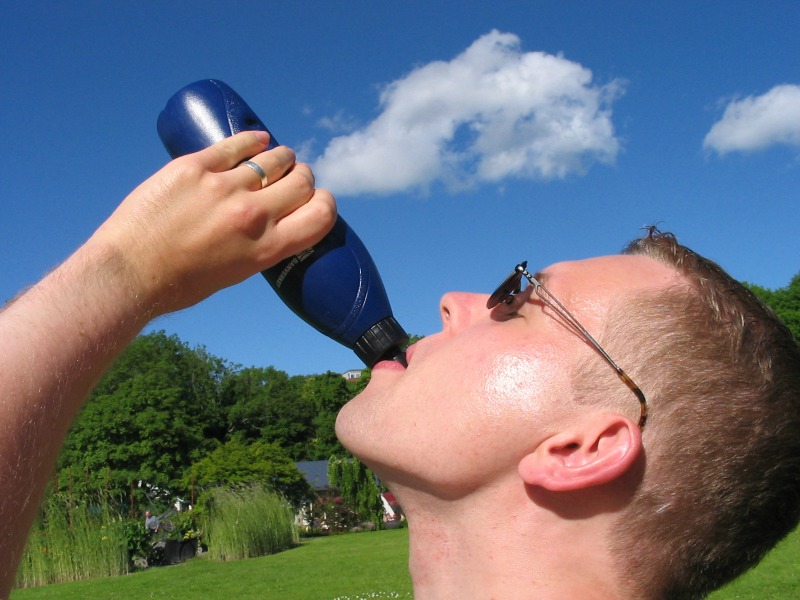 You might assume that standard medical advice was supported by mounds of scientific research. But researchers recently discovered that nearly 400 routine practices were flatly contradicted by studies published in leading journals.

Of more than 3,000 studies published from 2003 through 2017 in JAMA and the Lancet, and from 2011 through 2017 in the New England Journal of Medicine, more than one of 10 amounted to a “medical reversal”: a conclusion opposite of what had been conventional wisdom among doctors.

“You come away with a sense of humility,” said Dr. Vinay Prasad of Oregon Health and Science University, who conceived of the study.…

A Med School student looks at some common myths and misconceptions regarding common illness' and health topics. This clip looks at the Common Cold.

Handle with Care: Why You Should Think Twice Before Sharing that Article

In today's world it's easy to share information. But that's no excuse for making no effort to ensure the info we pass along isn't bogus.

Health Care Myth Busters: Is There a High Degree of Scientific Certainty in Modern Medicine?

Two doctors take on the health care system in a new book that aims to arm people with information.

Hi! I'm Nita J. Kulkarni, a freelance journalist and writer, and live in India. I want my blog to be a place which people visit to look for balanced and reliable information on a variety of subjects, mostly India-centric. One of the aims of this blog is to present information in a clear format. However, do remember at all times though that these write-ups are more like ''columns'' and more often than not reflect my own worldview.

You don't want to be an April fool -- or any kind of fool -- when it comes to your health. Yes, those old wives knew a thing or two, but they never went to medical school or conducted a scientific study.

Medical Myths For The Holiday Season: True, False Or Unproven?

Explore the science behind six myths commonly associated with the holidays yet relevant year-round.

Medical Myths in Movies and Culture

Critical Analysis of Pop Phenomena is a weekly pro-science, anti-pseudoscience podcast. It was born in October, 2006 to help fight the good fight against the overwhelming majority of noise in the media supporting useless alternative medicine systems, psychics preying upon the vulnerable, the erosion of science education in the classroom, xenophobia of advanced energy and food production methods, and generally anything that distracts attention and public funding from scientific advancement.

With the recession causing enough stress for all of us, the British Medical Journal decides to bust several common medical myths''for example, reading in dim light won't ruin your eyesight, so go nuts.

Some Medical Myths Come Straight From the Doctor

Mom was right about lots of things: eating your vegetables, washing your hands and never running with scissors. But some of her other medical advice such as waiting an hour after eating before swimming just doesn't hold water.

The Medical Mythology of Anti-Amalgam

A close look at the literature on dental amalgam, resin composites, and other restorative materials reveals that most of the anti-amalgamists' assertions are based not on scientific facts, but rather on a collection of myths and half-truths, creating a virtual "folklore" of anti-amalgam that has rarely been challenged.

It is difficult to determine where some medical myths originate from, but many are old wives'' tales passed on from generation to generation (Don''t touch that toad, you''ll get a wart!!). Here are some more common, often believed medical myths.

Your Bra Can Kill You and Other Medical Myths

Researchers identified nearly 400 common medical practices and theories that were contradicted by rigorous studies. Here are some of the most notable findings.

Are carbs evil? Does chicken always have to be cooked skinless? Ditch your old-school thinking and get savvy to the latest healthy eating facts.

A lot of movies and TV shows have been made about medical workers and the healthcare field in general. It's a subject riddled with opportunities for drama, mystery, wonder and heartache. It's also complex enough that screenwriters always end up getting it wrong. There's nearly an endless list of medical errors in films.

Popular culture is loaded with myths and half-truths. Most are harmless. But when doctors start believing medical myths, perhaps it's time to worry.

If you trust the source, you're most likely going to trust the information. That's what makes the following medical myths so hard to discredit -- you usually hear them first from Mom, Dad, or someone else you trust -- but it is nice to know the truth.

Ask your doctor how much water you should drink or why you couldn’t keep your eyes open after Thanksgiving dinner, and you’re likely to get the same misinformation your mother-in-law might dispense.

Despite the rigors of evidence-based medicine, some ill-informed medical axioms die hard. “There aren't too many things that are pure myths in medicine, but there are definitely things that we were taught that were pure dogma