Where in health am I? : Home / Health Cloud / Opinions / Euthanasia

Dying is not a crime - Jack Kevorkian 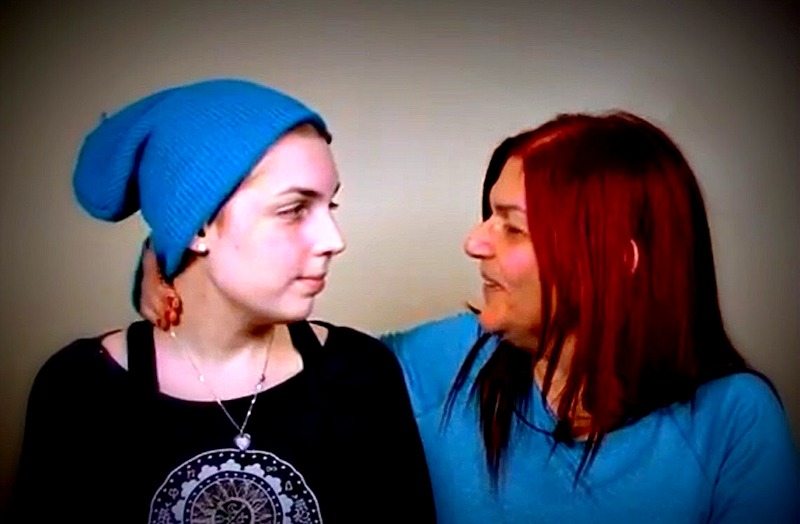 Health in Death: Why We Should All Favor the Ultimate Self-Determination

Growing up the word I heard most frequently linked with suicide was "cowardly," an association that seemed completely misguided. I had no difficulty imagining countless scenarios in which I would rather die than endure. To this day I believe my life will mostly likely end by my own hand. Maybe it will be next year. Maybe it will be when I'm over 100. What I know for sure is that there are degrees of suffering that I would not wish to endure, especially when suffering is more or less all that's left to me.

That, of course, is a personal choice, and I wouldn't presume to project that choice onto others. While I don't relate to people who wouldn't…

Euthanasia and assisted dying rates are soaring. But where are they legal?

It is available in a growing number of countries and jurisdictions – but not the UK, where it remains outlawed.

The act allows terminally ill adults with less than six months to live and enduring "unbearable suffering" the opportunity to choose assisted dying if approved by two doctors. The passage of the proposition puts New Zealand on track to become one of the few countries that makes euthanasia legal. The Netherlands, Belgium, Luxembourg and Colombia are among those that have legalized voluntary euthanasia. Several U.S. states have enacted "death with dignity"

Centuries from now, one of the things our era will be known for is the plague of dying badly. A growing number of physicians believe that one solution is helping their dying patients choose to end their lives. I disagree. I’m proud of being a physician and a lifelong political progressive. I ardently believe in human rights. But there are some things doctors must not do. Intentionally ending patients’ lives is chief among them.

Assisted Suicide: A Right or a Slippery Slope?

The California law and others like it allow patients to make a decision about their lives, a right to which all humans are entitled. Only doctors who agree with such a decision would participate. These laws do not coerce any physician to participate in physician-assisted suicide any more than laws making abortion legal require any physician to perform that procedure.

Maynard's death was a suicide, but a legal one. The 29-year-old, who was terminally ill with a rare and advanced brain cancer known as a glioblastoma multiforme, had moved to Oregon to use the state's Death With Dignity law.

Physician-assisted suicide is illegal in most states in the U.S. But there are gray areas where doctors can help suffering patients hasten their death. The problem is nobody can talk about it directly.

Death With Dignity Should Not Be Equated With Physician Assisted Suicide

How does assisting with suicide affect physicians?

Studies point out that even many doctors who actually participate in MAID/PAS remain uneasy or “conflicted” about it. In this piece, I explore their ambivalence.

How Dutch Law Got a Little Too Comfortable With Euthanasia

However alarmist some stories about Noa Pothoven’s death might have been, one should remember that euthanasia of a minor as young as 16 for psychiatric suffering is indeed legal in the Netherlands.

I’m a doctor with end-stage cancer. I support medical aid in dying

I’m a doctor with incurable stage 4 prostate cancer. When my suffering becomes intolerable, I hope my doctors will permit me the option to end it peacefully with medical aid in dying

Legalizing Aid In Dying Doesn't Mean Patients Have Access To It

Across California, and in the five other states where medical aid-in-dying is now allowed, access is not guaranteed, advocates say. Hospitals, health systems and individual doctors are not obligated to prescribe or dispense drugs to induce death, and many choose not to. Most of the resistance comes from faith-based systems.

Let me be clear: I understand that many people believe that only God should determine the time of their death, and I support them 100 percent. Others want every additional minute of life that medical science can give them, and I support those people 100 percent. But the end of life is an extremely personal experience. If, when my time comes, I see only unbearable suffering ahead of me, then I want my preference to have access to medical aid in dying to be supported 100 percent, as well.

On Assisted Suicide, Going Beyond ‘Do No Harm’

Yet even as assisted suicide has generated broader support, the group most vehemently opposed to it hasn’t budged: doctors.

Research shows that many euthanasia and assisted-suicide victims are suffering from depression. They should be treated, not abandoned.

We have a right to die with dignity. The medical profession has a duty to assist

Euthanasia represents one of the oldest issues in medical ethics. It is forbidden in the original Hippocratic Oath, and has consistently been opposed by most religious traditions since antiquity – other than, incidentally, abortion, which has only been formally banned by the Catholic Church since the middle of the 19th century. Euthanasia is a wide topic with many dimensions. I will limit myself in this article to the issue of assisted death, which seems to me to be one of the most pressing issues of our time.

What we lose when we gain the right to die

Why Do We Give Our Pets Death With Dignity but Not Ourselves?

My years as an emergency veterinarian have shown me the relief that assisted death can bring. Why are our pets the main recipients?

Health in Death: Why We Should All Favor the Ultimate Self-Determination

Brittany Maynard made national headlines with her choice to spare herself and her loved ones some of the horror that her brain cancer would otherwise inevitably have inflicted upon them. But it wasn't easy. In a country that prides itself on freedom, the U.S.A. has some backwards ideas about life and death.

Compassion & Choices advocates for death with dignity laws in states across the country so that every American can have the sense of peace that Brittany sought – without having to entirely uproot their life. The Brittany Maynard Fund, an initiative of Compassion & Choices, will be used to advance such laws.

Compassion & Choices is the leading nonprofit organization committed to helping everyone have the best death possible. We offer free consultation, planning resources, referrals and guidance, and across the nation we work to protect and expand options at the end of life.

“DIGNITAS – To live with dignity - to die with dignity” is an association in accordance with Swiss law and was founded on 17 May 1998 at Forch (near Zurich). The organisation, which pursues no commercial interests whatsoever, has in accordance with its const- itution the objective of ensuring a life and a death with dignity for its members and of allowing other people to benefit from these values.

To present a united voice in presentations to governments or other organizations with respect to issues related to euthanasia and assisted suicide...

The Euthanasia Research & Guidance Organization (ERGO), a nonprofit educational corporation based in Oregon, USA, was founded in 1993 to improve the quality of background research and information for hastened dying for persons who are terminally or hopelessly ill and wish to end their suffering.

Not Dead Yet is a national, grassroots disability rights group that opposes legalization of assisted suicide and euthanasia as deadly forms of discrimination.

Through its constantly updated web site, the Patients Rights Council provides accurate, credible and compelling information to people around the world. The site is used by journalists, policy makers, students, and the general public as well as by medical and legal professionals.

Euthanasia: The Most Painful Decision...

The Voluntary Euthanasia Party was created to provide the choice and dignity that current legislation is denying terminally and incurably ill Australians. The party hopes to provide a clear political outlet for the overwhelming public support for voluntary euthanasia

For the rights of the terminal, or hopelessly physically ill, competent adult.