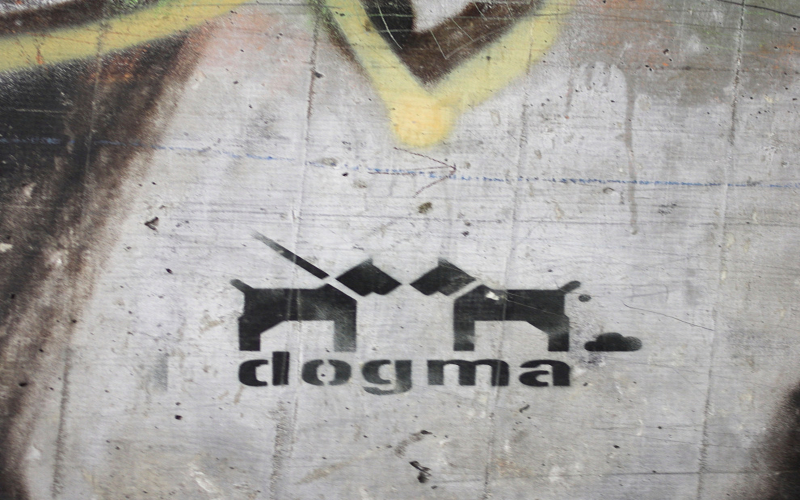 Do not let sleeping dogmas lie!

The following is applicable to all medical specialties...

While most of our clinical choices are largely based on sound evidence, there is always the occasional decision we take that is based on what we have assumed to be right simply because we haven’t seen it being done any other way. These decisions are based purely on the dogmas in our practice: ideas or beliefs accepted as authoritative – unquestioned, undisputed, and unchallenged. These dogmas could be based on anecdotal evidence, hearsay, words handed down by seniors during training, or simply in practice just because “everybody does it this way.”

Can cataract surgery be performed in the presence of a chalazion,…

Can We Free Ourselves of the Dogma of Medical Education?

Ironically, this seems to reflect more of an old-fashioned “keeping up with the times” mentality, with a general premise of breaking away from perceived dogma. As to specifically what these “times” are that seem to be passing the rest of us by, and what has become problematically dogmatic in training, I admit I have been unable to locate in any of the proposals other than the broader, “timely” rubric of change for change’s sake.

Beta-Blockers for Cocaine and other Stimulant Toxicity

Rather than snow him with benzos, I suggested metoprolol, a lipophilic beta-1 blocker with both peripheral and central nervous system effects. Her response to this was, “Oh no, you can’t do that – what about unopposed-alpha stimulation?” It was at this point I realized the level of misinformation regarding this dogma had become so pervasive, that newly-minted physicians were applying it as an absolute contraindication to beta-blocker treatment for all stimulants.

Administration of intravenous calcium has traditionally been considered a contra-indication for the treatment of hyperkalemia in the presence of digoxin toxicity.

Cricoid pressure no help during endotracheal intubation in large trial

Cricoid pressure is a time-honored maneuver based in decades of dogma, but had never been tested in randomized trials.

Drop the Dogma: Is it Time to Use Epinephrine for Digital Nerve Blocks?

If you are like me you have been trained to not use epinephrine in digital nerve blocks. As a matter of fact I was taught NEVER to use epinephrine for regional nerve blocks involving the, “fingers, ears, toes, nose, and hose.” The fear is that the use of epinephrine will cause vasoconstriction and ultimately cause necrosis of tissue distally, due to the lack of collateral blood flow. This belief has been passed down from generation to generation of medical providers and quite honestly been accepted most likely because it makes physiological sense, but needs to be seriously challenged. Using epinephrine in digital nerve blocks may benefit patients by speeding up onset and helping prolong the effect of anesthesia.

If you feel better, should you stop taking your antibiotics?

Concerns that too little antibiotics could lead to the survival or “selection” of resistant bacteria can be traced back to the discovery of antibiotics. However, there is a lack of evidence to show that failing to complete a course of antibiotics leads to resistance in that bacteria.

Narcotic analgesia in the acute abdomen – A review of prospective trials

Physostigmine Doesn't Live Up to Its Unsafe Reputation

The use of physostigmine had virtually disappeared by the 1990s, and the Association of United States Poison Centers reported in 1997 that only two percent of more than 7,000 patients treated that year for anticholinergic toxicity received physostigmine. What happened? First off, the clinical abandonment of physostigmine was somewhat surprising because it is one of the most effective and specific antidotes.

Three Reasons Not to Use Normal Saline or Crystalloids in Trauma

The goal of this article is to illustrate the many deficiencies of administering NS in a trauma patient, and to encourage critical thinking regarding current fluid resuscitation strategies that discuss increasing support for the use of blood components, including whole blood (WB).

The rationale behind ordering banana bags for these patients is relatively simple–alcoholics are likely to have nutritional deficiencies related to their dietary preferences for alcohol over nutrient-dense foods, putting them at risk for complications. Furthermore, the administration of fluids is conventionally believed to help speed up sobriety. But it seems the combination of these components may be unnecessary, let’s break it down piece by piece:

Do not let sleeping dogmas lie!

The medical fraternity must learn how to ask questions systematically, how to find the answers in literature, how to critically appraise the literature, and how to eventually apply the results to practice.[3] Only when clinicians rise above the mundane, think out of the box, and come up with new ideas, will science progress. After all, nobody gets a Nobel Prize for maintaining status quo! Hence, do not let sleeping dogmas lie, kick them and drive them out!

Dogma is a belief generally held to be true by a group, organisation or professional body that is put forth as authoritative without adequate grounds.