Where in health am I? : Home / Health Cloud / Professionals / Doctors / #Specialties / Emergency Medicine / Emergencies Inside the ER / ENT / Peritonsillar Abscess

Peritonsillar Abscess is common so be familiar with its management - Sean M. Fox 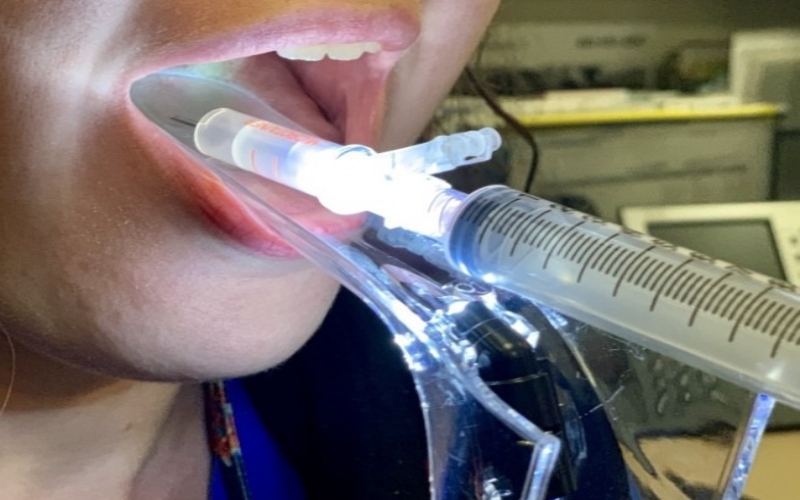 Dr. Michelle Lin and Dr. Demian Szyld have created great guides for the common and important emergency medicine procedure of draining a PTA (laryngoscope lighting and spinal needle for aspiration; ultrasound localization and spinal needle guard; avoiding awkward one-handed needle aspiration). This update reviews these tricks as well as some additional techniques for optimal success in draining a PTA, while avoiding the ultimate feared complication of puncturing the carotid artery.

1. Use point of care ultrasonography (POCUS)

Using the intracavitary probe provides great views of both the abscess and the nearby vessels (figure 1). Not only does it confirm the…

The current literature commonly recommends surgical intervention, including needle aspiration or incision and drainage, for PTAs with success rates near 90%. However, some small studies brought novel evidence that antibiotic administration associated with steroids, pain control, and hydration can be as effective as surgical management as first-line treatment in selected in patients with mild to moderate symptoms in limited resource settings.

Peritonsillar abscess may not always be a complication of acute tonsillitis: A prospective cohort study

Acute tonsillitis (AT) is a highly prevalent infection that is responsible for a large number of consultations. Peritonsillar abscess (PTA) is the most common deep head and neck infection, with an incidence of 10–41/100,000, and traditionally regarded as a purulent complication of AT, but the evidence for an association between the two is uncertain.

In most textbooks, it is taught that PTA is the end-point on the pharyngitis continuum where bacterial pharyngitis progress to tonsillitis developing into peritonsillar cellulitis then ultimately abscess formation. Controversy: no real evidence to support the above proposed mechanism and there exist various inconsistencies in the above process (Passy 1994, Powell 2013) New proposed mechanism: bacterial infection of weber’s glands. Weber’s glands are a series of salivary glands that penetrate the posterior aspect of the palatine tonsillar capsule extending through the middle and distributed mainly on the superior surface of the palatine tonsils. They act to aid in the digestion of food caught in the tonsillar crypts. (Passy 1994, Powell 2013) Supporting this is the geography of abscess formation: majority of PTAs develop on the superior aspect of the tonsil.

Consider a few caveats when approaching the diagnosis and treatment of peritonsillar abscess in the ED. It is generally accepted that ED treatment, drainage, and outpatient follow-up is safe and effective in the vast majority of patients...Peritonsillar Abscess is common so be familiar with its management.

The Peritonsillar Abscess (PTA) is the most common deep-space infection of the head/neck, and yet drainage always seems to be easier said than done. Here’s an evidence based overview of the procedure and some tips to improve your success rate.

This update reviews these tricks as well as some additional techniques for optimal success in draining a PTA, while avoiding the ultimate feared complication of puncturing the carotid artery.

Peritonsillar abscess remains the most common deep infection of the head and neck. The condition occurs primarily in young adults, most often during November to December and April to May, coinciding with the highest incidence of streptococcal pharyngitis and exudative tonsillitis. A peritonsillar abscess is a polymicrobial infection, but Group A streptococcus is the predominate organism.

Peritonsillar abscesses most often are found in older children, adolescents and young adults. They are less common than in the past because tonsillitis now often is treated with antibiotics, which destroy the infection-causing bacteria.

Peritonsillar abscesses are localized collections of pus in peritonsillar space between the tonsillar capsule and superior constrictor muscle. Since this space is composed of loose connective tissue, it is highly susceptible to abscess formation following infection. Clinical presentation may vary from acute tonsillitis with a minimal unilateral pharyngeal bulge to dehydration and sepsis.