It's up to us to save the world - Dr. Peter Safar, 'Father of modern CPR’ 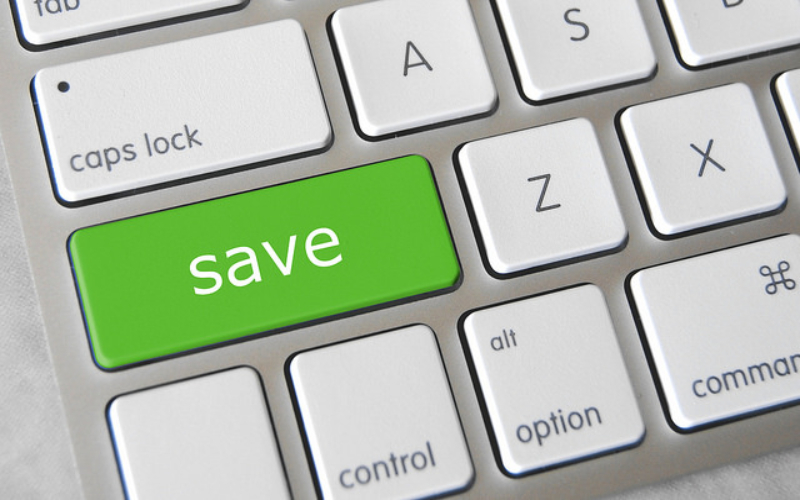 The Icy Truth: The World of Resuscitation is NOT Flat

For those looking for a better way to preserve the brain and vital organs in the future, an article released recently about work by scientists at Massachusetts General Hospital may give us a peek at a future tool in our resuscitation toolbox.

It’s a process that might prove valuable if used in conjunction with extracorporeal membrane oxygenation (ECMO), impedance threshold devices (ITDs) and head-up CPR to keep people in a suspended state of animation until their malady is found, corrected and allowed to begin healing.

Massachusetts General is the original and largest teaching hospital at Harvard Medical School. Their work is visionary and must be respected. In the article…

Because critically ill patients deserve the best in critical care; and we all have a part in delivering it

Endovascular resuscitation and trauma management: Vascular surgeons and interventionalists should take the lead

REBOA has now been adopted in some practical trauma guidelines; and, for example, pelvic traumatic bleeding has, to some extent, replaced thoracotomy or laparotomy and open aortic clamping...

How Scientists Are Bringing People Back From The Dead

When in crisis, the human body can slow its metabolic clock to the point of appearing dead. What happens when doctors start doing it on purpose?

The Evolving Science of Trauma Resuscitation

This review summarizes the evolution of trauma resuscitation from a one-size-fits-all approach to one tailored to patient physiology. The most dramatic change is in the management of actively bleeding patients, with a balanced blood product–based resuscitation approach (avoiding crystalloids) and surgery focused on hemorrhage control, not definitive care. When hemostasis has been achieved, definitive resuscitation to restore organ perfusion is initiated. This approach is associated with decreased mortality, reduced duration of stay, improved coagulation profile, and reduced crystalloid/vasopressor use. This article focuses on the tools and methods used for trauma resuscitation in the acute phase of trauma care.

Arrested development: Can we improve cardiac arrest survival in hospitals

Each July brings residents – recent graduates from medical schools – to the inpatient wards of major teaching hospitals across the United States. Among the many new responsibilities these young doctors will be taking on, one of the oldest and most critical will be their role on Code Blue teams, or groups of caregivers who respond to cardiac arrests. About 200,000 cardiac arrests happen each year in U.S. hospitals. Nearly 80 percent of patients do not survive.

Sudden cardiac arrest outcomes continue to remain dismal despite CPR. But, anybody can perform CPR, including children. It's not how well CPR was done, but whether it was done at all!

His colleagues know him to be the architect of intensive-care medicine and cardiopulmonary resuscitation, or CPR, and call him the driving force behind modern ambulance services. He has won lifetime achievement awards and, with a Russian resuscitation expert, has been nominated for the Nobel Prize.

The resuscitation fluid for trauma is equal parts PRBC and FFP.

Induced Hypothermia: How Freezing People After Heart Attacks Could Save Lives

If successful, the trial could revolutionize resuscitation research. “Right now, with our current resuscitation strategies for cardiac arrest, less than 1 in 10 survive,” Tisherman says. “If we can bring that up to 15 percent or 20 percent, that would potentially be a game-changer.”

Is offering 'futile resuscitations' really the right thing to do?

CPR was invented to restart the heart following specific heart-rhythm abnormalities, and was very effective in doing so. Since then, its scope has been expanded to become the default for anyone whose heart stops, despite the fact that its efficacy is extremely limited in most medical conditions. CPR is ineffective in many patients, as it does not correct the underlying conditions that caused death, such as cancer.

Laws for the Navigation of Life

On the occasion of his 70th birthday he was presented with a framed set of laws by his friends and colleagues. These laws were derived from the sayings of Peter Safar himself. They were titled ‘Peter’s Laws for the Navigation of Life‘ with the instructive subtitle ‘The Creed of the Sociopathic Obsessive Compulsive‘.

Restore tissue perfusion ASAP with haemostatic resuscitation and avoid the traditional teaching of giving 1-2 litres of crystalloid at the outset.

Although most failures to defibrillate are due to user error, they occur in the context of systems problems caused by device confusion and failure to properly maintain defibrillators and their disposable supplies.

To avoid the complications associated with needle decompression, a number of services in Europe have adopted simple thoracostomy as an option for chest decompression. Simple thoracostomy is a technique similar to the placement of a chest tube, traditionally done in the ED. It utilizes an incision with a scalpel and penetration directly into the thoracic cavity with forceps and a gloved finger to relieve the tension pneumothorax. The only major difference is that the chest tube isn’t inserted.

What should be the appropriate duration of cardiopulmonary resuscitation?

Although the duration of CPR is an independent predictor of poorer survival and neurological status, recent publications suggest that maneuvering should continue for over 20min, reaching even 40min, with application of the new procedures referred to CPR quality and the use of diagnostic tools based on physiological parameters that can contribute to detect reversible cases and offer help in decision making.

REBOA: The Next Stop on the Road to Trauma Management?

The management of major trauma has a long history of failures found along a road of good intention. From Military Anti-Shock Trousers (MAST) to aggressive crystalloid administration, we’ve seen management strategies come and go over the years, after the reality of the practice didn’t measure up to the expectation of improved outcomes. Today, we have several novel concepts being implemented across the world to try to move the needle for trauma resuscitation. Tranexamic acid (TXA), blood product administration, and simple (finger) thoracostomy are a few of the advances that seem to be gaining interest in EMS. Although these developments are still “state of the art” practice in EMS, many are wondering what the next stop is on the road to trauma management.

The Icy Truth: The World of Resuscitation is NOT Flat

For those looking for a better way to preserve the brain and vital organs in the future, an article released recently about work by scientists at Massachusetts General Hospital may give us a peek at a future tool in our resuscitation toolbox.

The purpose of this reflection article, based on different resuscitation workshops that have been carried out since 2000 at Colombian Society of Anaesthesiology and Resuscitation (S.C.A.R.E) and Universidad Nacional de Colombia., is to share a simple and practical set of 10 rules that must be followed in order to achieve successful resuscitation.

REBOA is a minimally invasive technique using a balloon catheter to temporarily occlude large vessels in support of hemorrhage control. Hemorrhage leads to cardiovascular collapse then death unless blood flow to the heart muscle and brain is maintained. For patients with truncal hemorrhage, resuscitative aortic occlusion helps maintain blood flow to critical organs until the hemorrhage can be definitively controlled via surgery. Until REBOA, resuscitative aortic occlusion required an invasive surgical procedure which resulted in high mortality and significant resource usage. The ER-REBOA™ Catheter is specifically designed for use during REBOA.

Resuscitation is a monthly international and interdisciplinary medical journal. The papers published deal with the aetiology, pathophysiology and prevention of cardiac arrest, resuscitation training, clinical resuscitation, and experimental resuscitation research, although papers relating to animal studies will be published only if they are of exceptional interest and related directly to clinical cardiopulmonary resuscitation.

The difference between the current survival rates and what is possible has given rise to the need for Resuscitation Central, where you can find the latest non-commercial information on new approaches and technologies making improvements possible. Serving as an educational and informative portal for all things resuscitation, this site aims to provide physicians, nurses, and emergency personnel with valuable clinical information, expert resources, and a fresh look at all facets of resuscitation today.

We provide education and reference materials to healthcare professionals and the general public in the most effective methods of resuscitation.

The mission of the Resuscitation Consortium is to provide infrastructure and project support for clinical trials and other outcome-oriented research in the areas of cardiopulmonary arrest and severe traumatic injury that will rapidly lead to evidence-based change in clinical practice. The focus on prehospital and early hospitalization interventions recognizes the critical importance of this time frame and early congruence between the emergency cardiac and trauma populations.

ROSC-U™ is our new Electromechanical Mechanical CPR Device based upon the Weil™ Mini Chest Compressor currently being used by both EMS services and hospitals to improve patient outcomes.

The goal of the Resuscitation Academy is to improve survival from cardiac arrest. This will be achieved through the enrollment of EMS managers, EMS directors and EMS medical directors, in a program conducted by Seattle Medic One and King County EMS.

The Australian Resuscitation Council produces Guidelines to meet its objectives in fostering uniformity and simplicity in resuscitation techniques and terminology. Guidelines are produced after consideration of all available scientific and published material and are only issued after acceptance by all member organisations.

Critical Care and Resuscitation (CC&R) is the official scientific journal of the College of Intensive Care Medicine (CICM). The Journal is a quarterly publication (ISSN 1441-2772) with original articles of scientific and clinical interest in the specialities of Critical Care, Intensive Care, Anaesthesia, Emergency Medicine and related disciplines.

Bringing resuscitation to the world. The offers a wide range of courses and guidelines concerning modern-day CPR.

Heart and Stroke Foundation of Canada

The International Liaison Committee on Resuscitation (ILCOR) was formed in 1992 to provide a forum for liaison between principal resuscitation organisations worldwide. Although the criteria for participation were not closely defined, member organisations were expected to have an accepted remit for creating resuscitation guidelines, preferably for more than one country, and to be multidisciplinary in membership.

The Neonatal Resuscitation Program® (NRP®) course conveys an evidence-based approach to care of the newborn at birth and facilitates e​ffective team-based care for healthcare professionals who care for newborns at the time of delivery.

Setting the standard for resuscitation and first aid in New Zealand.

The primary topics of interest in Scandinavian Journal of Trauma, Resuscitation and Emergency Medicine (SJTREM) are the pre-hospital and early in-hospital diagnostic and therapeutic aspects of emergency medicine, trauma, and resuscitation.

This history of people-freezing, in one nifty timeline.

NeoResus is a specialized training program that has been designed to standardize the way in which newborn resuscitation is taught in Victoria and other areas of Australia.