We’re redefining death, to the point that somebody we thought for sure was dead two or three years ago, well, they’re not dead anymore - Jose Garcia MD 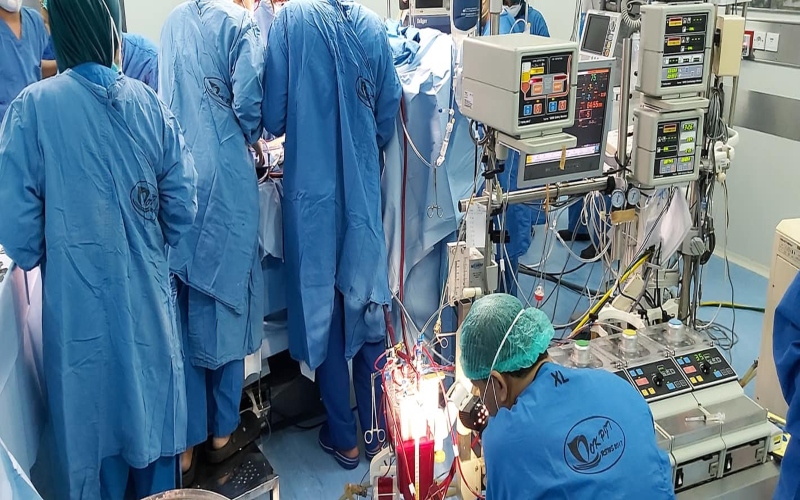 One night, in February, a group of intensive-care-unit doctors and I sat down with Marc Gopin to talk about his sister. For nearly a week, after a bad case of the flu, Reissa Leigh had been dependent on a respirator. Her lungs had been badly damaged, her oxygen level was dangerously low. Gopin steeled himself to hear us say that we had done everything: his sister was going to die.

Instead, we offered one more option: a bypass machine for a process called Extracorporeal Membrane Oxygenation ECMO that would draw blood out of his sister’s body through a large catheter, add oxygen and remove carbon dioxide, and then return the blood back to her.

ECMO is widely used as a technique to treat critically ill patients with cardiogenic shock and cardiac arrest. It can be placed in a variety of settings and by a variety of physicians. Advances in technology have led to reduced costs, and ECMO may be less expensive than some percutaneous mechanical support devices, which enhances its utility. The use of ECMO is likely to climb, and therefore, knowledge of the management and weaning of patients is increasingly important. Complications are not infrequent and need to be balanced against the potential benefits of this mode of therapy.

Father of ECMO Inspires Next Generation of Doctors and Researchers

His "outrageous" idea that saved thousands of babies shows the importance of big thinking.

The theory behind ECMO sounds relatively simple. The machine takes the place of the damaged lung until it gets better, or, in some cases, can be transplanted.

Pneumonia. Dehydration. Emergency C-section. ARDS. Full life support. Airlifted. Drug-induced coma. ECMO. Recovery. This is a place for me to write about what happened.

The goal of this site is to raise the awareness of ECLS in the Emergency Department. We want to show you how you can use percutaneous cardiopulmonary bypass in your emergency department. So stop with the crappy one-handed CPR already! Come with us as we change the world of resuscitation!

ELSO will be the premier organization providing education, training, research, and data management for the advancement of extracorporeal life support throughout the world.