Where in health am I? : Home / Health Cloud / Professionals / Doctors / Specialties / Military Medicine

Mankind must put an end to war before war puts an end to mankind - John F. Kennedy 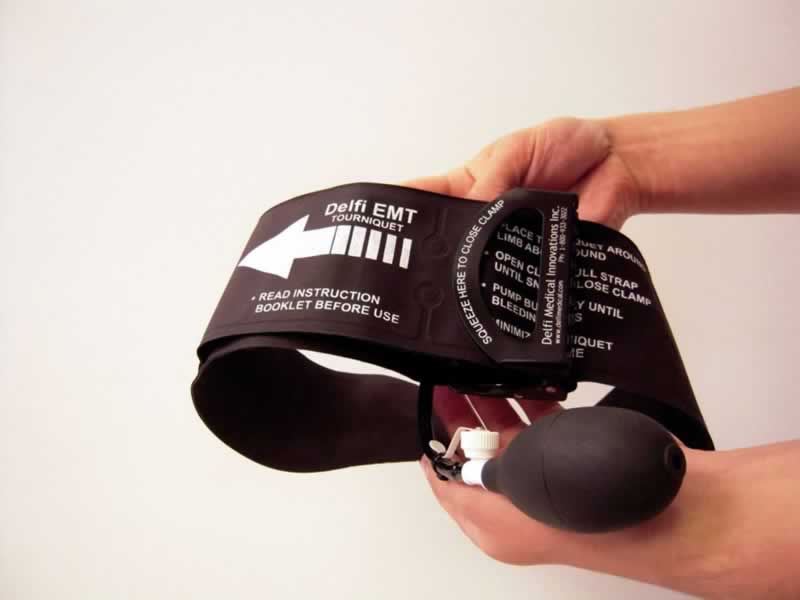 Hippocrates is quoted as saying that ‘war is the only proper school for a surgeon’. Certainly, medical services have been associated with the military since the days of Ancient Greece. This relationship declined in the Middle Ages, but after a radical reorganisation of medicine during the 1700s the links between the two grew stronger with each passing year.

War and new jobs in medicine

There is much debate about how much influence war and medicine have had on each other. In some cases war moves medical practices and innovation forward, or refocuses research into specific conditions. Both orderlies and nurses were specialised roles that emerged and developed later than surgeons and physicians.

Numbers of other specialists including physiotherapists and administrators, who managed the casualties, also grew during the 1900s.

The human suffering caused by war

War causes distress, displacement and death. Between 1955 and 2002 more than 5.4 million people died in wars in 13 countries; 72 million people died in the Second World War (1939-45) and almost 40 million in the First World War (1914-18). The vast degree of human suffering caused by warfare has prompted medical innovation, with the sheer numbers of severely injured people pushing developments in medicine in order to reduce human suffering. But the effects and damage of war are long lasting - both physically and emotionally. And some of the damage is permanent.

Until the 1900s, wars impacted on soldiers more than the civilian population. It was also true that more soldiers died of disease than from wounds received in battle. Roman surgeons prevented severe outbreaks of disease by locating military camps away from dangerous swamps. However, disease still caused a number of casualties. Roman surgeons were skilled in the art of tourniquets to stop bleeding and amputation to prevent the spread of gangrene.

By the 1500s and 1600s guns and cannons replaced swords and spears, presenting army surgeons with new types of wounds. Innovative methods of treatment were tried in the field by French surgeons such as Ambroise Paré. Yet despite the new weapons, soldiers continued to die mainly from disease rather than their wounds throughout the 1700s. Doctors had little influence on military practice as there was no insistence on general hygiene amongst soldiers.

Developments in treatments through war

By the Napoleonic Wars (1803-15) there were still no orderlies to care for the wounded and stretcher-bearing was done by regimental musicians. In the Crimean War (1853-56) 16,000 British soldiers died of sickness and only 2600 were killed in battle. The Crimean War influenced the development of professional nursing and transportation of patients, as did the later American Civil War (1861-65). In the South African War (1899-1901) doctors gained experience in small-calibre rifle wounds and found antiseptic techniques were effective in treating gunshot wounds. Field hospitals were used for the first time in this war.

In the First World War measures to prevent the spread of infectious diseases, including mobile laboratories, tetanus antitoxin and vaccination against typhoid, limited the effect of disease. However, outbreaks of disease such as the devastating Spanish flu pandemic in 1918 during demobilisation were a continuous reminder for doctors to be vigilant. There were new developments in orthopaedics, neurosurgery and psychiatry. The First World War has traditionally been viewed as having a positive impact on scientific medicine. Developments on the battlefield in specialties such as orthopaedics were later used to treat the civilian population.

Women in the First World War

The First World War also saw a huge increase in the number of female nurses and male orderlies working in field hospitals near the fighting. Owing to the shortage of men, the War Office was forced to use women to drive ambulances and work in factories. Members of several independent women’s groups performed as surgeons in the war zone, although they were barely recognised for their efforts.

Medical specialities, drugs and blood: wars in the 1930s

During the Second World War developments were made in drugs such as penicillin and medical specialities focused on plastic surgery, rehabilitation and tropical diseases such as malaria. Additionally, experience from the Spanish Civil War (1936-39) demonstrated that blood could be stored and then safely transferred from patient to patient.

People in England during the Second World War

During the Second World War, inspections of volunteers and conscripts, and of those children evacuated from inner-city slums to escape bombing, exposed the poor health of some citizens. Steps were taken to improve the health of those at home, particularly children and mothers, with better nutrition and control of conditions such as scabies.

Improved treatments during the Korean and Vietnam Wars

Trauma care for the civilian population was influenced by medical advances during the Korean War (1950-53) and Vietnam War (1959-75). These advances included using helicopters to transport soldiers and the development of the mobile army surgical hospital (MASH) unit, which was designed to bring experienced surgeons closer to the front lines so that wounded soldiers could be treated more quickly. During the Korean War, a seriously wounded soldier who arrived at a MASH unit had a 97% chance of survival after treatment.

The impacts of war

War has certainly had an impact on medicine. The numbers of injured and diseased soldiers and the need to maintain a strong military force to defend the nation ensured that the medical treatment of the military was prioritised. In times of peace some of these developments have been used to treat the civilian population. While some wars are viewed as more influential on medical practice and innovation than others, the carnage and waste of war outweigh any positive aspects of conflict, even for medicine."

VA And Military Health Care Are Separate, Yet Often Confused

A Brief History of Military Contributions to Ethical Standards...

Advances in Military Medicine and Hygiene during the American Civil War were "transitioned" into standards of medical care practice during the latter part of the 19th century.

Beyond the Battlefield is a 10-part series The Huffington Post ran on consecutive weekdays starting Oct. 10, 2011. It is an exploration of the challenges, victories and problems that catastrophically wounded soldiers encounter after returning home from the battlefields of Iraq and Afghanistan.

Although developments in military medicine in Russia languished behind those in Western Europe for centuries, reforms implemented by the likes of Scot James Wylie and Nikolai Pirogov from the late 18th to mid-19th centuries made Russian medical treatment on the battlefield among the most progressive in the world. )

Over the last 150 years, new surgical techniques, powerful painkillers, antibiotic drugs, and speedy triage and evacuation procedures have revolutionized military medicine. In this quiz, archival photos capture soldiers and doctors on and off the battlefield as well as the tools they used to practice combat medicine.

The Origins of EMS in Military Medicine

Though EMS as medical treatment of a patient prior to and during transportation to the hospital may have roots dating back centuries, it is only since Napoleon’s European campaigns that we can draw a direct line from his system for moving combat casualties to today’s EMS. Napoleon’s physician, Dominique-Jean Larrey, developed a system specifically for transportation of battle casualties (the “flying” ambulance), which was introduced into the U.S. Army during the Civil War.

The recent Ebola outbreak and other biological and medical threats underscore the fact that it is US military docs who are on the frontline in keeping America safe.

Hippocrates is quoted as saying that ‘war is the only proper school for a surgeon’. Certainly, medical services have been associated with the military since the days of Ancient Greece. This relationship declined in the Middle Ages, but after a radical reorganisation of medicine during the 1700s the links between the two grew stronger with each passing year

Military Medical News is a highly regarded medical newspaper circulated monthly throughout the United States and read by thousands of medical personnel within our armed Forces. In addition, numerous civilians who have left the military look to Military Medical News as a source of up to date information regarding the medical and healthcare changes occurring within the U.S Military Healthcare System.

Discover the many opportunities and benefits available through military

This annual event provides an academic-based venue to discuss and distribute new scientific knowledge resulting from military-unique research and development. In addition, it provides a scholarly forum for planning and development of future studies aimed at optimizing care for members of the Uniformed Services in operational settings.

Military OneSource is a confidential Department of Defense-funded program providing comprehensive information on every aspect of military life at no cost to active duty, National Guard, and reserve members, and their families.

Operational Medicine is the healthcare provided in unconventional settings where important resources may be significantly restricted. These resources could include limited supplies, expertise, time, location, or climate extremes.

Veterans Today (VT) is an independent online journal representing the positions and providing news for members of the military and veteran community in areas of national security, geopolitical stability and domestic policy. All writers are fully independent and represent their own point of view and not necessarily the point of view of any other writer, administrator or entity.

Forum for Disaster and Military medicine.

MilitaryConnection.com is one of the most comprehensive online directories of resources and information for military, veterans and their loved ones.

We started Military.com in 1999 to revolutionize the way the 30 million Americans with military affinity stay connected and informed. Today, we're the largest military and veteran membership organization — 10 million members strong.

Navy Medicine is a thriving, global health care system fully engaged and integrated in providing high quality health care to beneficiaries in wartime and in peacetime.

Military medicine is a vast subject which covers everything from basic hygiene through battlefield necessities like battle dressing bandages, first aid kits, and ambulances to complex and life-saving surgery, from spraying to suppress mosquitos through long-term recovery from tramautic wounds.

Health news and commentary from around the Web related to military medicine.

Military medicine is a unique field. From ensuring the health of troops to dealing with violent injuries, medical teams work to keep soldiers fighting fit.