Where in health am I? : Home / Health Cloud / Professionals / Doctors / Specialties / Women Physicians 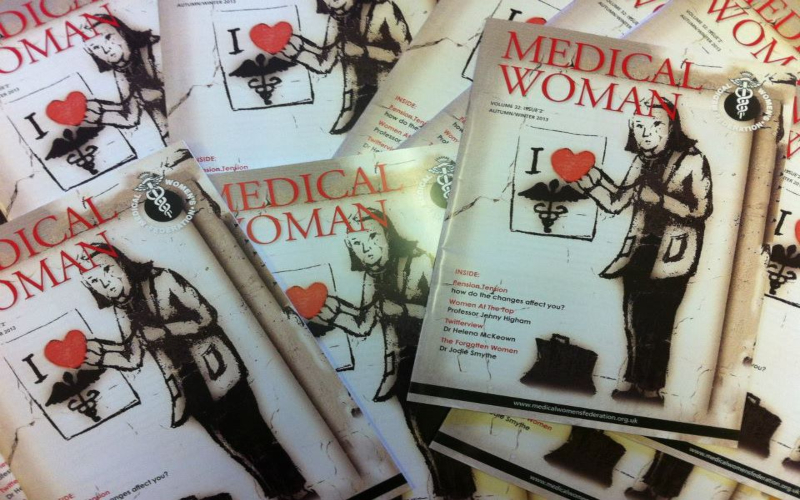 A friend asked me to give a pre-med student some advice about a career in medicine. That request made me think about the one thing I most wish someone had told me about: the challenges of being a woman in medicine.

One issue I often encounter is being mistaken for a non-physician staff member. I used to gently correct these errors and continue on with my day. But one comment from a patient made me change the way I approach these situations.

I had been taking care of a pleasant elderly gentleman who was in the hospital after a leg amputation. It’s not uncommon for patients to meet several physicians during a hospital stay, so I re-introduced myself the second day I saw him. “Hello,” I said. “I’m Dr. Julia Reilly.” I didn’t expect his response: “Oh. I’ve been picturing Dr. Reilly as a strong, male doctor.”

I’m not sure why that was my “tipping point,” but it was. It made me look back and think about how incidents like that have affected me, consciously and subconsciously, over the course of my training. It also made me wonder what I would have wanted a medical student to have learned from the situation if one had been in the room with me.

Such interactions aren’t rare. Last week, I spent 75 minutes with a new patient and, after we had discussed his assessment and treatment plan, he asked to “speak with a physician.” Last month, a different patient told me he preferred male physicians because he felt he could “trust them more.”

Each time I’m not recognized as a doctor, or a patient dismisses my advice in favor of a male physician’s, I question myself.

Much attention has been drawn to “impostor syndrome,” a phenomenon characterized by feelings of self-doubt and fear of being discovered as an intellectual fraud. Imposter syndrome is troubling for various reasons. One is that it is highly associated with burnout, and is the strongest predictor of psychological distress among medical, nursing, and dental students.

I’m not surprised that women in medicine demonstrate higher levels of impostor syndrome than their male colleagues. Perhaps these feelings of self-doubt are responses to the obstacles that women in medicine face, such as a dearth of women physicians holding top department leadership positions, the gender pay gap, and, as my research group discovered, being underrepresented as recipients of recognition awards from medical societies.

Until this year, I had not discussed my experiences with implicit (unconscious) bias or workforce disparities with any of the medical students I had mentored, and I had seldom discussed these issues with my mentors. Yet these discussions are an essential part of medical education.

I have been fortunate to be mentored by an experienced physician who has kept open an honest dialogue with me about the nearly universal hurdles that women physicians face today — and that are even more profound for those who are also facing other challenges, such as having a disability or being a person of color. Indeed, overlapping social constructs often elevate the barriers that women physicians encounter. With my mentor’s guidance, I have become more educated about diversity and inclusion and therefore feel more empowered and prepared to succeed in academic medicine. I have also become more vocal about my experiences as a female physician.

Sadly, not all my colleagues have had this kind of opportunity

I believe that mentors should initiate honest discussions with their female trainees about the unconscious biases and workforce disparities they may face. That way, trainees can feel primed for the challenges and supported in knowing they are not alone. I encourage female physicians to speak more candidly about their experiences in medicine — good and bad — and to share them with their colleagues through various mediums. I have started to have these discussions with the younger physicians I now mentor.

I support increasing communication and networking between women physicians in different fields of medicine, as well as with those in different health care professions. An excellent way to participate in this effort is to join the virtual community across all fields of medicine that has developed around the #ILookLikeASurgeon and #ILookLikeAPhysician campaigns on Twitter.

These discussions aren’t just for women. Male physicians should be part of them, as they share in the responsibility to mentor and support female trainees. I am encouraged by Dr. Douglas Merrill’s recent opinion piece in the Journal of the American Medical Association, which urges physicians, especially male physicians, to speak up when they see abusive behavior directed at the their colleagues, as well as by the #HeForShe campaign.

At the end of my email to the pre-med student, I added a short paragraph in which I asked her to start thinking of herself not only as a future physician, but as a future female physician. I indicated that her experience in medicine would be different than that of her male colleagues. I suggested that she seek out strong women mentors and encourage her friends to do the same.

I also told her that I thought there has never been a more exciting time to be a woman in medicine, and I cannot wait to see the type of change this generation will make.

Let’s have honest conversations with this generation and the next so we validate the experiences of all women in medicine and they know that they are not alone — or imposters.

Source: Julia M Reilly, I wish someone had told me about the challenges of being a woman in medicine, STAT, August 21, 2017.

Many of us would not be here today if not for these next famous female doctors and influential women in history that shaped the world as we know it!

Research shows that almost 40% of women physicians go part-time or leave medicine altogether within six years of completing their residencies. Here’s what’s behind the early exodus — and what pioneering institutions are doing to entice more women to stay.

Women in America are, generally, treated like shit; despite advances made by women working across sectors, from the judiciary to big business to the medical industry, society is largely governed by old white men.

'Family-Friendly' Occupations for Women Are a Myth

Being a Doctor Is Hard. It’s Harder for Women.

Female medical residents and physicians endure bias and a larger burden with home duties. They also face a greater risk of depression.

Female doctors are good for your health, but they experience a gender pay gap, discrimination, burnout and depression

Nearly 60 per cent of family doctors in Canada under the age of 40 now are women. This means that over time, family medicine stands to become an increasingly female-dominated practice.

Medicine should be heralded as the star pupil of modern feminism- at least that's what a recent New York Times article would have you believe. Female physicians expressed outrage on Twitter and decried the idea that medicine is a family-friendly profession.

Female doctors are more likely than other professionals to have children and keep working. The reasons offer lessons for other jobs.

Many reasons have been offered to explain the gap between the salaries of male and female physicians and scientists, between their levels of federal funding for research and their academic promotions. One pervasive problem has been overlooked. I call it “the invisible woman” problem.

I’m a young black woman. Why do so many people assume I’m not a doctor?

After a decade of schooling, after finishing medical school and starting my residency, it’s maddening when people misunderstand the role I play in the clinical setting — even when I’ve introduced myself, I’m wearing my credentials, and I’m wearing my long white coat.

The patient called me ‘colored girl.’ The senior doctor training me said nothing

Medicine struggles with a chronic disease: racism. Medical schools try to combat this disease with diversity initiatives and training in unconscious bias and cultural sensitivity. I’m about to graduate from the University of Virginia School of Medicine, so I’ve been through such programs. They’re not enough.

Want to save 32,000 lives a year? Get male doctors to practice more like women.

Female physicians earn less than male doctors. And now it seems that they may actually deliver better health care for patients in certain situations.

A friend asked me to give a pre-med student some advice about a career in medicine. That request made me think about the one thing I most wish someone had told me about: the challenges of being a woman in medicine.

Led by Dr. Linda Brodsky, the Women MD Resources team has spent more than 30 years confronting and mastering the unique challenges of the healthcare workplace. From top academic institutions to private practices, operating rooms to research labs, hospital administration offices to heated courtrooms, we’ve gained the collective experience and expertise that has allowed us to successfully positively impact the lives of hundreds of women physicians along the way.

Our goal is to encourage and support women physicians, residents, medical students, premeds and nurses not only in their careers but also in life and home.

Mothers in Medicine is a group blog by physician-mothers, writing about the unique challenges and joys of tending to two distinct patient populations, both of whom can be quite demanding. We are on call every. single. day.

Physician Moms Group is a global online community that was founded in 2014.

Association for Women in Science

The was founded in 1917 and is now the largest, most influential body of women doctors in the UK.

Sutured for a Living

I am a plastic surgeon in Little Rock, AR. I used to "suture for a living", I continue "to live to sew". These days most of my sewing is piecing quilts. I love the patterns and interplay of the fabric color. I would like to explore writing about medical/surgical topics as well as sewing/quilting topics. I will do my best to make sure both are represented accurately as I share with both colleagues and the general public.

AAUW has been empowering women as individuals and as a community since 1881. For more than 130 years, we have worked together as a national grassroots organization to improve the lives of millions of women and their families.

A variety of resources for women's health professionals

The Hormone Health Network helps you and your health care provider have more informed discussions about hormones and health. Our free, online resources come from the most advanced clinical and scientific expertise in endocrinology.