Where in health am I? : Home / Health Cloud / Public Health / Careers 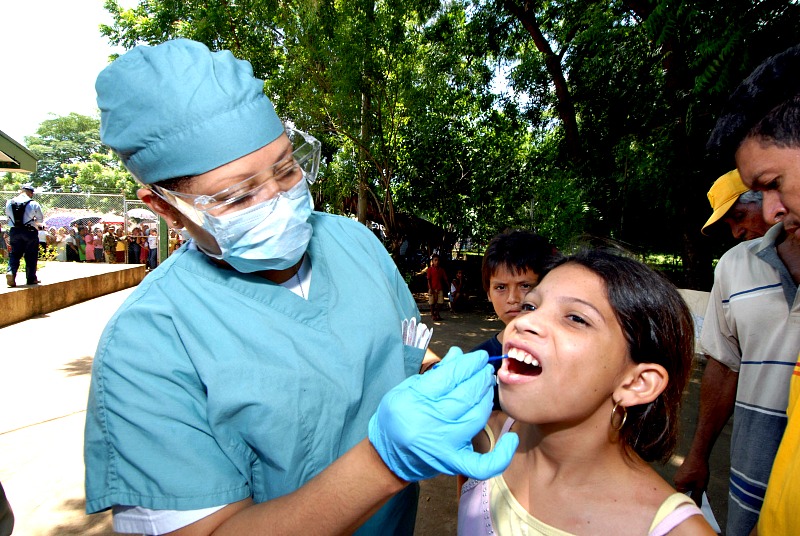 The United States receives tremendous benefits from public health spending — with far more value per dollar than with most other types of health care spending.

We reviewed those benefits in a recent article, suggesting that more such spending should be considered. Then Upshot readers weighed in with their choices of what public health campaigns they’d like to see. Those included more help for mothers and babies (the Nurse-Family Partnership), and a greater focus on diabetes, nutrition, gun deaths (including suicide), loneliness and the harms of sharing hypodermic needles.

We asked some experts — officials who run public health departments, academics and leaders of funding organizations — what they think we should be doing in public health, and a few themes emerged.

Although we spend huge sums on health care, it’s not always on the right things.

“The key to better health isn’t always to build more hospitals and train more specialists,” said Vivek Murthy, the former surgeon general. “In fact, it usually is not.”

That’s where public health comes in. Consider antismoking commercials late in the last century, for example. Or as Richard Besser, the president and chief executive of the Robert Wood Johnson Foundation, put it, public health has kept us safe “from infectious diseases through immunizations, information, mosquito control and food safety.”

“It ensures that our water is safe to drink and our pools and lakes are safe for swimming,” he added. “It provides screening for cancer and works to prevent injuries.”

Karen DeSalvo, a former New Orleans health commissioner, said: “Of the $1 trillion in federal spending, only 1 percent is on public health — an infrastructure that saves lives” and that can “reduce suffering and improve community well-being and vitality.”

We could do a better job at providing access to the things we know that already work. Ursula Bauer, who manages the nation’s chronic disease prevention portfolio at the Centers for Disease Control and Prevention, said, “Not all adults have access to appropriate cancer screenings, and we don’t do a good job of managing high blood pressure.” She added: “It’s very difficult for most Americans to integrate routine physical activity into our lives. We don’t have destinations within walking distance or sidewalks to get there. We can’t find the stairs to use in most buildings.”

Thomas Farley, the health commissioner for Philadelphia, said, “There’s a lot of money to be made selling products that, over the long term, kill people.” These include tobacco, alcohol, unhealthy food, addictive drugs (legal and illegal) and guns.

Dr. Bauer said policies could do better at using carrots and sticks, including taxes and subsidies, in these cases: “There are more incentives and opportunities for people to consume unhealthy foods and beverages than there are for them to make healthy food and beverage choices.”

‘Deep divides of race and income’

Another theme that emerged was that we could do a lot more in addressing disparities across race and class.

“Public health needs to take a leadership role in confronting and influencing the social, political and economic factors that determine population health,” said Sandro Galea, the Robert A. Knox professor and dean of Boston University’s School of Public Health.

“The patterns of disease and death track along this nation’s deep divides of race and income,” said Mary Travis Bassett, the former New York City health commissioner, who recently took a position at Harvard. She said America needed to divest in prisons and “put that funding toward new systems of justice, better housing or universal child care.”

The opioid crisis is one of America’s most urgent problems. Rhode Island has shown promise in being able to reduce overdose deaths by offering prisoners medications to treat addiction while they’re incarcerated and after they’re released.

Other initiatives can be tailored to meet the needs of various populations. Older and low-income residents of Boston have benefited from the receipt of specially formulated meals — such as those with soft food or with low cholesterol. According to a study in Health Affairs, those receiving such meals had fewer hospital admissions than those who didn’t.

For others, housing assistance may be the most direct way to improve health. That’s why the Boston Medical Center — the city’s principal hospital for low-income and underinsured residents — is investing in affordable housing and referring patients to community housing programs.

Such efforts aren’t unique to Boston. A project in California is providing meals to Medicaid-enrolled cancer patients. In Ohio, a program backed by Nationwide Children’s Hospital, which serves low-income children, is helping finance its affordable housing initiatives, including rehabilitating run-down housing units.

We could also do a better job addressing things we know that kill. Gun safety and education could decrease accidents and deaths, Monica Bharel, commissioner of the Massachusetts Department of Public Health, told us.

She also pointed out likely problem areas in the future, including e-cigarettes and vaping; the consequences of marijuana legalization; and social isolation.

Dr. Murthy said a shift toward school- and community-based programs to strengthen emotional health would be worthwhile. “Such programs have been shown to reduce violence, smoking, alcohol and drug addiction and mental illness,” he said.

The 2016 Surgeon General’s Report by Dr. Murthy lists several evidence-based school and community programs to address these issues. They include, for example, The Fast Track Program, which identifies children with high rates of aggression and aims to improve their social and educational skills.

Dr. Murthy also argued that “the way the Congressional Budget Office scores health legislation does not recognize much of the cost savings from prevention, which creates a further disincentive for legislators to pursue prevention-oriented legislation.”

Few public health initiatives will make anyone wealthy. In the American political environment, that makes it difficult to organize a winning coalition for any specific policy.

But that outlook misses a crucial fact about public health: Many campaigns have achieved a rare double victory: They have lengthened and improved lives, and they have also saved more money than they’ve cost.

Source: Austin Frakt and Aaron E. Carroll, What the Experts Want Us to Know About Public Health, The Upshot, The New York Times, September 4, 2018.

The Public Health Field is one that is growing quickly. More people than ever before are starting their careers in this field due to its growth and the benefits that it offers to them.

The sudden death of public health scholar Professor David Sanders has left people across the globe shocked and with a deep sense of loss. David was still, at the age of 74, actively involved in research, writing, teaching, mentoring and activism. This, after a long career that saw him contribute enormously to many African countries’ health sectors – most notably in Zimbabwe and South Africa.

In response, I usually note that the history of public health is in fact rooted in engineering. One key historical figure of epidemiology and public health was John Snow, a physician whose sleuthing in London in 1854 identified the source of a cholera outbreak in a public water pump, a technology that I’m sure was ‘high tech’ for the 19th century.

Are You Cut Out For A Career In Public Health?

There’s a lot to discuss in terms of what it takes to be cut out for working in public health, but I think the most important point to consider when looking at any career field is job prospects. Understanding what your actual job prospects are before pursuing an expensive degree or risky career change can help you to understand what you’re day-to-day is probably going to look like

The social network can influence how and when people respond to disease, and how we manage death and dying. “Facebook has this massive and powerful platform [that] can be deployed for health care,” says Dr. Eric Topol, director of the Scripps Translational Science Institute.

What in the World is Public Health?

Those who work in public health may have very different roles, but are all trying to improve the health and well-being of a community. The field of public health works across disciplines and fields to promote and to accomplish lifesaving public health initiatives from polio vaccines to hand-washing to wearing seat belts. It’s also about making sure people are prepared for and have access to stable jobs, safe neighborhoods and quality education.

Why Are We Not Dead Yet?

The most important difference between the world today and 150 years ago isn’t airplane flight or nuclear weapons or the Internet. It’s lifespan. We used to live 35 or 40 years on average in the United States, but now we live almost 80. We used to get one life. Now we get two.

What the Experts Want Us to Know About Public Health

Welcome to Careersinpublichealth.net, a comprehensive informational guide to public health careers in the United States. The information displayed on this site is freely available to users outside the country as well. On this website, you will find all of the information you need to make a decision about a career in public health:

Public Health Online began in early 2014 with Dan Schuessler and Wes Harris. Our vision is to provide students, parents and general readers with accurate and expert-driven information and resources about public health topics, careers and the post-secondary educational landscape. We want our in-depth guidebooks and degree- and subject-focused pages to help anyone interested in public health make informed decisions at every turn.

PublicHealth.org publishes free healthcare-related resources for students, professionals, and patients. Many of our articles help prepare current and prospective public health students for college and beyond. We create rankings of schools that offer public health programs, including bachelor's, master's, and doctoral degrees. These rankings list the best schools nationwide and by state to ensure prospective students can find a school that suits their needs.

From domestic and international terrorism, to the threat of disease epidemics, to a lack of access to clean water and vaccinations for people all over the world, the significance of public health initiatives and the people that make them possible has never been clearer. Public health systems are complex, and many of the most significant public health issues need to be dealt with on a global scale.

Association of Schools and Programs of Public Health

ASPPH is the voice of accredited public health education, representing schools and programs accredited by the Council on Education for Public Health (CEPH).

The Public Health Associate Program (PHAP) is a competitive, two-year, paid training program with the Centers for Disease Control and Prevention. PHAP associates are assigned to a state, tribal, local, or territorial public health agency and work on prevention alongside other professionals across a variety of public health settings.