Where in health am I? : Home / Health Cloud / Public Health / Healthcare Systems / France

In France we have a saying, 'Joie de vivre,' which actually doesn't exist in the English language. It means looking at your life as something that is to be taken with great pleasure and enjoy it - Mireille Guiliano 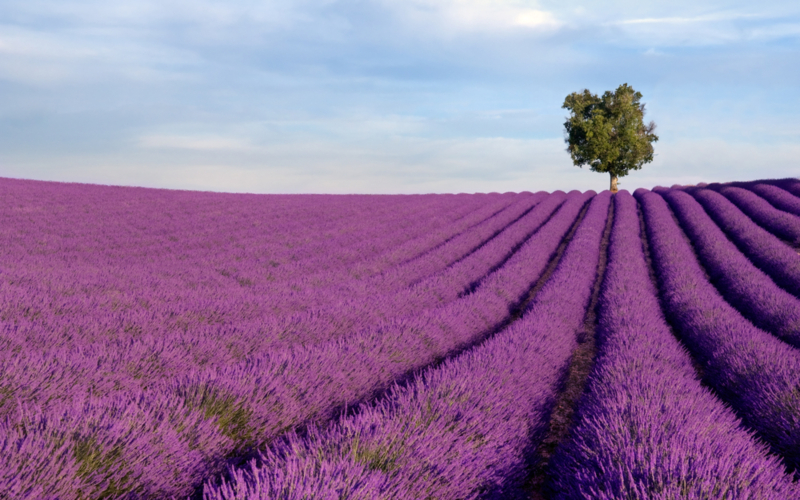 Among themselves the French can be highly critical of the care provided by their nation’s hospitals and doctors, yet they are always ready to defend the French health care system, considered to be one the world’s best. Indeed, in a World Health Organisation comparison of 191 different countries, France came out at number one.

It’s important to be clear, however: Beyond legitimate questions about the WHO’s methodology, the ranking itself dates from 2000. That said, France remains on top of the list, because it was the first and last such ranking conducted by the WHO. Since then, France has occupied a number of positions in other rankings, depending on their criteria and definition of what constitutes a “good” health care system.

A July 2017 analysis by the New York–based Commonwealth Fund compared the health care systems of 11 industrialized countries. They put France at number 10, just above the United States, with the United Kingdom at number one. Yet in another ranking – published in May by The Lancet, it looked at 195 countries – the UK was ranked 26th, while France came in 15th. And in the top position, the tiny principality of Andorra. All this demonstrates just how difficult it is to interpret such rankings.

While no country can rightly claim to have the best health care system in the world, the French appear broadly satisfied with theirs. It certainly has several advantages, such as good access to high-quality care and a growing recognition of patients’ rights. Its weak points are its complexity (citizens often find it hard to navigate) and the limited emphasis on preventative care. Counterintuitively, the French system often acts as though a cure is better than not falling ill in the first place.

The foundations of France’s social-security system were laid in 1945, in the aftermath of the World War II. Because there was no proper government at the time, the National Council of the Resistance, originally created to fight the German occupying forces, established the social safety net, including retirement benefits and public health insurance. Uniting people from across the French political spectrum, it established a social pact to rebuild the country.

France’s health care system has been called “Bismarckian”, as has similarities to the one established in 1880 by German chancellor Otto von Bismarck. The French system was founded on principles of solidarity and redistribution – from all according to their means, to all according to their needs – and access was initially granted in accordance with an individual’s occupation.

The universal right to health care

France later incorporated some aspects of the model designed by British economist William Beveridge. Whereas the unemployed had long been excluded from the system, in 1999 health coverage was extended to the poorest citizens through the “Couverture maladie universelle”, upholding the universal right to health care inscribed in the French constitution. The same year, a special programme (“Aide médicale d’Etat”) was established to cover undocumented residents. The current system is thus an ingenious combination of solidarity and universality.

The French model is made up of public health institutions that account for 61% of hospital beds and other spaces as well as more limited private-sector services. The private sector tends to cover out-patient care (consultations without overnight stays) or, for hospital care, minimally invasive surgery, and patients with relatively straightforward diagnoses.

The quality of health care in France is on a par with other Western countries with a similar standard of living. According to a study conducted in 67 countries, France performed well for five-year cancer survival rates, especially for breast cancer. According to the OECD, France also had good outcomes for critical events such as heart attacks and strokes.

Prestige and resources: a focus on hospitals

Conversely, in the case of diabetes, hospital admission rates were higher in France than other OECD countries. This reflects our hospital-centric approach. Prestige and resources are concentrated on hospitals at the expense of basic health care, which is largely carried out by independent professionals. Yet at 6.7 doctor visits per resident in 2010, France is close to average among OECD countries (6.4).

In terms of funding, the French model provides public health insurance for every citizen as well as long-term residents. Each person has his or her own aptly-named “carte vitale”, which covers the full cost of essential care for the most severe conditions (such as cancer and diabetes) and a portion of the cost of other care. Complementary health insurance is also available, chiefly from private, not-for-profit health insurance funds. While such plans are not compulsory, 95% of French residents have one.

France is also the country with the lowest excess health costs – in other words, the actual amount spent by individuals after reimbursement from the health insurance system. In 2014, this amounted to just 7% of total health spending in France. In Switzerland, where excess health costs are highest, this figure was 27%.

For more than 30 years the French have been repeatedly told by the media and successive governments that our health care system is too expensive. But is this really the case? A closer look reveals that not only is our spending far below that of the United States – the world’s biggest health care spender at nearly 17% of GDP in 2014. Overall, France devoted 11% of its GDP to health the same year, putting it in 5th place among OECD countries, at similar levels to Sweden, Germany and the Netherlands.

Do the French receive good health care? Looking at life expectancy from birth, the answer appears to be yes. According to 2014 statistics, French women live to an average age of 86, among the highest in OECD countries. Men live an average of 79.9 years, which, while less impressive, is still one of the highest. However, this indicator chiefly reflects social, economic and cultural conditions in each country.

Individuals’ life expectancy at 65 is a better indicator of how a health care system is equipped to deal with the pathologies linked to aging. In this regard, France is doing very well: women can expect to live another 24 years (just behind Japan’s average) and men, 19.7 years – the best average in any OECD country. The large gap between life expectancy for men at birth and at age 65 points to the significant number of premature deaths. These are chiefly linked to preventable causes, in particular alcohol and tobacco use.

If there is one criticism to be made of France’s health system, it’s that it perpetuates health inequality related to social background and level of education. In France, the difference in life expectancy between manual labourers and white-collar workers is 6.5 years. This problem affects most countries, and should therefore be of central concern for us all.

Will France’s health care system be able to meet the challenges of an aging population and rising chronic illnesses? To do so, we will need to improve communication and coordination between stakeholders currently working independently – hospitals, outpatient facilities and home care providers, for example – and implement an integrated health care approach. Known here as the “parcours de soins” (an individual health care strategy), it requires reappraising how we fund health institutions and pay independent health professionals. Currently the latter are essentially compensated on a fee-for-service basis, which does not encourage a holistic approach to patient care.

We must also pay attention to the issue of access to health care. For financial reasons, some citizens and residents currently do not seek needed treatment, particularly when it comes to dental and vision care. Others cannot find an independent health care provider that charges the rates reimbursed by national health insurance, let alone consult doctors who charge more – despite the fact that “premiums” have been capped since 2013. Others yet live in areas known as “medical deserts”, where there are no local doctors.

Adjustments to France’s robust and sophisticated health care system can help the country rise to the challenges of an aging population, but only if we use the tools capable of having a broad enough impact, in particular disease prevention and health promotion. The challenge is great: France, where one in three teenagers is a daily smoker, has one of the highest rates of tobacco use among young people.

Source: Laurent Chambaud, How healthy is the French health system? The Conversation, September 21, 2017.

What America can learn from the French health-care system

Luckily, transparency in the price of medical care is a legal requirement in France. The government sets what they consider fair prices for all appointments and procedures, and then reimburses these for everyone at 70 percent. This is not unlike Medicare and Medicaid in the U.S., but because the French government system covers the entire population, it has more bargaining power to keep prices low.

Achieving universal health coverage in France: policy reforms and the challenge of inequalities

This system is described frequently as the French model. In this paper, the first in The Lancet's Series on France, we challenge conventional wisdom about health care in France. First, we focus on policy and institutional transformations that have affected deeply the governance of health care over past decades.

France has been called the best healthcare system in the world by the World Health Organization. And if there's something everyone in the US seems to agree on, it's that US healthcare, well, horribly sucks, although they strongly disagree about why and what to do about it. And yet, to me, the similarities are glaring...

Healthcare in France: A guide to the French healthcare system

France is known for its universal and excellent standard of healthcare. It is regularly rated as the top healthcare system in the world. This is great news for those looking to relocate permanently or vacation in France.

What Can The US Learn From The French Health Care System?

As reported in the first post in this series, the French health care system comes in at or near the top of international rankings, while the US system falls well down the lists. It stands to reason, then, that US health care reformers should have something to learn from the French experience, but just what? There seem to be lessons both for those who are optimistic about US health care reform and those who think reform will be difficult.

How healthy is the French health system?

Among themselves the French can be highly critical of the care provided by their nation’s hospitals and doctors, yet they are always ready to defend the French health care system, considered to be one the world’s best. Indeed, in a World Health Organisation comparison of 191 different countries, France came out at number one.

4 Myths about the French healthcare system you should stop believing

In my experience, doctors have been patient, kind and thorough overall. Quality of care is subjective and largely depends on the doctor — I’ve experienced both sides of the coin. I’ve had great and horrible care in the USA and in France, but overall I’m extremely happy with the French healthcare system, but that’s not to say it’s perfect…. not by a long shot. Let’s look at the French healthcare system pros and cons.