Where in health am I? : Home / Health Cloud / Public Health / Organizations / UK 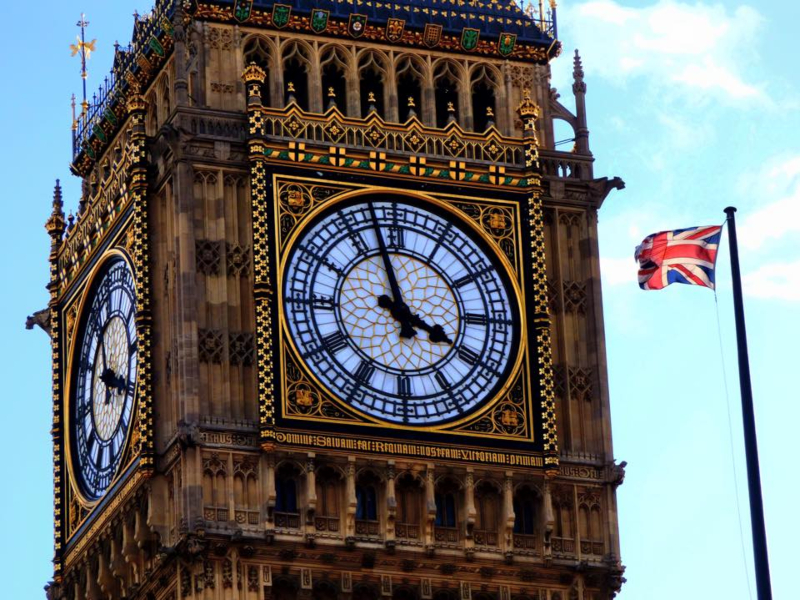 Nothing inspires national pride quite like the National Health Service. More than two-thirds of respondents in a recent poll said they considered the establishment of the institution, which turns 70 this week, to be Britain’s greatest achievement.

But it is a very different thing now compared with its earliest incarnation, when health boards took control of 2,751 of Britain’s 3,000 hospitals, which had been run by charities or local authorities. It is not just the illnesses, facilities, technologies and demographics that are different, but the service’s very purpose.

“When the NHS was founded it was intended to keep the workforce healthy, reduce premature death and allow a dignified end for everyone,” said Robert Freeman, a consultant orthopaedic surgeon. “There has been significant mission creep since and the NHS now has a much broader scope with a focus on prolonging life almost irrespective of quality.”

How has the NHS changed in 70 years?

The number of workers required to cater to the country’s care needs has also grown dramatically. At the time of the NHS’s foundation there were 12,000 full-time-equivalent hospital and community medical staff (doctors and dentists) across England and Wales. Today there are almost 110,000 such positions in England alone.

However, not all things have grown exponentially. The number of beds available in hospitals has dropped dramatically across the decades as care patterns have changed, especially as recovery times from surgery have got shorter.

Over the same period the UK’s population has grown, from about 50 million to 66 million, and the demographic shift towards an older population has heaped pressure on the NHS. When the NHS was founded in 1948, life expectancy was 66 for men and 70 for women. Today, it is 79.2 years for males and 82.9 years for females.

What has it got better at?

Cancer treatment has been a success story, with death rates peaking in the late 1980s before falling back to well below where they were in 1960, linked to the decline in smoking rates. However, survival rates in the UK still lag behind the European average, linked to people being diagnosed late.

Infant mortality rates have been reduced by more than 80% since 1960. Deaths from strokes and heart disease have fallen steeply, linked to greater use of preventive medication including statins and drugs to reduce blood pressure, and to the decline in smoking, which is partly the result of policies such as the indoor smoking ban.

Waiting times for treatment are a nagging sore for the NHS. As of May this year, about 4.2 million people were waiting for consultant-led, non-urgent hospital treatment in England, and almost 3,000 of those had been waiting for more than a year. Accident and emergency statistics are also cause for concern: here the target is for 95% of people to be seen within four hours in standard emergency units; over the winter, the rate fell below 80% in some months.

Mental health care is a key area of concern. The need for care for people with anxiety, depression and other disorders has risen but NHS services are struggling to keep up. Experts say there is an acute shortage of beds, a rising number of cases where patients are sent more than 60 miles (100km) for inpatient care – notably for eating disorders – and a dire lack of specialist personnel such as psychiatrists and specialist mental health nurses.

What about the availability of drugs and treatments?

In the intervening period the service has embraced a wide range of treatments and interventions, in step with scientific breakthroughs and social change, including vaccinations, transplants, contraception, abortion, MRI scanning, IVF, joint replacements, chemotherapy, antidepressants and bariatric surgery.

The prodigious cost – more than £250 for every person in the country – does not cover everything. A special body, the National Institute for Clinical Excellence, was set up in 1999 to decide which drugs are good value for money in England. Its guidelines can be controversial, particularly when it decides that certain drugs, while effective clinically, are not necessarily cost-effective.

On April Fools’ Day in 1991 the NHS in England introduced the internal market. It was a huge shake-up under which health authorities stopped running hospitals and instead began buying healthcare from them or other hospitals for the patients in their area. Thus began the split between “purchasers” and “providers”. The providers became the first NHS trusts, which are still in place today. Scotland, Wales and Northern Ireland have a different system, using health boards, which have no such split.

Twenty years later came another shake-up of the NHS in England, this time so big “you could probably see it from space”, according to David Nicholson, then the service’s chief executive. Hundreds of primary care trusts and other NHS bodies were to be replaced with new GP-led clinical commissioning groups as part of changes designed to put doctors in charge and empower patients.

It became law in 2012, after an unprecedented “pause”, and took effect on 1 April 2013. Theresa May, the prime minister, and Jeremy Hunt, the health secretary, now admit the changes – the brainchild of the then health secretary, Andrew Lansley – have been very damaging.

Can we afford it?

Last month May unveiled plans for a real-terms annual budget rise of 3.4% for the NHS until 2023-24, giving NHS England £20.5bn more a year by the end of the period.

While the money has been welcomed as an essential investment to ease the pressure on the NHS, some argue that it will not be enough to dramatically transform patient outcomes, particularly while social care – provided by local councils, not the NHS – remains patchy and inadequate, resulting in large numbers of older people being marooned in hospitals.

Is the NHS the world’s best health service?

The US-based Commonwealth Fund, a respected global health thinktank, last year ranked the British health system as the best of 11 well-off countries. The NHS performed better than its counterparts on fairness, ease of access and administrative efficiency, although the study acknowledged that outcomes for people with potentially fatal diseases fell short of those in western Europe and Australia.

Spending as a share of GDP is lower than in many western European peers: the government has spent just over 7 percent of GDP on public health each year over the past decade. Including private healthcare spending, the 2016 total was 9.7% of GDP - slightly higher than the OECD average.

A more recent report by the King’s Fund thinktank, which analysed health data from 21 OECD countries, said the UK was falling behind other countries, with among the lowest per capita numbers for doctors, nurses and hospital beds in the western world.

“If the 21 countries were a football league then the UK would be in the relegation zone in terms of the resources we put into our healthcare system, as measured by staff, equipment and beds in which to care for patients,” said the King’s Fund’s chief analyst, Siva Anandaciva.

Last winter more than 186,000 had to wait with ambulance crews outside A&Es for 30 minutes or more before being admitted.

Only three months after the foundation of the NHS, its architect, Nye Bevan, said: “I have been exhorting the general public in the last few weeks to make use of this National Health Service prudently, intelligently and morally, because if too great a strain is placed upon it at the beginning it might break down, and because things are free is no reason why people should abuse their opportunity.”

Seventy years later, his words are prophetic indeed. The catch-22 is that improving people’s health generally prolongs their lives, putting more pressure on the NHS – it costs five times more to look after an 80-year-old than a 30-year-old. Numbers of over-75s and over-85s are due to soar over the next decade, and pressures will only increase.

“The demographic is different, it’s moved on from the idea of fixing people, and now it’s much more about supporting people with long-term conditions,” says Ben Gershlick, a senior economic analyst at the Health Foundation. “That is a different stress on the service.”

Much, but not everything, will depend on funding. Gershlick says a 4% budget hike would enable the NHS to improve the number of mental health patients getting treatment from four in 10 to seven in 10, boost capital spending, reduce waiting times and, crucially, do more in the field of prevention to stop people needing the NHS in the first place.

Anything below May’s proposed 3.4% budget hike would mean few policy alternatives other than trying to maintain current standards, he said.

The longer-term aspiration is to introduce what it is hoped will be more efficient ways of caring, such as by providing more care in or near people’s homes. There are concerns that financial pressures will increase calls for greater privatisation of healthcare. The private sector has always provided some services within the NHS, but there is currently little political support for extending this.

“With the N.H.S. coming under pressure as never before, we are asking patients and the public to use the health service responsibly,” she said, “to help ensure that care is readily available for everyone who needs it.”

Britain's health care system has been broken for quite some time, but it's not beyond repair.

The NHS is under threat. Only a new model of care will save it

The government’s refusal to embrace prevention rather than treatment as the way forward is putting Britain’s greatest post-war achievement in jeopardy.

Is the NHS the world's best healthcare system?

Reasons to celebrate the institution that has changed beyond all recognition since 1948. Nothing inspires national pride quite like the National Health Service. More than two-thirds of respondents in a recent poll said they considered the establishment of the institution, which turns 70 this week, to be Britain’s greatest achievement.

This website is intended for as wide an audience as possible, including the general public, healthcare professionals, government departments and agencies, and educational establishments.

Our website provides information and resources to support health improvement practitioners and organisations working with us to improve Scotland's health and reduce inequalities.

The Department's mission is to improve the health and social well-being of the people of Northern Ireland. It endeavours to do so by ensuring the provision of appropriate health and social care services, both in clinical settings such as hospitals and GPs'' surgeries, and in the community through nursing, social work and other professional services.

The Department of Health (DH) exists to improve the health and wellbeing of people in England.

The Food Standards Agency is an independent Government department set up by an Act of Parliament in 2000 to protect the public's health and consumer interests in relation to food. Everything we do reflects our vision of Safe food and healthy eating for all.

This microsite provides an introduction to the NHS in Wales to understand where services come from and future challenges. It is designed to be used by new entrants to the NHS in Wales and by those who alre ady work within the NHS but want to refresh their knowledge.

The Medicines and Healthcare products Regulatory Agency (MHRA) is the government agency which is responsible for ensuring that medicines and medical devices work, and are acceptably safe.

NICE is an independent organisation responsible for providing national guidance on promoting good health and preventing and treating ill health.

Scotland's Health on the Web

NHS Choices puts you in control of your healthcare. This website has been developed to help you make choices about your health, from lifestyle decisions about things like smoking, drinking and exercise, through to the practical aspects of finding and using NHS services when you need them.