Where in health am I? : Home / Health Cloud / Public Health / Recalls / Food Recalls

The history of government regulation of food safety is one of government watchdogs chasing the horse after it's out of the barn - David A. Kessler, M.D. FDA Commissioner 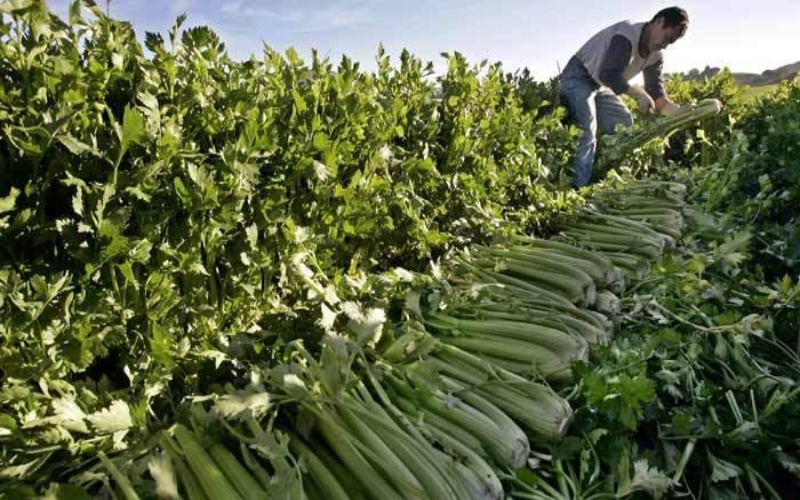 The last word a manufacturer wants to hear is “recall”. During 2017, recalls involved everything from salad mix contaminated with a dead bat to hash browns infused with shredded golf balls.

Not all recalls are created equal. Both the USDA and the FDA have three classifications of recalls to indicate the relative degree of health hazard presented by the product being recalled:

Foodborne illnesses continue to be widespread, as well. In 2017, we saw Robin Hood flour contaminated with E.coli, Soygo yogurt with Listeria, tomatoes, cantaloupe, and ground turkey tainted with Salmonella, and even shredded coconut was responsible for causing a Salmonella outbreak in the United States and Canada. Foodborne illness outbreaks can happen at restaurants, corporate events, private parties, schools and cruise ships—anywhere and everywhere food is served.

Recalls and foodborne illnesses are 100% preventable. Incidents occur because of human error, and all it takes is one weak link to cause serious—and potentially fatal—problems. That’s it. One weak link can cause the traumatic deaths and/or illnesses of customers, and cost your company billions of dollars, loss of sales, plummeting stocks, negative media coverage and a severely damaged reputation.

When there’s a recall or a foodborne illness, products must be destroyed, which is lost revenue for manufacturers, retailers, restaurants, etc. Finding the source of the contamination can be a massive undertaking. The manufacturer may need to close all of their plants for cleaning until the source is identified, which adds up to a tremendous financial burden, and also requires significant time and effort. Class 1 recalls can cost hundreds of millions of dollars or more, to identify the source of contamination, recall products, sanitize facilities, and keep consumers safe.

It takes years for companies to establish a solid reputation, and food recalls and foodborne illness outbreaks can obliterate a brand’s reputation overnight. Consumers lose confidence much faster than they gain it, and bad news travels fast (especially in this time of social media where news spreads instantly and widely). And on top of that, there may be litigation as a result of the recall, incident or outbreak, which will result in attorney fees and potential settlements that could be very significant. If the risk of massive expense and bankruptcy isn’t enough, for the past few years, the U.S. District of Justice has been issuing fines and prison terms to company leaders involved in foodborne illnesses outbreaks and food recalls.

The government, media and general public are holding companies (and their leadership) accountable now, so you’d think that recalls and foodborne illness incidents would be on the decline but, unfortunately, that’s not the case. And with advancements in technology, why are we still having so many issues surrounding the safety of our food?

There are various theories as to why foodborne illnesses may be getting worse. Some government agencies indicate it has to do with farming policies. The CDC disagrees. More widely accepted beliefs are the increase in popularity of organic produce—grown with manure rather than chemical fertilizer—which can transfer bacteria to the produce. Additionally, there’s debate that the use of antibiotics can cause bacteria that causes foodborne illnesses to become resistant.

Recalls may occur for a variety of reasons. Products may be pushed beyond their shelf life by the manufacturer, or maybe the design and development around the product was insufficient (equipment, building, etc.). Is the manufacturing facility designed in a manner that can prevent contamination—structurally and hygienically? Maybe the production quality control checks failed. Did the manufacturer conduct an adequate food safety risk assessment prior to launching the new product? Profit margins are often thin—did financial incentives prevent the company from implementing a thorough food safety program?

Getting back to the basics of food safety would reduce recalls and foodborne illnesses significantly. Manufacturers must be certain about food safety as well as the integrity of the ingredients they use. They need to be honest with themselves and understand the risks of the ingredients, processes and finished products that they are handling.

Human error is a given. It’s the corporation’s responsibility to minimize the risk. Implement ongoing food safety education and training for all employees, explaining the proper food safety protocols and processes. Develop internal auditing systems, using innovative digital tools. Get rid of the pen and paper forms, where it’s more likely for errors to occur and for pencil whipping to happen. Digital solutions provide more effective internal auditing, meticulousness in corrective action systems including root cause analysis, allergen management, and controls relating to packing product into the correct packaging format—all fundamental to keeping foods, consumers and businesses healthy and safe.

Why romaine lettuce keeps getting recalled

Compared to other vegetables, though, our favorite salad bases are by far the most at risk for harboring dangerous bacteria. Unlike fruits and vegetables which grow higher above the ground or are protected by an outer shell or rind, leafy greens grow near the ground in open fields and are therefore susceptible to the germs from soil, water, and animal intestines, says CDC Health Communication Specialist Brian Katzowitz.

When food starts making people sick, the Food and Drug Administration (FDA) and the Centers for Disease Prevention and Control (CDC) swing into action. The federal agencies employ inspectors and sophisticated tech including bacteria DNA fingerprinting via the CDC’s Pulsenet toolkit to track the incidence, spread, and sources of outbreaks, but the science isn’t yet perfect.

The Food and Drug Administration is not moving quickly enough to ensure that contaminated food is removed from store shelves, despite being given the necessary authority, federal investigators have concluded.

Bacterial contamination and undeclared allergens lead the way in causes.

“This is the third time the FDA has started the process of using its mandatory recall authority, but the first time” it’s issued such an order due to a company rebuffing the voluntary recall request, the agency said in a statement.

Food Safety Scares Are Up In 2018. Here's Why You Shouldn't Freak Out

FDA Commissioner Scott Gottlieb has weighed in as well. In a statement last June he wrote, "We believe food is safer than perhaps ever before." He went on: "What's happening is that our ability to identify outbreaks has dramatically improved due to new information technologies and laboratory techniques."

Fruits and vegetables poison more Americans than beef and chicken

According to an estimate from the CDC, produce causes nearly half of all food-borne illnesses, while dairy and eggs cause 20 percent, meat and poultry are the culprits in only 22 percent of cases, and fish and shellfish just 6 percent.

How one contaminated cow can infect millions of pounds of hamburgers

So what's driving these massive food-contamination outbreaks? One possibility is that inspectors are simply getting better at detecting and tracking cases when they do occur. But many experts argue these big outbreaks are one unintended side effect of the centralization of the food industry.

This is just a horrifying paragraph about food safety in America

Salmonella is fairly pervasive in raw chicken, so the USDA sets performance standards rather than require all chicken be salmonella-free. That in itself is fair enough. (Cooking the meat thoroughly at 165°F should kill the bacteria, though this isn't always done.) Yet up until last week, those standards only applied to whole chickens — not to cut-up chicken parts, which are widely sold.

What happens when you have to recall Mars bars from across 55 countries?

Confectioner Mars has ordered a huge recall of fun size Mars, Snickers and Milky Way bars after a customer discovered a small piece of plastic in a Snickers bar in Germany. The plastic was traced back to a faulty machine in a factory in the Netherlands and the recall was made across 55 countries.

Your Produce Is About to Get a Lot Safer to Eat

It would take three recalls and many weeks for the scope of the problem to finally become clear, stoking public outrage over what has become known in France as “l’affaire Lactalis.” In one of the biggest recalls of its kind, the company has pulled more than 7,000 tons of potentially contaminated baby formula and other powdered milk products across more than 80 countries...

Foodborne Illnesses and Recalls on the Rise

The last word a manufacturer wants to hear is “recall”. During 2017, recalls involved everything from salad mix contaminated with a dead bat to hash browns infused with shredded golf balls.

The 8 Weirdest Food Recalls in America

Federal health officials are responsible for taking the reins when everything from bits of plastic to bat remains show up in the foods we chow down on every day. Some of those recalls are run through the Food and Drug Administration, and others come down from the US Department of Agriculture. Those recalls can range from peculiar to downright baffling.

The central goal of the European Commission's food safety policy is to ensure a high level of protection of human health and consumers' interests in relation to food, taking into account diversity, including traditional products, whilst ensuring the effective functioning of the internal market.

To ensure food safety is monitored at every stage of the food chain, the Agency provides advice, practical support materials and funding for inspection and sampling programmes at a national and local level.

Food Safety News is a daily Web-based newspaper dedicated to reporting on issues surrounding food safety. Here we have created one place that pulls it all together for the food safety community and fills a void in our food safety system. It is about using the Web to put as much available food safety information in one place as is possible.

consumption of the food could cause serious health consequences. The CFIA classifies recalls based on the level of health risk associated with the food product being recalled.

FoodSafety.gov is the gateway to food safety information provided by government agencies.

FoodQualityNews.com is a daily online news service available as a free-access website and provides daily and weekly newsletters to subscribers. The service seeks out news stories and data of value to decision-makers in food and beverage development in Europe.

This page contains summary data on active recall cases regarding the food industry.