Where in health am I? : Home / Health Cloud / Public Health / Violence / Incarceration 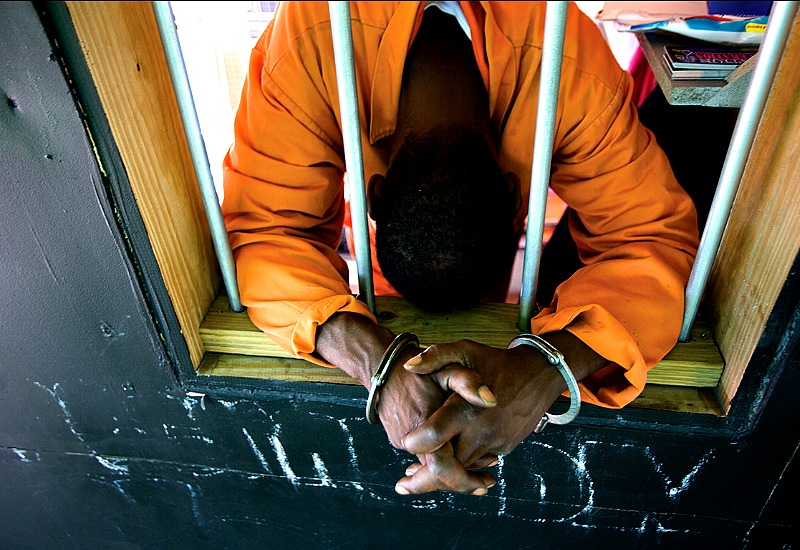 image by: Bread for the World

The Horrible Psychology of Solitary Confinement

"Baz Dreisinger has spent the last decade of her life in prison. A few of them. In New York, Australia, Thailand, Brazil, and a few other countries. But she has never been arrested, nor convicted of a crime.

Baz Dreisinger is a professor at the City University of New York’s John Jay College of Criminal Justice. She founded the Prison to College Pipeline Program where she trains incarcerated individuals in English and creative writing. When her students complete her program, and are released from prison, they are guaranteed a seat at CUNY. Baz is also the author of…

One thing I’ve learned while researching criminal justice reform and teaching college classes in prisons is that the reason the transition to life outside the corrections system is so hard is that there are more than 44,000 indirect consequences of a criminal conviction.

Locked Up: How the Modern Prison-Industrial Complex Puts So Many Americans in Jail

There’s no two ways about it: The United States of America and its 50 state governments love putting people in prison.

People are dying in US prisons, and not just from COVID-19

Although it doesn’t receive the same national media attention as police brutality, there is an ongoing humanitarian crisis in U.S. prisons. As a sociologist, I have researched and written extensively on the history of state prisons – which hold two-thirds of people incarcerated in the U.S. – and the causes of mass incarceration.

The United States imprisons more people than any other country in the world, and a disproportionate number of those prisoners are Black. What are the origins of the U.S. criminal justice system and how did racism shape it? From the creation of the first penitentiaries in the 1800s, to the "tough-on-crime" prosecutors of the 1990s, how America created a culture of mass incarceration.

The case for capping all prison sentences at 20 years

America’s prison sentences are far too long. It’s time to do something about it.

Decarceration can reduce Covid-19 spread. The surgeon general should make that call

Decarceration isn’t just humane for individuals who are incarcerated, whose access to sanitation and competent care is limited. It is essential to flattening the curve for everyone.

Giving ex-convicts healthcare helps all of us

Prisons are not the answer to preventing crime

Rather than getting tough on crime, justice agencies need to get smart on crime. For instance, rather than indiscriminately cramming everyone into prison, justice agencies should use scientifically supported methods to identify which defendants truly pose a danger to others.

A Better Approach to Violent Crime

In our politically fractured age, the problem of mass incarceration is one of the very few issues that brings liberals and conservatives together. The shocking facts of our criminal justice system are surely one reason for this.

A Blueprint to End Mass Incarceration

After four decades of an incarceration paradigm that has drained state coffers and created so many problems, it's time for a holistic and nuanced approach.

Following the Money of Mass Incarceration

Our goal with this report is to give a hint as to how the criminal justice system works by identifying some of the key stakeholders and quantifying their “stake” in the status quo. Our visualization shows how wide and how deep mass incarceration and over-criminalization have spread into our economy...

The United States leads the world in incarceration. A new report explores why — and offers recommendations for fixing the system.

Incarceration Nations: An Exploration of Freedom, Barred and Unbarred

Baz Dreisinger has spent the last decade of her life in prison. A few of them. In New York, Australia, Thailand, Brazil, and a few other countries. But she has never been arrested, nor convicted of a crime... Baz is also the author of ‘Incarceration Nations,’ which is a book about hope, inspiration, and new beginnings. She examines criminal justice systems around the globe. But the book is so much more than that. It represents the creative power one individual has to make change. It examines curiosity as a vehicle for reform. It shows what other countries are doing to empower and disempower their incarcerated populations.

The Stanford prison experiment was the classic demonstration of how power can bring out the worst in us. But now it seems it was more about showbiz than science

Jury Nullification: When the Spirit of Justice Should Rise Above the Law

Just about every American knows that juries have the power to rule whether a defendant deserves to be convicted of a crime. What few Americans know is that a jury has legal power to disregard the facts of the case and exonerate a defendant who has broken a law the jury sees as unjust.

Life Beyond Bars: One Man’s Journey From Prison to College

Proponents of college programs for prisoners contend that if getting a degree is a life-changer for students who haven’t been to prison, it is even more curative for those who have.

Mass incarceration in America, explained in 22 maps and charts

America is number one — in incarceration. Over the past several decades, the country has built the largest prison population in the entire world, with the second-highest prison population per capita behind the tiny African country of Seychelles. But how did it get this way?

Mental health problems are rampant in local jails, often because the illness was a primary factor in the offensive conduct. The cost of caring for and supervising mentally ill inmates makes them two to three times more expensive to house. Once released, they often stop taking their medications, which lands them in trouble with the law and back behind bars.

Presidential Mercy as a Means to More Just Jurisprudence

President Obama commuted the sentences of hundreds of nonviolent drug offenders. But this is a drop in the bucket he should fill up before he leaves office.

The Disturbing Science of Incarceration in the U.S.

Nearly one in 100 U.S. adults is in prison or jail, often as a result of questionable or biased convictions and subject to living (and dying) under conditions that research reveals as extremely inhumane

The Myth of Mass Incarceration

Violent crime, not drugs, has driven imprisonment. And drug offenses usually are for dealing, not using.

Transforming the Incarcerated into Entrepreneurs

The program offers a rare template for success amid some otherwise depressing US incarceration statistics. Today more than 76 percent of people released from prison are back within five years, and as many as 70 percent of children with a parent in prison will follow in their footsteps.

Why Mass Incarceration Defines Us As a Society

Bryan Stevenson, the winner of the Smithsonian American Ingenuity Award in social justice, has taken his fight all the way to the Supreme Court.

The Horrible Psychology of Solitary Confinement

The human brain is ill-adapted to such conditions, and activists and some psychologists equate it to torture. Solitary confinement isn’t merely uncomfortable, they say, but such an anathema to human needs that it often drives prisoners mad.

Five things everyone should know about US incarceration

The United States incarcerates more people per capita than any other nation in the world.

The Innocence Project, founded in 1992 by Peter Neufeld and Barry Scheck at Cardozo School of Law, exonerates the wrongly convicted through DNA testing and reforms the criminal justice system to prevent future injustice

The Bard Prison Initiative (BPI) creates the opportunity for incarcerated men and women to earn a Bard College degree while serving their sentences. The academic standards and workload are rigorous, based on an unusual mix of attention to developmental skills and ambitious college study.

The Equal Justice Initiative is committed to ending mass incarceration and excessive punishment in the United States, to challenging racial and economic injustice, and to protecting basic human rights for the most vulnerable people in American society.

The John Howard Society fills an important role in public education, community service and in pressing for reform in the criminal justice area.

The Sentencing Project has worked for a fair and effective U.S. criminal justice system for 30 years.

The World Prison Brief is an online database providing free access to information on prisons and the use of imprisonment around the world. It is a unique resource, offering a foundation for evidence-based development of prison policy and practice globally.