Where in health am I? : Home / Health Cloud / StaynHealthy / Animal & Pet Health / Epilepsy 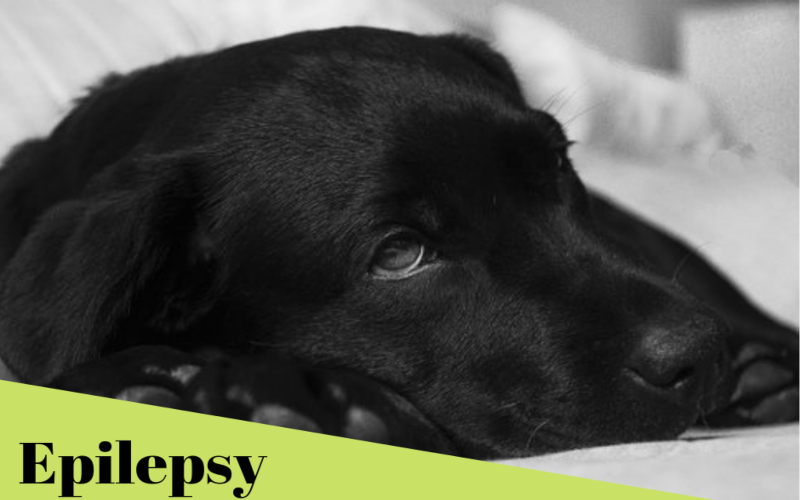 Fleas and ticks can get on your pet's nerves. But apparently so might some medications to get rid of these pests.

The U.S. Food and Drug Administration (FDA) has issued a warning that medications in the isoxazoline class such as Bravecto, Credelio, Nexgard and Simparica may do more than just combat flea or tick infestations. These medications have the potential of causing seizures, ataxia, muscle tremors, or other neurological problems in your pets. Ataxia is a condition in which your pets can't control their muscle movements and thus may have trouble walking, balancing, or speaking. Of course, you may not necessarily be able to tell if your pet is having difficulty speaking. But the FDA warning means that you should be on the lookout for any struggles that your pet may be having after taking these medications.

That's where the fun begins for the fleas and ticks. As with humans, nerves in fleas and ticks acts like wires conducting electrical signals that control movement and other functions. These electric signals normally jump from nerve to nerve via neurotransmitters such as gamma-aminobutyric acid (GABA) and glutamate. However, the medication can interfere with the actions of these neurotransmitters, impeding the transmission of these electrical signals. This can then paralyze and kill the fleas and ticks, in essence short-circuiting their nervous systems. Dead fleas and ticks also can't lay eggs and reproduce.

With this mechanism of action, it shouldn't be a complete surprise that the medications may also screw with your pet's nervous system. But before you freak out about the medication paralyzing and killing your pets, keep in mind that the medications are still FDA-approved for use in pets, assuming that your pet is not a giant flea. Fleas and ticks are thankfully much smaller than dogs and cats. So they tend to be more susceptible to smaller amounts of the medications. They also have different anatomy and physiology.

Note that the FDA didn't say how common such side effects in dogs and cats may be. The FDA only issued a warning and asked manufacturers to include the warning on their labels. Currently, the risk nay not be high since the FDA did not advise against using the medications for your dogs and cats.

So, for you fleas and ticks out there hoping that the FDA would pull these medications from the market, sorry that's not going to happen. If you are a human, this news may not change your flea and tick control methods but don't use these medications on your pet without guidance from a veterinarian. Keep your veterinarian informed about any changes in your dog's or cat's behavior while on these medications. If you are a veterinarian, make sure that pet owners are aware of these potential side effects and discuss flea and tick control options if they are concerned. And if you are a dog or cat, woof, woof, woof, and meow, meow, meow.

Source: Bruce Y Lee, Pets, If You Are On These Flea And Tick Medications, Beware Of Seizures, Forbes, September 22, 2018.

Dogs can smell when seizures are about to begin, scientists find

Dogs can detect a telltale scent linked to epileptic seizures, scientists have discovered, raising the possibility that they could be trained to reliably warn owners when a seizure is imminent. The findings may also help explain anecdotal reports that dogs are able to sense when their owner is about to have a seizure. Knowing when a seizure is going to occur could allow people with epilepsy to have greater control and independence, meaning they could take measures to avoid injury, seek help or take medication.

All About Canine Epilepsy: A Heartbreaking Condition

It happened without warning. One moment my young male Belgian tervueren was snuggling against me as I sat on the couch; the next moment he lost control of his hindquarters and fell onto his side, unconscious.

I remember the first time I witnessed a seizure in one of my dogs. The year was 2001…the night before the seizure was the last time I ever really slept.

Epilepsy In Your Pet - Seizures In Dogs And Cats

Canine and feline epilepsy is a disease in which the body is subject to recurrent convulsions called seizures.

In Europe, the number of antiepileptic drugs (AEDs) licensed for dogs has grown considerably over the last years. Nevertheless, the same questions remain, which include, 1) when to start treatment, 2) which drug is best used initially, 3) which adjunctive AED can be advised if treatment with the initial drug is unsatisfactory, and 4) when treatment changes should be considered.

Medical marijuana for pets? It's real, and not as ridiculous as you think.

The arguments for giving pets medical marijuana are very similar to those for giving it to humans: The conventional medications aren't effective or have bad side effects, so medical marijuana, which produces many of the benefits of typical drugs without the side effects, is a good alternative. This is exactly why many people turn to marijuana and its compounds — whether it's CBD; high-CBD, low-THC pot; or the traditional plant — for medical uses.

My Dog Has Epilepsy

My dog Zoe has epilepsy. This is a story of how I handled Zoe’s seizures and progressed past the diagnosis of epilepsy.

A significant number of dogs and cats with seizure disorders don't do well on traditional drugs for epilepsy.

Pets, If You Are On These Flea And Tick Medications, Beware Of Seizures

The U.S. Food and Drug Administration (FDA) has issued a warning that medications in the isoxazoline class such as Bravecto, Credelio, Nexgard and Simparica may do more than just combat flea or tick infestations. These medications have the potential of causing seizures, ataxia, muscle tremors, or other neurological problems in your pets.

The Canine Epilepsy Project is a collaborative study into the causes of epilepsy in dogs. It is supported by grants from the AKC Canine Health Foundation (CHF), National Institutes of Health (NIH), individual breed clubs and private donations.

This website was designed to provide information and support to those who love and care for an epileptic dog (or cat). It is scary to watch your pet have a seizure whether it be a full blown tonic clonic (grand mal), a petit mal or something in between.

Welcome to our non-profit video database of canine epilepsy videos. We’re aiming to collect as many videos as possible of dogs having seizures to help characterizing better this neurological disorder. Please keep reading if you’d like to learn something about canine epilepsy or you’d like to collaborate with us.

The Companion Animal Epilepsy Research Laboratory is dedicated to develop more effective treatments for seizures in our companion animals, and learn more about the cause of epileptic seizures in dogs and cats.