Where in health am I? : Home / Health Cloud / StaynHealthy / Animal & Pet Health / Poisoning

Animals are such agreeable friends - they ask no questions; they pass no criticisms - George Eliot 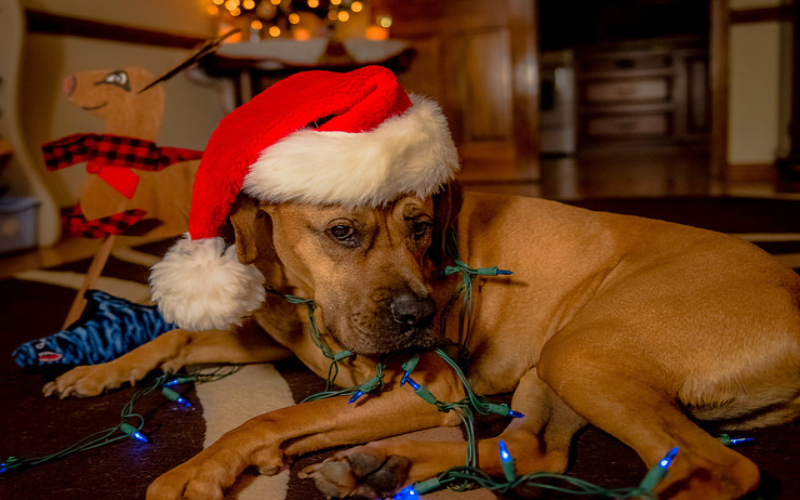 The antidepressant Venlafaxine (sold under the brand name Effexor) is a pharmaceutical success story; in a single year, U.S. doctors prescribed it more than 17 million times. It's not without controversy. As Medline Plus points out, it's among a group of antidepressants that were linked to suicidal behavior in children, teenagers and young adults.

But while that risk has been well reported, most people don't know that Venlafaxine is also uniquely dangerous to household pets. Especially cats. "Cats love to eat it," says Dr. Tina Wismer, medical director of the Animal Poison Control Center operated by the American Society for the Prevention of Cruelty to Animals (ASPCA). She speculates that it may be something about the way this particular antidepressant smells. "It's crazy when you think about how hard it is normally to give a cat a pill. But in this case they'll swallow multiple pills."

The subject of antidepressant loving cats - and the potentially lethal kidney damage that can result from that - came up when I was talking to Dr. Wismer about the poison control center's newly released list of the ten top ways that American pets are accidentally poisoned - at least based on calls to the Urbana, Illinois-based poison control center. The list was just released because this week (March 16-22) is National Poison Prevention Week.

As readers of this blog know, I occasionally write - or perhaps the better word is rant - about deliberate poisoning of pets. It's not a topic I love. The last one, called Your Neighborhood Pet Poisoner, was posted about a year ago. This is not a problem that has in anyway disappeared since that time. As an example, I refer you to this week's storyof the deliberate poisoning of more than 15 dogs in Topeka, Kansas or last month's taleof poisoned meatballs being placed on San Francisco sidewalks for the second time in eight months.

These are stories of awful people, at least to me, and they always lead me to dwell retribution. But, it's worth remembering that careless people poison a lot more pets. The animal poison control center recorded received almost 4,000 calls related to cats and dogs who'd swallowed antidepressants by accident. And if that doesn't sound like many to you - the calculation is that poison control centers respond to about 1-2 percent of all poisonings (both animal and human) as many people go directly to doctor, hospital or vet with their crisis. The total number of emergency calls was nearly 30,000.

Dr. Wismer says that prescription medicines are the top cause of household animal poisonings; they account for almost 20 percent of all calls. And as it turns out, antidepressants aren't the worst offender. That honor belongs to cardiac-related drugs, such as blood pressure medications. Last year they added up to more than 4,000 calls for help. This seems to be a trend: an older American population, more use of such medications, and more people standing close by their companion animals. Often the APCC has found, the dogs and cats swallow these pills when people accidentally drop them while taking their medication. "Especially dogs," says Dr. Wismer. "Dogs are gulpers." Her organization recommends that people with pets take their medicines over a sink so that if it a pill drops it doesn't fall on the floor. And it strongly recommends not leaving pills or small containers of that day's pills on a table or counter. Not only are cats attracted to Vinlafaxine but it appears that dogs are drawn to Vivance, a time-release stimulant used to treat Attention Deficit Hyperactivity Disorder ADHD).

"It causes dogs to become very, very agitated," she says. So does the prescription sleep-aid Ambien.

If you follow the animal poison control center list, the other top risks include over-the-counter painkillers like acetaminophen; pesticides (especially rodent poisons) used around the home and garden, fertilizers (which often include such attractive ingredients as bone meal, cocoa shells, and even dried blood), cleaning supplies, poisonous plants like lilies, which can cause kidney failure in cats, and foods, including onions, garlic, grapes, raisins, the substitute sugar xylitol, and chocolate. Chocolate contains a plant alkaloid called theobromine which is mildly stimulating to humans and dangerously overstimulating to dogs. As I've written before, it's a great example of species' differences in chemical response. On a similar note, Dr. Wismer notes also that opioid pharmaceuticals are often tolerated far better by dogs and cats than they are by humans.

That doesn't mean she advocates relaxing. "The most important thing is to try to keep medications away from pets and in the original bottle if possible," she says. The latter allows people at the poison control center or a local vet to know the specific dose and therefore its risks. "And know your vet's emergency number. Just in case."

What did your pet ingest?

Pet Poison Helpline is a 24-hour animal poison control service available throughout the U.S., Canada, and the Caribbean for pet owners and veterinary professionals who require assistance with treating a potentially poisoned pet.

These 7 Foods Cause the Most Pet Deaths

If you are a pet owner, you might have been tempted to spoil your furry family member with a treat from your plate. But before you do, make sure you're not sharing one of the common foods that can cause serious, and sometimes fatal, medical problems for cats and dogs.

Algae Can Poison Your Dog

Dogs have become fatally ill after frolicking in water infused with the toxic algae, owners said.

Announcing the Top Pet Toxins of 2017

With any potential dangers and toxins, it is important to keep these things out of paws’ reach. While accidents can always happen, the less accessible any of the items are, the less likely your pet is to get into them.

Are Toxic Blobs of Palm Oil Poisoning Our Pets?

The waste product is washing ashore in England, where dogs eat it and occasionally die. What’s a pet owner to do?

The next time you receive a chocolate Santa over the holidays, it’s a good idea to pick a secure place and hide it from your dog. Why? Simply put, chocolate is toxic to your dog: After-effects include vomiting, elevated heart rate, combined with agitation, restlessness and the potential for seizures.

While you’re admiring the changing leaves, setting up for Halloween and gathering fresh, crisp apples it’s important to keep your pets’ safety in mind. Adorable as they may be, our furry friends are always getting into some mischief.

Five Thanksgiving foods that are not safe for cats and dogs

Hold the turkey skin and fatty gravy—your pet will thank you later.

How to Keep Your Pets Safe During the Holidays

While the holidays can leave you with a warm, fuzzy glow, they add a lot of things to the daily mix of your life that might not be good for your pets. Whether it’s your treats that upset their stomachs, a tree whose needles wind up in their mouths or well-meaning relatives who feed them off the table, the happiest time of the year can quickly become the most dangerous time for our four-legged friends.

How to keep your pets safe from marijuana poisoning

Following the ABCs of cannabis safety for pets should help keep all members of your family safe. Here is what you need to know.

Protect Your Cat or Dog From These Common Pet Poisons

It's not just chocolate—these foods, pills, and cleaners can also put your pet at risk

Sweetener in Gum Is Causing Surge in Accidental Dog Poisonings

Xylitol, a sugar substitute also found in gummy vitamins and other products, is 100 times as harmful to dogs as milk chocolate, experts say.

Ten Tips for a Poison-Safe Household

Many common household items have been shown to be lethal in certain species, including felines. Miscellaneous items that are highly toxic even in low quantities include pennies (high concentration of zinc), mothballs (contain naphthalene or paradichlorobenzene - one or two balls can be life threatening in most species), potpourri oils, fabric softener sheets...

Sidenote: Do not give your dog weed.

Sugarless candies can be toxic to pets. Candies containing xylitol have been recognized by the National Animal Poison Control Center to be a risk to pets.

What to do if your dog eats your Christmas chocolates

Every dog owner knows that you should never feed your dog chocolate. Most of us keep the stuff far away from the reach of our four-footed friends. And then Christmas happens. Kids are drinking hot cocoa, gifted chocolate bars are strewn throughout the kitchen, and your high alert for chocolatey things is probably on holiday, too.

When we truly respect life on this planet, in as Charles Darwin once said, all its "endless forms, most beautiful" then, indeed, we may attain that ever elusive goal, of being a fully civilized species.

These are stories of awful people, at least to me, and they always lead me to dwell retribution. But, it's worth remembering that careless people poison a lot more pets.

Two Chinese companies and an American importer have been indicted on charges of intentionally defrauding and misleading American manufacturers about poisonous ingredients used in pet food last year.

Most pet owners know that chocolate is poisonous to pets, yet many are unaware that certain common household products and plants can be just as deadly. To protect pets during National Poison Prevention Month (and every month!), here is some valuable information for you to share with pet owners:

7 Things You Need to Know to Avoid Pet Poisons

Taking precautions at home can greatly limit the chance your pets will get access to a pet poison. Please share this article to help spread the word and keep pets safe!

Pet Poison Helpline is a 24-hour animal poison control service available throughout the U.S., Canada, and the Caribbean for pet owners and veterinary professionals who require assistance with treating a potentially poisoned pet. We have the ability to help every poisoned pet, with all types of poisonings, 24 hours a day. Our knowledge and expertise of pet poisons will put your mind at ease when dealing with a potential emergency.

Poisons are not always obvious. Some dangerous temptations may be closer to your dog than you know.