Take my hand, not my life - Lola's Hope 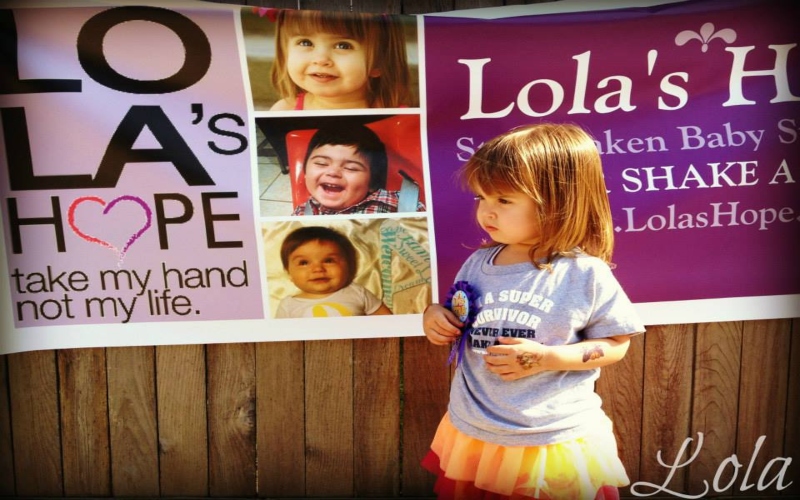 To tell whether a baby has been injured or killed by being shaken, the courts use three hallmark symptoms: bleeding and swelling in the brain and retinal bleeding in the eyes. Along with other evidence, those standards are used to convict caregivers of abusive head trauma, both intentional and unintentional, that can result in blindness, seizures, severe brain damage or death.

But in recent years a small cadre of experts testifying for the defense in cases across the country has called into question whether those symptoms actually indicate abuse. Though they are in the minority — disputing the consensus of child abuse experts, pediatricians and an extensive evidence base — they have…

How did the myth of “SBS” begin and who are the shocking people behind it who have built careers and profited from the theory? Both are unflinchingly identified. Shaken baby proponents want to silence their critics even as countless lives are ruined.

In a 2009 policy statement, the American Academy of Pediatrics recommended replacing the term shaken-baby syndrome with “abusive head trauma” to avoid the connotation that the mechanism of injury was specifically known for individual cases.

There have been high-profile news reports on the Cable News Network (CNN) and in The New York Times, along with governmental reports such as that by the Swedish Agency for Health Technology Assessment and Assessment of Social Services (SBU), that have discredited the diagnosis of AHT and turned it into a legal controversy

There is much new science with respect to AHT. Without exception, valid and reproducible methods support the commonly held understanding of AHT: that children who present with severe symptoms and who are found to have SDH and RHs are very likely to have been victims of significant trauma

When the Misdiagnosis Is Child Abuse

Some pediatricians are trained to determine whether kids’ injuries are accidental. Their assessments can be subjective—but they’re often accepted as fact. And when they’re wrong, parents can needlessly end up in jail.

Shift in shaken baby diagnoses began more than a decade ago

Society should be rightly shocked by any assault on its weakest members, wrote Guthkelch, who died in 2016. But there have been “instances in which both medical science and the law have gone too far in hypothesizing and criminalizing alleged acts of violence in which the only evidence has been the presence of the classic triad or even just one or two of its elements.”

A Spotlight on Shaken Baby Syndrome

Doctors come to a diagnosis of abusive head trauma after taking a careful history, examining the child, ordering diagnostic tests, consulting the scientific literature, and, most important, considering and objectively excluding a range of other possible diagnoses.

Anatomy of a Misdiagnosis

For decades, shaken baby syndrome has been, in essence, a medical diagnosis of murder. But going forward, prosecutors, judges and juries should exercise greater skepticism. The triad of symptoms alone cannot prove beyond a reasonable doubt that an infant has been fatally shaken.

A review has determined that a trio of head injuries that have played a crucial role in securing convictions in court aren’t always evidence of child abuse.

How Can Doctors Be Sure a Baby's Been Shaken?

For years, attorneys have relied on a specific set of symptoms to prove infant abuse—but now, some physicians are questioning the validity of the diagnosis of shaken-baby syndrome that has sent many caretakers to prison.

Since the 1980s, there has been a steady climb in convictions for SBS, sometimes referred to as abusive head trauma

For years, cases involving shaken-baby syndrome were often open-and-shut — with the last person to care for the child labeled the abuser. But Slate editor Emily Bazelon reports that a growing number of doctors say the syndrome could have alternate explanations.

The dispute over shaken baby syndrome is a bitter civil war. On one side, doctors, lawyers and other experts say the diagnosis is key to winning convictions of people accused of the most horrible acts of child abuse. Opponents say the diagnosis is used too freely and that sometimes, innocent people go to prison.

Shaken Baby Syndrome: A Diagnosis That Divides the Medical World

Shaken baby syndrome has been a recognized diagnosis for several decades, though many medical professionals now prefer the term abusive head trauma.

Many doctors who treat child abuse say that decades of clinical observation, as well as confessions, show that it’s possible for shaking alone to cause the triad of subdural and retinal bleeding and brain swelling. A 2009 position paper from the American Academy of Pediatrics, written by Cindy Christian, recommends that doctors use the more general term “abusive head trauma” but also calls shaking an “important mechanism” of such trauma.

The Dubious Science Of Shaken-Baby Syndrome

All this is not to say that everyone convicted of killing babies by shaking them is innocent, but many of them probably are. Obviously, when a baby dies of unexplained brain bleeding, abuse has to be at least considered.

We believe you harmed your child’: the war over shaken baby convictions

Expert witnesses who claim parents have been wrongly accused have been vilified and struck off. But the science is anything but certain. What happens to the truth when experts can’t agree?

Wrongly Imprisoned for Killing His Infant Daughter, a Father Could Go Free This Week

Dr. Norman Guthkelch is credited with identifying shaken baby syndrome but is concerned that the diagnosis as been applied too often.

The method, described in the journal Pediatrics on Monday, asks doctors to check for six other injuries, each of which increases the likelihood that a head injury resulted from severe shaking, blunt force or both.

The NCSBS works nationally and internationally with hospitals, public health, pediatricians, social workers, home visitors and other similarly aligned individuals and organizations to provide education and resources to families and professionals that will ultimately keep babies safe.

The Shaken Baby Alliance’s mission is to provide SUPPORT for victim families and professionals, PREVENTION of child abuse, and JUSTICE for the innocent victims of child abuse.

Since 2014, The Marshall Project has been curating some of the best criminal justice reporting from around the web. In these records you will find the most recent and the most authoritative articles on the topics, people and events that are shaping the criminal justice conversation.

Anyone can play a role in preventing AHT. Understanding the dangers of shaking or hitting a baby’s head against something, knowing the risk factors and the triggers for abuse, and finding ways to support parents and caregivers in their community are all ways to prevent AHT

Shaken baby syndrome can be hard to detect because often there aren't clear signs of abuse. Instead, a baby may have vague symptoms, such as vomiting or a poor appetite. At first these symptoms may seem related to an infection, such as influenza (flu) or a kidney infection. Sadly, shaken baby syndrome may not be discovered until repeated abuse or more severe harm occurs.

Pediatric abusive head trauma (AHT), or shaken baby syndrome, most often involves shaking, blunt impact, or a combination of both in infants and young children, which can lead to neurological injury. The outcome of this condition ranges from complete recovery to significant brain damage and death.