The vine of souls, as ayahuasca is known, is not for everyone - Alexander Zaitchik 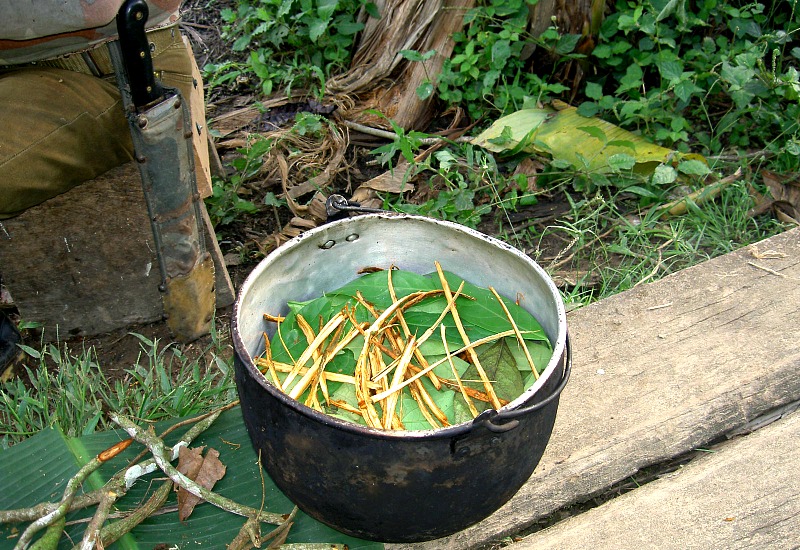 With a name that literally means “the vine of death,” this Amazonian brew is not a simple recreational psychedelic trip, so be warned about that reality from the start. Although ayahuasca does induce vivid and colorful visions that can be breathtakingly beautiful and lead to incredibly meaningful insights, it’s also often an intense experience, not just mentally, but physically as well.

I remember one particular ayahuasca ceremony about six years ago in the jungle, just outside of the Amazonian metropolis of Iquitos, Peru, when my stomach was churning like a washing machine as my mind dipped in and out of dark memories that I hadn’t thought about in…

The True Tale of an Ayahuasca Quest

Writer Wells Tower traveled to the jungles of Peru to experience an ancient ritual. What happened next pushed him to his limits.

A puke bucket and an ancient drug: is ayahuasca the future of PTSD treatment?

I visited Peru to find out more about an intriguing ayahuasca study – and to have my own experience with the psychedelic brew.

Ayahuasca at Home: An American Experience

Ayahuasca has developed into a full-fledged, increasingly trendy subculture in the U.S.

The psychoactive brew goes by many names. William S. Burroughs and Allen Ginsberg called it yage. In Brazil, it's known as hoasca. Other aliases include the Spirit Vine, the Vine of the Soul and the Vine of the Dead. Its most common name is ayahuasca. For centuries, the indigenous cultures of the Amazon have brewed the plant concoction, and its naturally occurring dose of the hallucinogen DMT. In recent years, the West has caught on.

Ayahuasca Vine of the Soul

Can a sacred plant from the Amazon heal our minds and spirits? Ayahuasca Vine of the Soul is a documentary that explores the mystery of ayahuasca shamanism, offering insights into the nature of spirituality, mystical experience and self-healing through a heightened state of consciousness.

Ayahuasca Will Make You Cry, Vomit, and Feel Amazing

Ayahuasca, yagé, the truth vine, the madre, or whatever you call it is not only the strongest drug I've ever tried but easily the most powerful experience I've ever had.

From “Ethnomedicine” to “Medicine”: A Glimpse into the World of Scientific Research on Psychedelic Plant Medicines

I am proud to be the curator of the Plant Medicine Track, and to support this brave research community that aims to advance knowledge and find new treatments for various ailments.

Is Peru’s Psychedelic Potion a Cure or a Curse?

Foreigners are flocking to try a traditional brew called ayahuasca that some say eases psychological distress—but it has dangers, too.

Millennials on Spirit Quests Are Ruining Everything About Ayahuasca

Ayahuasca was a sacred medicine. Now it's a global 'it' drug, and the trendiness is threatening the source.

My Journey With a Life Altering Drug: Ayahuasca

Seekers from L.A. to New York are after a kind of rapture said to come only from a drug: ayahuasca, which devotees claim offers life-changing self-awareness, clarity, and insight. But first, you must get violently ill. Arianne Cohen takes the trip of her life.

The Dark Side of Ayahuasca

Pilgrims like Nolan are flocking to the Amazon in search of ayahuasca, either to expand their spiritual horizons or to cure alcoholism, depression, and even cancer, but what many of them find is a nightmare.

The Drug of Choice for the Age of Kale

How ayahuasca, an ancient Amazonian hallucinogenic brew, became the latest trend in Brooklyn and Silicon Valley.

With a name that literally means “the vine of death,” this Amazonian brew is not a simple recreational psychedelic trip, so be warned about that reality from the start.

Ayahuasca.com is a multi-disciplinary project devoted to the Spirit Vine Ayahuasca, and its home, the great forests of the Amazon. Ayahuasca is a medicinal tea prepared from Banisteriopsis Caapi, a jungle vine, found in the tropical regions of South America, often combined with other plants, commonly Chacruna/Rainha (Queen); Psychotria Viridis.

Ayahuasca is a powerfully psychedelic South American brew traditionally made from the B. caapi vine and admixtures such as P. viridis (and/or other DMT-containing plants). One of its primary effects is considered to be the vomiting (the purge) that accompanies the experience. The term ayahuasca is sometimes loosely used to mean any combination of an MAOI with DMT.