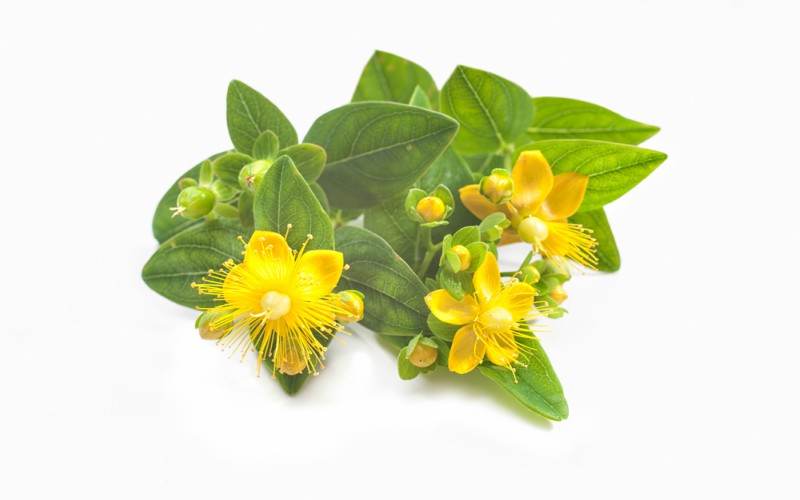 The herb St John’s Wort is as effective as antidepressants while having milder side effects, according to a recent Cochrane review, St John’s wort for major depression.

Professor Edzard Ernst, a well-known enemy of complementary and alternative medicine, wrote a favorable review of this study in which he comments that given the questions around the safety and effectiveness of antidepressants, it is a mystery why St John’s Wort is not used more widely. When Edzard Ernst says a herb works, you should take notice. But is St John’s Wort (Hypericum perforatum) really the perfect antidepressant? Curiously, it seems to depend whether you’re German or not.

SJW monotherapy for mild and moderate depression is superior to placebo in improving depression symptoms and not significantly different from antidepressant medication.

By Larry Malerba, D.O. 290 In this age of antidepressant overprescribing, popular herbal preparations of St. John’s Wort have become an excellent first line of defense in mild depression for those concerned about pharmaceutical side effects. But did you know that a diluted homeopathic form of St. John’s Wort is highly useful for a wide variety of additional health-related problems?

The usual treatment in standard medicine is heavy duty prescription drugs with nasty side effects that often make the patient’s symptoms worse not improved. These side effects are the main reason people stop taking the drugs. St John’s Wort is an alternative for many patients.

Jonathan Zuess describes St. John's wort as the "most-used antidepressant in the history of humanity" and "truly a healer of both the body and the mind." But one ought to proceed with caution.

St. John's wort has been used for hundreds of years in folk medicine, especially for healing wounds. It was used for "driving out the inner devil" in medieval times. Paracelsus, a 16th-century philosopher, recommended the herb for hallucinations and "dragons" and healing wounds.

St. John's Wort is a plant of ancient use, one that has been a protector and healer of people for centuries. Folklore dictates that the herb wards off evil influences and protects against harmful, unseen forces. While we may not use it in quite the same way as it once was, St. John’s Wort continues to offer physical, emotional and spiritual protection for modern humans living in a world with its own unique challenges and negative influences.

The herb St John’s Wort is as effective as antidepressants while having milder side effects, according to a recent Cochrane review.

Hypericum perforatum has been used for generations due to its anti-inflammatory and antidepressant properties. In the first century, Greek physicians recommended the use of St. John’s wort for its medicinal value while ancient people believed that the herb had mystical powers. The name “St John’s wort” is derived from the fact that it flowers on 24th of June, St. John’s Day.

The available evidence suggests that the hypericum extracts tested in the included trials a) are superior to placebo in patients with major depression; b) are similarly effective as standard antidepressants; c) and have fewer side effects than standard antidepressants. The association of country of origin and precision with effects sizes complicates the interpretation.