What's the most humiliating thing? When you take someone to dinner or you cook somebody dinner and they get food poisoning. I mean, how bad do you feel - Wendi McLendon-Covey 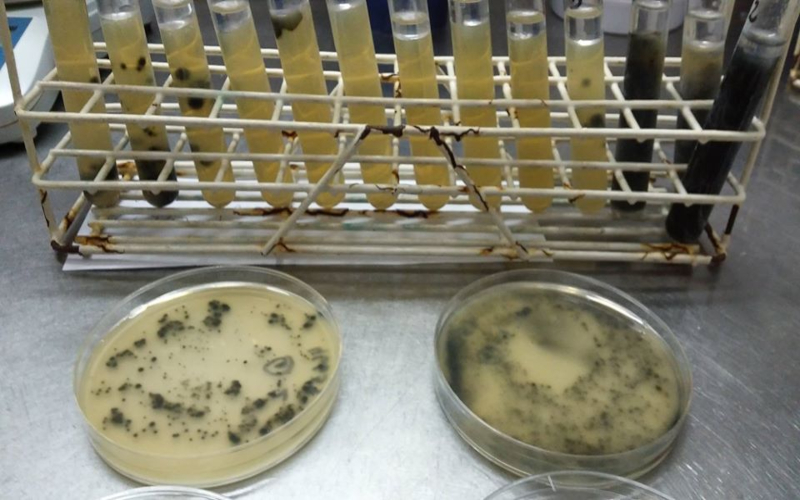 This website is a resource for information on Clostridium species. It provides general information on the various members of the genus and the diseases they cause, gives links to research groups active around the globe, documents forthcoming international conferences covering research activity in the area...

Among more than 200 known Clostridium spp. at least 30 are associated with human disease. They usually appear as gram-positive rods, however many strains may appear gram-variable or gram-negative. Loss of gram-positive appearance occurs with direct stains of clinical material or in cultures after prolonged incubation or in species with terminal spores. Clostridium perfringens is the most important of the species and accounts for 20-40% of all isolates.

Keeping up with the latest outbreaks.

FBI of the Month

Complications are rare in the typical, mild gastroenteritis form of the disease, particularly among people under 30 years old. Elderly people are more likely to have prolonged or severe symptoms, as are immunocompromised people. The more severe form of the disease may cause necrosis of the small intestine, peritonitis, and septicemia.

The common form of perfringens poisoning is characterized by intense abdominal cramps and diarrhea which begin 8-22 hours after consumption of foods containing large numbers of those C. perfringens bacteria capable of producing the food poisoning toxin. The illness is usually over within 24 hours but less severe symptoms may persist in some individuals for 1 or 2 weeks. A few deaths have been reported as a result of dehydration and other complications. Necrotic enteritis (pig-bel) caused by C. perfringens is often fatal. This disease also begins as a result of ingesting large numbers of the causative bacteria in contaminated foods. Deaths from necrotic enteritis (pig-bel syndrome) are caused by infection and necrosis of the intestines and from resulting septicemia. This disease is very rare in the U.S.

Cooking kills the growing C. perfringens cells that cause food poisoning, but not necessarily the spores that can grow into new cells. If cooked food is not promptly served or refrigerated, the spores can grow and produce new cells. These bacteria thrive between 40-140˚F (the “Danger Zone”). This means that they grow quickly at room temperature, but they cannot grow at refrigerator or freezer temperatures.

C. perfringens food poisoning is usually a mild clostridial infection. C. perfringens is widely distributed in feces, soil, air, and water. Contaminated meat has caused many outbreaks. Because C. perfringens spores sometimes survive cooking, they can germinate and produce toxin when cooked meat that is contaminated with C. perfringens is left at room temperature or even up to 60° C (140°F, as on a warming table) for a period of time. Outbreaks typically occur in commercial establishments and rarely at home.

Clostridium perfringens is a rod-shaped Gram-positive bacterium, which is a mesophile that has an optimal growing temperature of 37 C. It is a non-motile pathogen that produces endospores. This bacterium produces energy via anaerobic respiration using compounds other than oxygen, such as Nitrate, as its final electron acceptor. Although C. perfringens is an inhabitant of human normal intestinal flora, it is a pathogen responsible for many gastrointestinal illnesses with severity ranging from mild enterotoxaemia to fatal gas gangrene. This bacterium is important, because it was the primary pathogenic agent that caused many injured soldiers to die from gas gangrene during World War I.

The clostridia are ancient organisms that live in virtually all of the anaerobic habitats of nature where organic compounds are present, including soils, aquatic sediments and the intestinal tracts of animals.