Thought, like any parasite, cannot exist without a compliant host - Bernard Beckett 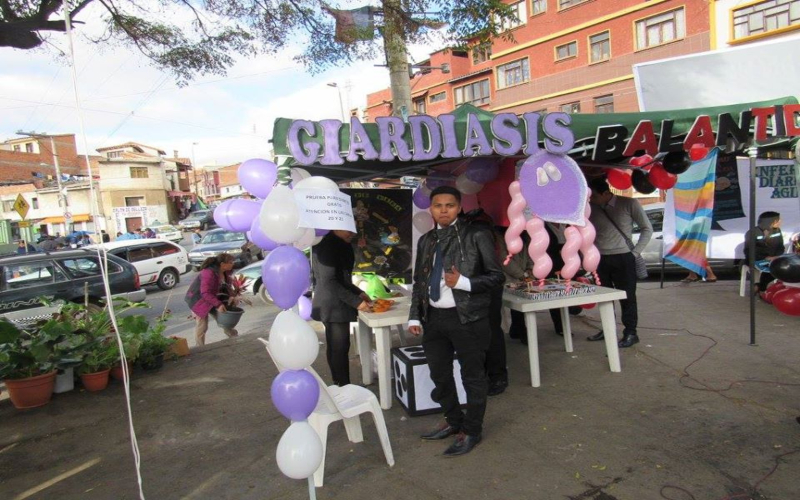 Beaver fever sounds cute until you get it

It might be our national animal, but the beloved beaver doesn’t always love us back.

Whether he’s busy taking down your apple trees or building dams that flood your favourite farmland (I know all about this after a recent trip to Quesnel involving a tour over swampy, once viable fields with a shotgun toting friend), the oversized rodent can be a pest.

But he’s truly at his worst when you drink from the pond he’s been pooping in.

Giardia (or beaver fever as it’s commonly called) is a parasite passed along through feces — from beavers and other animals, including humans.

Though it can be transmitted hand to mouth, people are most commonly infected after drinking…

Symptoms include severe diarrhoea, stomach pains, bloating, flatulence and fatigue and can last weeks or months without treatment. Although it is found throughout the world, it is most prevalent in developing countries and is one of the most common gastric diseases caught by backpackers.

I have a huge interest in Canadian history and in wilderness travel. I wanted to experience what it would be like to travel across the country on the original historic water highway used by the North West Company 200 years ago. In 2013, six of us took a 26-foot (eight-metre) voyageur canoe and paddled the original transport route from the Rocky Mountains to Montreal. Around the 80th day, past Thunder Bay, I started feeling bloated and unsatisfied after eating, and slowly, I started losing energy.

Giardiasis from Proteomics to Pathogenesis

To win the fight against parasitic diahorreal disease, the molecular detail of pathogenesis must be understood. Three recent studies identified the Giardia-secreted proteins involved; highlighting the importance of virulence factors during infection and their potential as new drug targets.

A Coat of Many Proteins May Be This Parasite’s Downfall

Giardia itself is far more ancient than any Crusader kingdom. Though a single-celled organism, it belongs to the eukaryotes, the domain that includes all plants and animals.

Actually, Slate, You Really Should Filter Your Water

While most giardia, e. coli, cyrptosporideum, and waterborne pathogens induce fairly minor illnesses in adults, the effects can be much more severe if the infected person suffers from immunosuppression, is very young or old, or, as with my friend, is simply unlucky. In children, for instance, the CDC says giardiasis can may lead to symptoms as severe as delayed physical and mental growth, slow development, and malnutrition.

So many buddies are going to show up in your GI tract.

Bites & Parasites: Tropical Diseases Uncovered follows a team of medics from Liverpool School of Tropical Medicine and the Royal Liverpool Hospital in their fight against tropical diseases both in the Liverpool wards and in the developing world. Cases span from returning holidaymakers experiencing terrifying symptoms to entire villages brought to their knees by sudden viral outbreaks

Giardia sucks! An anatomy of a sucker

Essentially, Giardia spends its life either lying in wait as a cyst, or leaving the cyst and swimming towards intestinal walls, attaching among the villi with a specialised suction plate. There it sits and feeds on the host’s tasty juices, like glucose. Apparently, intestines don’t really like having uninvited things attached to them, and all hell breaks loose.

Even if Giardia lamblia weren't one of the most common human parasites, it would still garner its share of attention. It is one of the earliest diverging eukaryotes, and it has its own way of doing things.

Giardia: The Alien That Lives in Your Stomach

Giardia is one of my favorite parasites, at least when I look at it under the microscope. It looks almost like an alien with long tentacles and big head, or a micro jelly fish, swimming along under the microscope lens. It is very cool organism, except of course for the fact that it lives in the poop, loves it and can cause a mayhem everywhere it gets to.

Intestinal Parasites May Be Causing Your Energy Slump

You don't need to travel to a tropical location to contract a protozoan infection. Epidemics of giardiasis have occurred at ski resorts in the dead of winter because of drinking water contamination. Outbreaks commonly occur at day care centers that serve toddlers who wear diapers.

Raw Water: Here Is What You Need To Know Before You Buy It

Water is not treated and cleaned for fun. Untreated water can include microorganisms such as: Giardia lamblia: This parasite can cause a diarrhea-causing disease called Giardiasis, otherwise known as “beaver fever.” Note: it is not Bieber fever, which is a completely different thing.

Recreating a Home for Gut Parasites Is Really Hard

Single-cell organisms like Giardia attach to the small intestines to take nutrients, but how they do so is still something of a mystery.

Giardia duodenalis (or Giardia intestinalis, Giardia lamblia) is one of the most common protozoan parasites of humans and mammals.

Catching a nasty stomach bug from dirty water is the sort of hazard that most of us would worry about only when visiting far-flung destinations on holiday. But giardiasis — the disease caused by the tiny parasite giardia lamblia — can be picked up here in the UK.

Tinidazole Found to Be Better Than Metronidazole for Giardiasis

“In this comprehensive investigation of all giardiasis treatments we provide strong evidence in favor of the adoption of tinidazole as a first-line treatment, given its higher efficacy and comparable side effects to the current mainstay therapy, metronidazole,” the authors write.

Waterborne Giardia for Backpackers: No Myth

The people who claim to have drank untreated water for years without getting sick are probably right. About 2/3 of Giardia carriers are asymptomatic. Others are lucky or resistent. Nonetheless, getting Giardia in the backcountry is very common.

Beaver fever sounds cute until you get it

It might be our national animal, but the beloved beaver doesn’t always love us back. Whether he’s busy taking down your apple trees or building dams that flood your favourite farmland (I know all about this after a recent trip to Quesnel involving a tour over swampy, once viable fields with a shotgun toting friend), the oversized rodent can be a pest. But he’s truly at his worst when you drink from the pond he’s been pooping in.

Giardia is protected by an outer shell that allows it to survive outside the body for long periods of time and makes it tolerant to chlorine disinfection. While the parasite can be spread in different ways, water (drinking water and recreational water) is the most common mode of transmission.

Giardia is one of the most common causes of water-borne diarrhea outbreaks. Sources of contaminated water include public facilities that improperly filter and treat water, water in developing countries, or rivers and lakes used by hikers. Overseas travelers and hikers are at a high risk for infection.

Giardia infection is a waterborne infection and can be caused by parasites found in backcountry streams and lakes, as well as in municipal water supplies, swimming pools, whirlpool spas and wells. Giardia infection can also be transmitted through food and person-to-person contact. Giardia infections usually clear up within a few weeks. But you may have intestinal problems long after the parasites are gone. Several drugs are generally effective against giardia parasites, but not everyone responds to them. Prevention is your best defense.

Giardiasis is usually treated successfully with antibiotic medicine that kills the giardia parasite. In most cases, medicines called metronidazole or tinidazole are used.

The Giardia organism is found in the feces of infected people and can spread because of poor sanitation or because drinking water or food becomes contaminated. It can also infect animals, such as dogs, cattle, and sheep, but it's not clear whether animals play a role in spreading the infection to humans.