Going forward, if the world's oceans continue to heat up, vibrio will likely proliferate even further - pushing vibriosis rates up as well - Joe Satran 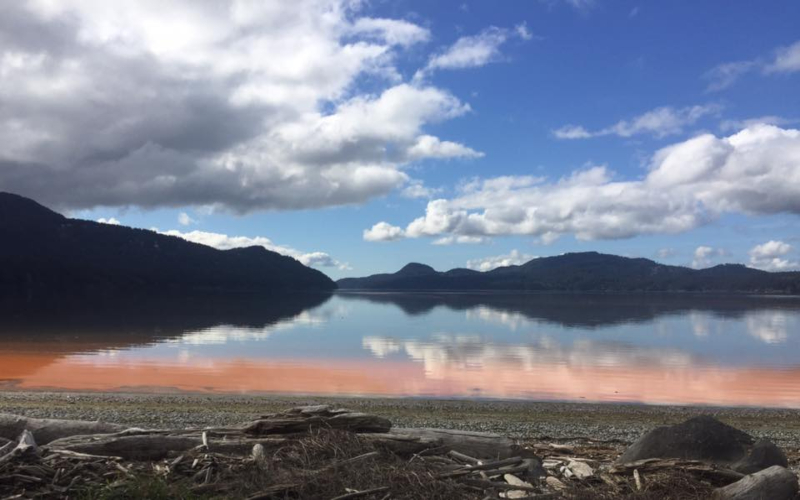 CDC Report Shows Vibrio, A Deadly Type Of Food Poisoning, Is On The Rise

What makes it a topic of concern, besides the massive increase, is that vibriosis is known as one of the most serious couple types of food poisoning around. About half the people infected by vibrio vulnificus, the more virulent of the two common strains, are killed by the bacteria. And many of those who survive the disease are left with life-altering disabilities, including amputations.

Vibriosis rates have been increasing for years, and scientists aren't completely sure why. Two likely factors are booming consumer demand for raw oysters, especially in restaurants, and better food safety monitoring systems that are catching exactly how many cases occur. But vibrio…

Vibrio thrive in warm water. One widely publicized study published in July 2012 indicated that a 1-degree increase in the temperature of a body of water triples its vibrio population. For that reason, many scientists believe that climate change has contributed to the recent rise in vibriosis, and that it could make vibrio bacteria much more prevalent in coming years. The culprit was Vibrio vulnificans, a bacterium in the same family as those that cause cholera. The bacterium causes fever, diarrhea, abdominal cramps, nausea, and vomiting, and often death. Cook shellfish thoroughly (63°C; 145°F) to avoid infection.

Protect Yourself From Shellfish-Related Illnesses This Summer

“Sunshine and warming waters are ideal conditions for the bacteria that cause vibriosis to multiply,” explains Jerrod Davis, director of Washington state’s Office of Shellfish and Water Protection. “This raises the risk of getting sick from eating raw or undercooked shellfish — especially oysters.”

Toxic Bacteria On The Rise In Shellfish: Will The Raw Bar Make You Sick?

Most of us who love oysters on the half-shell spend approximately zero time thinking about this risk. But should we?

Unlike fecal coliform from human impacts, Vp is a naturally occurring bacterium which each summer blooms in the warming waters of south Puget Sound. Oyster's filtering the waters capture this bacterium internally. During the oysters' exposure to warm temperatures out of water, it multiplies internally. When raw or undercooked oysters are consumed, the population of bacteria enters the digestive system and vibriosis begins with varying degrees of intensity.

Yet when it strikes, it strikes hard. It kills about half the people who get it, a rate comparable, among foodborne illnesses, only to the dreaded listeria monocytogenes. And many of these deaths are unusually painful.

CDC Report Shows Vibrio, A Deadly Type Of Food Poisoning, Is On The Rise

Going forward, if the world's oceans continue to heat up, vibrio will likely proliferate even further -- pushing vibriosis rates up as well. Cooking oysters thoroughly kills the bacteria, so regular eaters of po-boys and oysters Rockefeller don't have too much cause for concern. But if you're a fan of raw oysters, this is yet another reason to be very concerned about climate change.

Vibrios are gram-negative, rod-shaped bacteria that occur naturally in estuarine or marine environments. Roughly a dozen species are known to cause disease in humans, accounting for an estimated 80,000 illnesses, 500 hospitalizations and 100 deaths each year in the United States. Infection is usually from exposure to seawater or consumption of raw or undercooked seafood. Vibriosis is characterized by diarrhea, primary septicemia, wound infections, or other extraintestinal infections. Infection with pathogenic species of the family Vibrionaceae can cause two distinct categories of infection: cholera and vibriosis, both of which are nationally notifiable.

Vibriosis is triggered by bacterial infection from the Vibrio genus, typically Vibrio parahemolyticus or Vibrio vulnificus. Diarrhea often accompanies Vibrio bacteria along with more serious skin infections, and blood infections. Vibrio parahemolyticus is a mostly harmless infection that commonly causes diarrhea, however the Vibrio vulnificus infection, while rare, may contribute to blood poisoning and fatality on many occasions.

Disease outbreaks can be influenced by water quality and temperature, the strain and virulence of the Vibrio bacteria and the amount of stress imposed upon the fish. Other species of Vibrio affect a wide range of species for example V. salmonicida mainly affects Alantic salmon and trout and causes cold water vibriosis, V. damsela affects Blacksmith species (Chromis punctipinnis), V. vulnificus also known as V. anguillicidacuases causes disease in eels. Both V. vulnificus and V. damsela are zoonotic. It is thought that the infection is caused from eating contaminated raw or undercooked seafood, in particular raw oysters. Immunocompromised and people with liver diseases are at increased risk.