Where in health am I? : Home / Health Cloud / StaynHealthy / Eat / Salt

Let there be work, bread, water and salt for all - Nelson Mandela 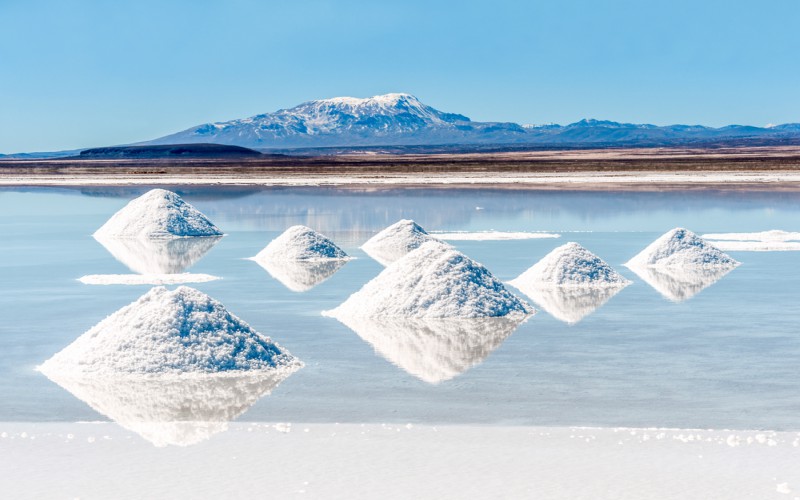 Sodium: The Sneaky Source of a Silent Killer

You’ve heard it for years: Cut down on sodium. The more salt in your diet, the more problems for your body. The science behind this could fill a library. The dangers of ignoring it could fill a morgue.

How much salt you should eat, explained

If you’re confused about whether salt is really the number one enemy of public health, you’re probably not alone. And it’s the fault of people like me. I’ll say it plainly: a lot of the journalism about sodium intake is crap.

The Great Salt Debate: So Bad?

This week experts warned against the dangers of overdoing low-sodium diets. That's a step toward what salt advocates like "The Salt Guru" Morton Satin have enjoined for years.

Are Low-Salt Diets Necessary (or Healthy) for Most People?

Some say cutting salt consumption can lower your death risk; others say the salt threat is overblown.

Clearing Up the Confusion About Salt

If you’re confused about salt, I’m not surprised. There’s been a steady back-and-forth on claims that reducing dietary sodium (which represents 40 percent of the salt molecule) is crucial to our well-being, countered by claims that following this advice can sometimes be a health hazard.

Do Most Americans Consume Too Much Salt? The Unhealthy Controversy Over Salt Intake

As regards studies of the effects of salt reduction on health, not all studies are equal. Furthermore, not everyone reacts to salt in the same way. There is little dispute that a high sodium intake is bad for health. But, according to epidemiologists who have spent their careers studying salt and high blood pressure, mandating a low salt intake may have a beneficial effect on some people but may harm others.

A fight at the dining table is escalating between regulators and the food industry, this time over government proposals to cut Americans’ average salt intake by almost one-third.

How Can Salt Be Proven Toxic for Your Entire Body?

Carefully manage your daily salt intake, and if you at any time notice symptoms of high blood pressure and fluid retention, don’t take your time and wait for things to get better.

How Salt Shakes Out

Risks of too little sodium are a valid concern only at levels massively below mean intake in the U.S., while the harms of excess are with us right now. The priority, obviously, is fixing what’s broken.

It's Time to End the War on Salt

The zealous drive by politicians to limit our salt intake has little basis in science.

There’s stealth salt, we’ve discovered, hidden in nearly everything. There’s even salt in romaine lettuce! (But only 5 mg, so pigging out on romaine — if that’s what you want to do — is okay.)

Salt Is a Secret Weapon

Salt, if properly understood and utilized, can be an indispensable tool in a home cook's arsenal. The problem is that most home cooks don't know how to use it properly.

Salt May Actually Prevent Your Body from Absorbing Fat

A new study says salt isn't nearly as bad for you as previously thought. In fact, when it's combined with fat, something magical happens.

Salt, We Misjudged You

And yet, this eat-less-salt argument has been surprisingly controversial — and difficult to defend. Not because the food industry opposes it, but because the actual evidence to support it has always been so weak.

Are some kinds of salt better for the planet than others?

While salt was originally prized by many cultures for thousands of years, in the past century it has been demonized; some have gone as far as calling it the single most harmful substance in the food supply.

Take Low-Salt Advice With a Grain of You Know What

There seems to be pretty good evidence that people with high blood pressure who consume an excessive amount of salt should cut back. That’s where doctors started back in the day, and that concept holds up. But the evidence doesn’t support the idea that increased salt consumption by people with normal blood pressure makes that much of a difference.

We're eating too much salt. And it's killing us

The world has an increasingly high taste for salty foods — a taste that new research suggests leads to to 1.65 million excess deaths annually. The massive study, overseen by 10 researchers working in Boston and London, brought together two important data points. First, they looked at what we know from prior studies of how much salt increases the risk of death from heart disease. Then they looked at how much salt each country is consuming.

Which Type of Salt is Healthiest for You?

Kosher, iodized, sea salt, and more—we break down which types of salt are healthiest, tastiest, and best for cooking.

Why Is Too Much Salt Bad for You?

There's some research that shows if everybody reduced sodium in their diet, the rates of heart disease in the United States would go way down.

Sodium: The Sneaky Source of a Silent Killer

You’ve heard it for years: Cut down on sodium. The more salt in your diet, the more problems for your body. The science behind this could fill a library. The dangers of ignoring it could fill a morgue.

7 Health Risks of Eating Too Much Salt

oo much salt in the diet, which is marked by high sodium content, can deeply impact almost all biochemical pathways in your body. As a standard, your dietary intake of sodium should not exceed 2,000 milligrams per day. Any excess of this amount can inhibit the proper absorption of nutrients and disrupt normal body functions.

Action on Salt (formerly known as Consensus Action on Salt & Health, CASH) is a group concerned with salt and its effects on health, based at Queen Mary University of London and supported by 24 expert scientific members.

World Action On Salt and Health

World Action On Salt and Health (WASH) was established in 2005 and is a global group with the mission to improve the health of populations throughout the world by achieving a gradual reduction in salt intake.

You don't have to add salt to food to be eating too much – 75% of the salt we eat is already in everyday foods such as bread, breakfast cereal and ready meals.