Where in health am I? : Home / Health Cloud / StaynHealthy / Eat / Soy

Have a mouth as sharp as a dagger, but a heart as soft as tofu - Chinese Proverb 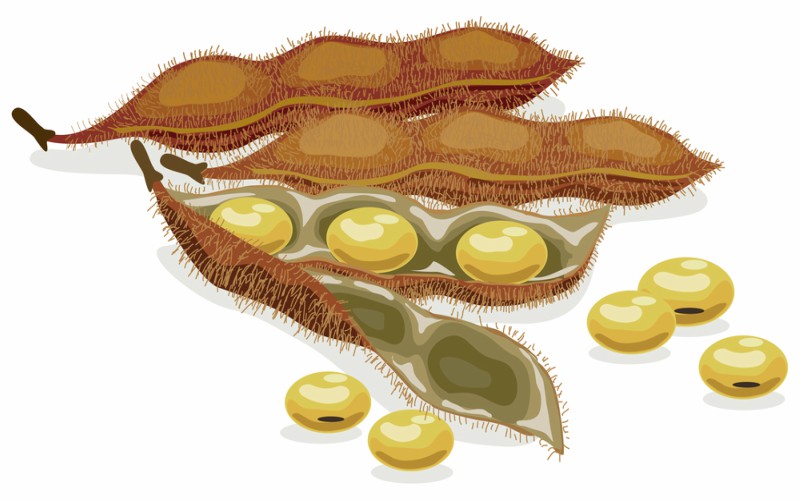 Are You Eating Too Much Soy?

Between tofu and tempeh, miso and soy milk, and the ever-popular edamame, there’s certainly no shortage of soy on the shelves of your local food store. Long touted by health-minded folks as a better-for-you, eco-friendly alternative to meat, soy is a favorite among followers of increasingly mainstream plant-based diets. Yet, do a quick Google search for “soy” and some of the first results include headlines like, “The Dangers of Soy” and “Is Soy Bad for You?”

So what’s the deal? Here’s what you should know about the pros and cons of eating soy.

The Benefits of Swapping Hot Dogs for Soy

This is the first time the FDA has ever tried to revoke a health claim.

Is Soy Good for You? Bad for You? What Does Science Say?

Are soy foods good for you? Or will they kill you? We combed through over 4,500 scientific studies to find out—the results will shock you (or maybe won't).

Where do we stand on soy?

Tofu or snafu? Soy has become a big component of a plant-based diet, but debates have raged for decades over whether soy really produces certain health benefits.

You certainly don’t have to eat soy products, even as a vegetarian or vegan. But for many, options like veggie burgers, soy milk and miso soup make for convenient and tasty meat- or dairy-free dishes. Despite how ubiquitous soy and its derivatives have become in our diets, confusion persists: Is soy healthy for men? And what’s the deal with soy and breast cancer? That’s why we’re setting the record straight on some of the biggest soy myths that just won’t go away. Here are a few biggies to stop believing, stat.

American farmers lead the world in soybean production, growing 75 million acres in 2011. But production of the “vegetable soybean,” called edamame, lags far behind Asian countries such as China, Taiwan, and Thailand. That may be changing as demand for nutritious, local, and American-produced foods grows edamame production is increasing. Initiatives in several states aim to boost production, offering US farmers new opportunities to produce a nutritious, good-tasting, easy-to-grow and non-GMO crop.

No, Eating Soy Isn't Going to Give You Manboobs

In summary, according to Santen, "I do not think men should have any concern about this as a practical matter."

Should you drink soy or cow's milk? Here's what the evidence says.

Another question that often comes up about soy milk: Is it any better for you than regular dairy milk? And the answer is that there's really not a huge difference between soy milk and cow milk, nutrition-wise. If you have good reason to prefer one or the other (say, because of lactose intolerance), that's fine. Drink whatever you prefer.

So, is there a dark side to soy? The Weston A Price Foundation seems to think so.

Soy and Your Health

Soybeans are handy. Aside from the traditional foods they bring us — edamame, tofu, tempeh, and many others — they transform into tasty substitutes for milk, yogurt, ice cream, bacon, burgers, and sausage.

There is no food quite as controversial as soy. There are those who claim that soy is good for everyone, helps prevent breast cancer and is the ideal alternative to dairy. Then there are the studies that show that soy is downright evil suppressing thyroid function, messing with our hormones and acting as a potent carcinogenic. So, who are we to believe?

The Science of Soy: What Do We Really Know?

What most researchers do agree on is that we are only just beginning to truly understand the nature of soy, and that much more research is needed before it is possible to make firm health recommendations. “If you look at nutritional research in general,” Kaplan says, “there are kinds of proteins that are described as being ‘bioactive.’ Most people had assumed that if soy is bioactive, it’s because of the isoflavones. We’re no longer certain of that at all.”

Are You Eating Too Much Soy?

So should you give up soy for good? Not necessarily. Eating some soy can be a healthy way to cut back on meat while still making sure you’re eating enough protein. But too much of a good thing has the potential to take its toll on your hormones and your health. “For healthy adults, I think about soy the way I think about things like sugar, alcohol and caffeine,” says Patisaul. “Moderation is key.”

QUALISOY is a collaborative effort among the soybean industry to help market the development and availability of healthier soybeans and soy oil, reduce environmental impacts of livestock production through improved soybean meal, and improve the global competitiveness of the U.S. soybean industry.

Soy Info Online!is dedicated to providing you, the consumer, with accurate, verifiable and scientific information about soy products and related protein issues.

Soy Is the Earth’s Best Protein to Feed the Planet Soybean production has proven to be a more favorable and environmentally sustainable source of protein because of the high protein quality and nutritional value of soybeans and the efficient use of land, water, and energy of soybean production. Soy-based foods deliver the highest protein density for human consumption per amount of fossil energy inputs.

Since 2003, ENSA brings together companies of all sizes involved in the production of natural soyfoods.

This site includes all the information from soyfoodsforum.com, including health and nutrition, foodservice and product information.

The United Soybean Board (USB) and the American Soybean Association (ASA) are two different organizations with one focus: the success of U.S. soybean farmers. Both groups serve this purpose in different ways. Whereas USB administers soybean checkoff activities focusing on research and market development and expansion, ASA focuses on state and national policy issues, which, by law, the checkoff can’t.

BOCA Burger was born when a Boca Raton chef felt he could make a great veggie burger his way. It became such a hit that he had to set up shop in a warehouse next to his restaurant – his small kitchen simply couldn't keep up with demand. Sure it wasn't the showiest of beginnings, but what mattered most was that he remained true to his idea and standards. We've never lost sight of that way of thinking. Made with the nutritious goodness of soy,

The Dream™ brand is part of The Hain Celestial Group, Inc. – the country’s largest and most respected natural and organic foods company.

Always striving to meet the changing needs of consumers, Nasoya is committed to providing delicious, premium vegetarian foods to consumers for over 30 years.

Physicians Laboratories, makers of non-prescription Revival Soy, is here to serve you with good nutrition, education and medical research. We are the company that finally made soy taste good!

Silk was launched in 1996 and has become North America's best-selling soymilk brand. Since we were founded, we''ve been dedicated to promoting the healthy benefits of natural soyfoods to as many people as possible, while doing business in a way that supports our communities and our planet