Where in health am I? : Home / Health Cloud / StaynHealthy / Eat / Sugar / Artificial Sweeteners

The greatest sweetener of human life is friendship. To raise this to the highest pitch of enjoyment, is a secret which but few discover - Joseph Addison 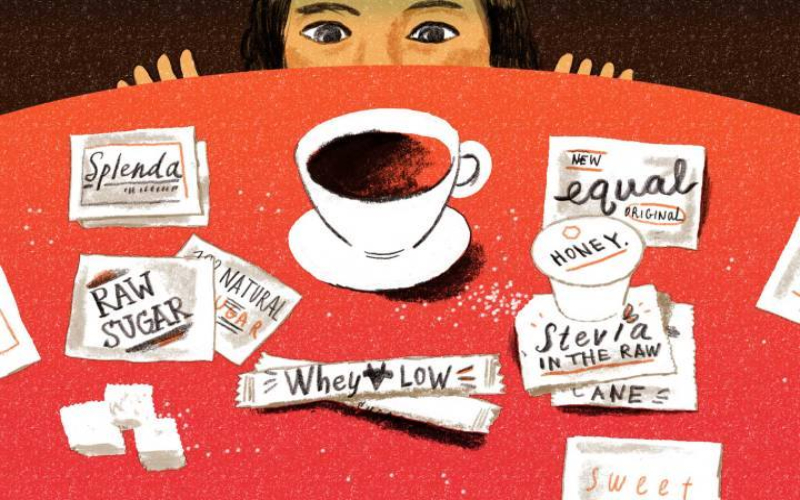 Dear EarthTalk: I saw an article on sugar’s effects on the environment. Has anyone compared different sweeteners (artificial or natural) for their environmental impacts?—Terri Oelrich, via e-mail

The production of sugar has indeed taken a huge environmental toll. “Sugar has arguably had as great an impact on the environment as any other agricultural commodity,” reports the World Wildlife Fund (WWF), citing biodiversity loss as a result of the “wholesale conversion of habitat on tropical islands and on coastal areas” to grow sugar. WWF adds that the cultivation of sugar has also resulted in considerable soil erosion and degradation and the use of large amounts of chemicals across the…

Ready for a bitter reality check on popular non-sugar sweeteners? They aren’t any better for you than the real thing. Technically, they might not be any worse either. Still, in spite of heavy marketing efforts, a new study published this week in the British Medical Journal shows there is no solid science backing claims by artificial sweetener companies that their products are inherently healthier for people.

Trehalose, a sugar that is added to a wide range of food products, could have allowed certain strains of Clostridium difficile to become far more virulent than they were before, a new study finds.

Why One Cardiologist Has Drunk His Last Diet Soda

New research, however, has raised the very real possibility that the non-sugar sweeteners that put the “diet” in diet drinks (and many low-calorie foods), may have been conspiring against me.

Artificial sweeteners may be good for us – think about our ongoing battle against diabetes, obesity and tooth decay. But is there a sour – or even a bitter side to these sugar substitutes?

Being Happy With Sugar

Popular media are full of claims that sugar is toxic. And there’s intense disagreement about recommendations to replace table sugar and high-fructose corn syrup with “natural” sweeteners like agave nectar or fruit juice. What to make of it all?

Cyclamate, an Artificial Sweetener for the Rest of the World

If you're wondering why we don't have cyclamate these days, you can thank the Sugar Association, an industry group formed in 1943 to protect sugar's image from government rationing programs. Cyclamate cost 90% less than sugar and sweetened just as well. What to do if you're the sugar industry? Form the International Sugar Research Foundation and fund shady research looking to cast cyclamate as the bad guy.

Did America Get Fat by Drinking Diet Soda?

A high-profile study points the finger at artificial sweeteners.

Study: diet soda can really mess with your metabolism

The Quick and Dirty Guide to Saccharin

Fun fact: Saccharin is banned in Canada, where Sweet 'N Low is made with a compound called cyclamate instead. But cyclamate is banned in the US, so we're saccharin all the way!

Truvia Vs Stevia: Which is better?

The debate between Truvia Vs Stevia as to which of them is better is more than just a matter of a few calories. Both of them are marketed as a substitute to high caloric and sugar-laden table sugar. Both of these are considered healthier options in comparison to other natural sweeteners like neotame, aspartame and acesulfame potassium. Therefore, the bottom line is that whether you take stevia or Truvia, you don’t have to worry whether these artificial sweeteners are safe or not. Having said this, there are some fine distinctions between Truvia and Stevia.

As a thyroid patient, and someone who wants to avoid sugar, you may think that you are making a good health decision when you reach for that pink, yellow, or blue packet of artificial sweetener, instead of sugar. Think again!

Has anyone compared different sweeteners (artificial or natural) for their environmental impacts?

Must-Reads on HFCS, Sugar and Sweeteners

In terms of nutritional value, sugar and corn syrup are roughly equal in that they have basically no nutritional value. High fructose corn syrup, however, has been found to be contaminated with mercury and should probably be avoided. Two sweeteners, black strap molasses and date sugar (just powdered whole dates), do actually have significant nutritional value. Most artificial sweeteners have been linked to health problems, at least in rare cases. Stevia appears to be harmless as long as you don’t consume too much.