Where in health am I? : Home / Health Cloud / StaynHealthy / Environmental Health / Bioterrorism / Anthrax

Anthrax, it's something that gets you sick, it's horrible, strong. It's a heavy-metal band name if there ever was one - Scott Ian 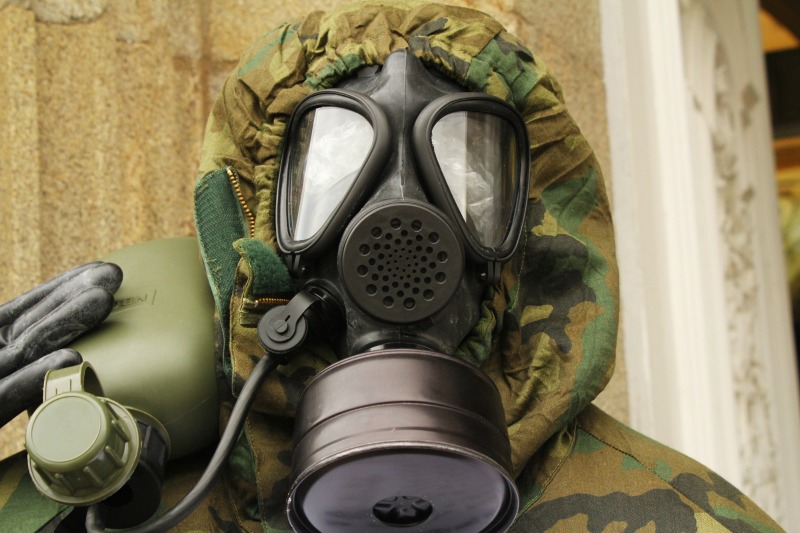 When Anthrax-Laced Letters Terrorized the Nation

Feverish and delirious, Bob Stevens arrived at a Florida hospital in the early morning hours of October 2, 2001. The emergency room doctors thought the 62-year-old photojournalist might be suffering from meningitis.

But when an infectious disease specialist looked at Stevens’ spinal fluid under a microscope, he realized there was another, terrifying possibility. Lab tests confirmed it, and on October 4 Stevens was diagnosed with inhalation anthrax, a bacterial disease primarily found in livestock that the Center for Disease Control (CDC) had recognized as a potential agent of bioterrorism.

Over the next two months, Stevens and four other people would die after inhaling…

In an effort to combat bioterrorism, scientists in South Korea have trained artificial intelligence to speedily spot anthrax. The new technique is not 100 percent accurate yet, but it’s orders of magnitude faster than our current testing methods. And it could revolutionize how we screen mysterious white powders for the deadly bioweapon.

Death in the Air: Revisiting the 2001 Anthrax Mailings and the Amerithrax Investigation

As a result of the anthrax scare, Americans’ perceptions of terrorism came to include an existential fear of biological terrorism (aka “bio-doom”). Though this sense of dread has since diminished in the absence of another biological attack, it persists today because of the recent revolution in biotechnology: a revolution capable of resulting in enormous benefit for humanity as well as catastrophic dangers.

How prepared is the US for an anthrax attack?

"The next epidemic could originate on the computer screen of a terrorist intent on using genetic engineering to create a synthetic version of the smallpox virus ... or a super contagious and deadly strain of the flu," Gates said. But experts agree on one thing: "It's hard to predict the future," Walke said, "but we certainly are in a much better place than we were in 2001."

It’s easy to take the conveniences of modern life for granted—like the fact that the vast majority of us will never develop anthrax infections in our skin. But back in the 1920s, men in the US and British militaries weren’t so lucky. A new report put out by the US Centers for Disease Control links outbreaks of cutaneous anthrax to cheap and dirty shaving brushes used during the first World War.

For its part, BioShield made Ebola one of a number of pathogens prioritized as a potential bioterrorism threat. In doing so, U.S. leadership emboldened other ally governments to also invest heavily in counter-bioterrorism. This represented a huge boost in research for a deadly disease that was otherwise neglected, ultimately leading to the creation of 11 potential Ebola vaccines.

This Vaccine Can Protect You From Anthrax—After Exposure

It’s an anthrax vaccine called BioThrax, and used with antibiotics it’s supposed to keep people from getting sick after they get exposed to Bacillus anthracis, the bacteria that causes the disease. Antibiotics beat back anthrax immediately, but the bacteria famously goes dormant, hiding inside spores for weeks or even months. The vaccine confers long-term protection.

What you should know about Anthrax

Anthrax is not easy to catch: Years ago, researchers tested workers in a goat-hair mill in Pennsylvania and found that although they regularly inhaled low concentrations of anthrax spores, they didn't get sick. And it's important to note: People do not transmit anthrax from one to another. It is not contagious.

Anthrax as a Biological Weapon

Specific consensus recommendations are made regarding the diagnosis of anthrax, indications for vaccination, therapy for those exposed, postexposure prophylaxis, decontamination of the environment, and additional research needs.

Anthrax Deadly Because Its Toxins Damage Liver And Heart

Recent events have confirmed that bioterrorism is no longer a threat but a reality. To provide wide-ranging access to the latest scientific information about anthrax and other potential bioweapons, Nature has put together a special online focus on this issue.

I Must Have Anthrax, The Internet Says So

Admit it. You've done what just about every other adult has done since the advent of the Internet and sites like WebMD and search engines such as Google were introduced. You get an ache in your belly, an odd rash on your skin, a weird bump on your leg, a pain in your chest, you name it and immediately you find yourself logging on and typing your signs and symptoms into a search engine.

More than 30 people taking antibiotics or vaccine to protect themselves but officials say there is little chance of infection after lapse.

A decade after wisps of anthrax sent through the mail killed 5 people, sickened 17 others and terrorized the nation, biologists and chemists still disagree on whether federal investigators got the right man and whether the F.B.I.’s long inquiry brushed aside important clues.

Some Knucklehead In the Pentagon Accidentally Shipped Live Anthrax

Some bonehead at an Defense Department lab accidentally shipped live anthrax spores to government and commercial recipients through a commercial shipping service. What a goof! They were supposed to be shipments of dead anthrax spores, but there was a mix-up.

Anthrax occupies a special role as a feared and potentially lethal disease, but the culmination of a ten-year research project has identified a section of its toxin that could produce an effective new vaccine. Published in PLOS Pathogens, colleagues and I have found a new inroad to developing an anthrax vaccine.

We don't need to know about the safety of the vaccine in children because it would be unethical to test it on them. And if there is an attack, we shouldn't respond by vaccinating "a large number of children," because anthrax doesn't spread from person to person. This is one vaccine we can do without.

In the fall of 2001, a nation reeling from the horror of 9/11 was rocked by a series of deadly anthrax attacks. As the pressure to find a culprit mounted, the FBI, abetted by the media, found one. The wrong one. This is the story of how federal authorities blew the biggest anti-terror investigation of the past decade—and nearly destroyed an innocent man. Here, for the first time, the falsely accused, Dr. Steven J. Hatfill, speaks out about his ordeal.

Researchers find that viruses infecting anthrax and other Bacillus bacteria control its growth both in the soil and in earthworms--and uncover possible new reservoirs for the age-old scourge.

Using Anthrax In The Fight Against Cancer

Researchers are the Massachusetts Institute of Technology revealed how they were able to use one of the most feared biological agents known to humanity, Bacillus anthracis, as the base for a novel immunotoxin. Based on the results of their experiments, there is hope this microbial cause of anthrax could help us combat and beat cancer.

Why Does The Pentagon Keep An Anthrax Stash On Hand?

Of all the things a person could receive in the mail without warning, Anthrax is about the worst thing it could be. The spores, which can cause injury when inhaled, fit easily into letters, as the nation discovered tragically in the fall of 2001. Now, it looks like the Department of Defense accidentally mailed out live samples of anthrax spores to nine states and South Korea. Oops.

When Anthrax-Laced Letters Terrorized the Nation

If the anthrax attacks of 2001 sharpened the nation’s focus on protecting itself against future acts of bioterrorism, that focus faltered in the decades that followed, says Cole. Immediately after the attacks, “we were on a rocketing upwards of concern, funding and preparedness and general awareness,” Cole says. “But as is part of human nature, I guess...the more distant you are from the actual time of the events, the less people will be concerned about it.”

Anthrax is a serious infectious disease caused by gram-positive, rod-shaped bacteria known as Bacillus anthracis. Anthrax can be found naturally in soil and commonly affects domestic and wild animals around the world. Although it is rare, people can get sick with anthrax if they come in contact with infected animals or contaminated animal products.

B anthracis is found in soil in many areas of the world. Ecologic factors (such as abundant rainfall following a period of drought) may enhance spore density in soil, although the exact influence of such factors remains poorly understood.

Anthrax can be used as a weapon. In 2001, anthrax was spread through the mail in a powder. Twenty-two people were infected. The events that occurred in Sverdlovsk, Russia, in 1979 demonstrate what can happen when anthrax is released into the air.

Anthrax is an often fatal bacterial infection that occurs when Bacillus anthracis endospores enter the body through abrasions in the skin or by inhalation or ingestion.1 It is a zoonosis to which most mammals, especially grazing herbivores, are considered susceptible. Human infections result from contact with contaminated animals or animal products, and there are no known cases of human-to-human transmission.

Anthrax is a rare but serious bacterial infection caused by the Gram-positive, spore-forming, bacterium Bacillus anthracis. Spores are very resistant to damage and can remain dormant in the soil for decades. It is primarily a disease of herbivorous mammals. The disease occurs most often in wild and domestic animals in Asia, Africa and parts of Europe. Humans generally acquire the disease through contact with infected animals or contaminated animal products. Symptoms usually develop within two days of exposure for inhalation anthrax and 1-7 days with cutaneous anthrax.