Where in health am I? : Home / Health Cloud / StaynHealthy / Environmental Health / Bioterrorism / Smallpox

No one is known to have synthesized smallpox, but terrorists could eventually learn how - J. Craig Venter 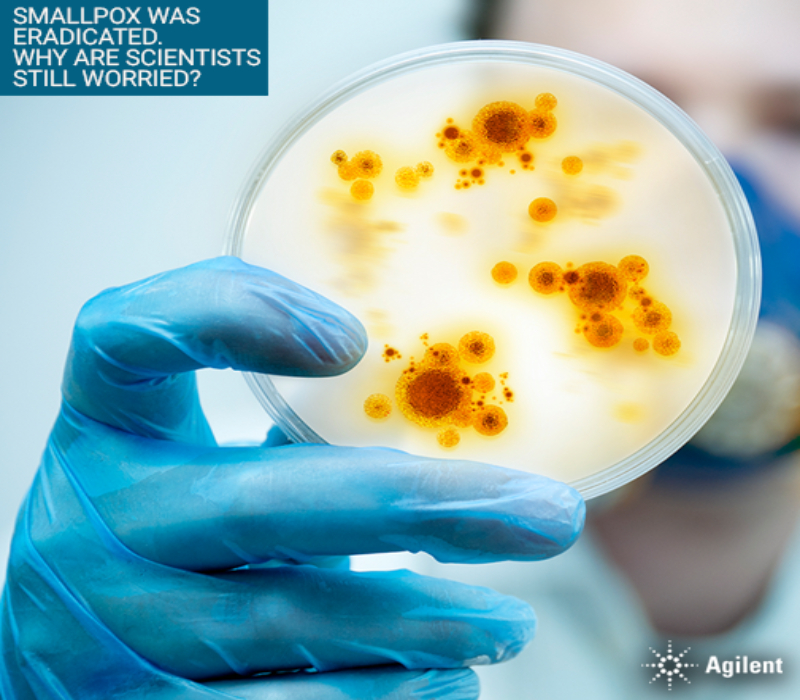 In the year 1980, the world achieved a major victory. Smallpox, a devastating and often deadly infectious disease that had plagued humanity for centuries, was declared eradicated.

Things have changed since then. Strictly speaking, the only officially known stock of the virus that causes smallpox is contained in two high-security biosafety labs in the US and Russia. Unofficially, though, it's a different story.

In 2017, scientists in Canada caused an uproar when they stitched together a synthetic version of an extinct horsepox virus in the lab, using mail-order scraps of cloned DNA.

This controversial chimera wasn't smallpox, but it – and the techniques…

Drug to Treat Smallpox Approved by F.D.A., a Move Against Bioterrorism

The antiviral pill, tecovirimat, also known as Tpoxx, has never been tested in humans with smallpox because the disease was declared eradicated in 1980, three years after the last known case. But it was very effective at protecting animals deliberately infected with monkeypox and rabbitpox, two related diseases that can be lethal. It also caused no severe side effects when safety-tested in 359 healthy human volunteers, the F.D.A. said. “This new treatment affords us an additional option should smallpox ever be used as a bioweapon,” said Dr. Scott Gottlieb, the F.D.A.’s commissioner.

New genetic tools are making it easier and cheaper to engineer viruses and bacteria, and a report commissioned by the Department of Defense has now ranked the top threats posed by the rapidly advancing field of "synthetic biology." One of the biggest concerns is the ability to recreate known viruses from scratch in the lab. That means a lab could make a deadly virus that is normally kept under lock and key, such as smallpox.

The smallpox virus had been used as a BW agent with high efficacy for centuries and is classified as one of the most dangerous BW agents in the Western as well as in the Eastern hemisphere, still. The aim of BW agents is not only to impact the health of specific individuals, but also to contaminate the environment and to destabilize the health care in general as well as the economical and the political system and to knock out essential parts of the infrastructure which might easily result in chaos and panic.

The U.S. and Russia will fight international efforts this week to set a deadline to destroy the last known stocks of smallpox, saying the deadly virus is needed for research to combat bioterrorism.

Even before the September 11 attacks heightened our fears of bio-terrorism, a biologist came up with a sensible strategy for coping with one of the most fearsome possibilities.

Virus has been sequenced and can be replicated if needed Can be accessed quickly and easily in the case of a bioterrorist attack.

Smallpox as a Weapon for Bioterrorism

Smallpox, the only disease ever eradicated, is one of the six pathogens considered a serious threat for biological terrorism...

Smallpox is only alive in two labs. Should we destroy it?

The reasons to destroy the virus seem fairly obvious. After all, smallpox killed 300 million people in the 20th century. And despite all the best precautions, there's a slight risk that it could escape. (Or that a worker could steal some.) Smallpox is still the only human disease that's ever been eradicated through an intentional campaign.

Wary of Attack With Smallpox, U.S. Buys Up a Costly Drug

The United States government is buying enough of a new smallpox medicine to treat two million people in the event of a bioterrorism attack...

To investigate what this kind of hypothetical threat might look, scientists in Australia recently led a complex international simulation of such an attack, called "Exercise Mataika".

Public health authorities prepare for a possible but unlikely biological attack that uses smallpox as a weapon.

TeensHealth was created for teens looking for honest, accurate information and advice about health, relationships, and growing up.