Does this mean you should stop using cell? No. But we need to wake up from this notion that there is no biological effect - Michael Hansen 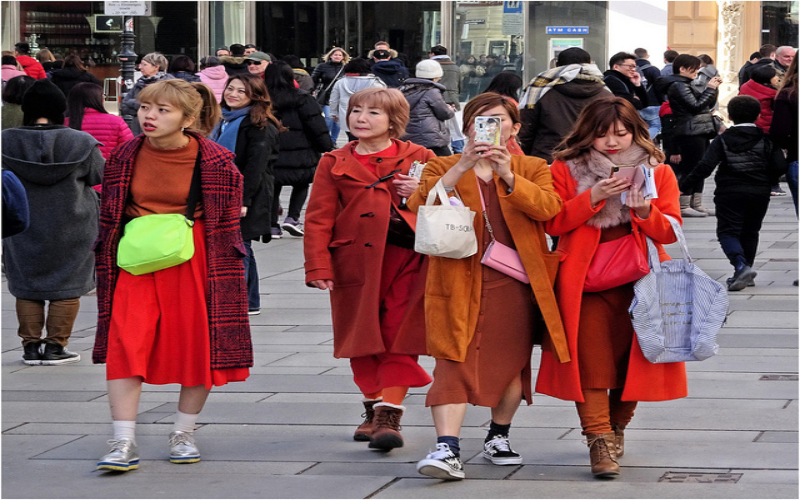 Of Science, Certainty, and the Safety of Cell Phone Radiation

Does electromagnetic radiation from cell phones pose a public health risk? To some people, the question seems paranoid. To others, convinced that their devices are proven hazards, the question seems dangerously naïve. And therein lies a vexing challenge for science journalists: How do you cover an issue when the stakes for human health seem so high, scientific questions still linger, and passions run so deep?

At issue here is the low-energy radiation emitted by cell phones and other personal electronics. These kinds of electromagnetic fields don’t directly damage bonds in DNA, and the Federal Communications Commission, the Food and Drug Administration, and other government agencies…

Is your cellphone giving you cancer? A comprehensive guide to the messy, frustrating research.

With 5G networks coming, understanding the health effects of radio-frequency radiation is more urgent than ever.

A California city has recently banned 5G cellular towers over health risks. But many say the science is shaky and the threat overhyped.

Fact - more teens and tweens, particularly girls, report being depressed and anxious compared with a decade ago. Suicides are also up. The reasons why are not clear. Some researchers say with nearly every teenager using a smartphone these days, digital media must share some of the blame. We take a look at the controversy...

No, mobile phones still won’t give you brain cancer

The supposed health risk from mobile phones is the story that will never die. The latest claim, branded an “inconvenient truth” by the Observer newspaper, is that new research shows they cause cancer in rats. But like all previous incarnations of this tale, the real truth is that the evidence has been overblown and there is nothing to worry about. Cell phones have been accused of everything from causing brain cancer to “frying” men’s testicles over the years. Phones emit radiation to communicate with mobile phone masts, and radiation has always had a bad rap, thanks to the well-known effects of X-rays and nuclear fall-out.

Apple already tells you to keep your phone away from your body. American scientists released two new major studies investigating whether or not there’s connection between cancer risk and cell phone use and the much-awaited answer is…*drumroll, please*…we still don’t really know anything for certain.

A California city has recently banned 5G cellular towers over health risks. But many say the science is shaky and the threat overhyped.

A comprehensive guide to the messy, frustrating science of cellphones and health

With 5G networks coming, understanding the health effects of radio-frequency radiation is more urgent than ever.

Cellphone radiation may never stop scaring people, no matter what

Driving and texting is much more likely to kill you than cellphone radiation. So why are we still talking about the radiation? Fears that the low-energy radiation emitted by cellphones could cause cancer seem to have been simmering ever since cellphones went mainstream. The latest flare up is probably thanks to two things: an article in The Nation about “Big Wireless” and a government study that recently reported some male rats exposed to huge doses of full-body cellphone radiation developed a rare type of heart tumor. The bulk of scientific evidence says that cellphone radiation doesn’t harm humans, according to the Food and Drug Administration.

Cellphones And Cancer Risk: How To Use Your Cellphone More Safely

If you are a male rat and you use your 2G or 3G cell phone for over 9 hours a day, you should be worried about Thursday's National Toxicology Program (NTP) announcement. But what if you are a human?

We have long suspected that cellphones, which give off low levels of radiation, could lead to brain tumors, cancer, disturbed blood rhythms and other health problems if held too close to the body for extended periods. Yet here we are in 2015, with companies like Apple and Samsung encouraging us to buy gadgets that we should attach to our bodies all day long.

The new study of cancer risk from cellphones marks a big change in what researchers think they know about the dangers — which is why it’s sure to get an extra close look from scientists, industry, and government regulators. It’s already giving new ammunition to scientists who never thought the government took the risk seriously enough. But it’s not the final word by any means, especially since other scientists are already finding weaknesses in the design of the study.

An increased incidence of brain and heart tumors was seen in rats. The authors of the NTP study did not say how their results might translate into cancer risk for humans. But "given the extremely large number of people who use wireless communication devices," they wrote, "even a very small increase in the incidence of disease resulting from exposure to RFR resulting from those devices could have broad implications for public health."

A concerning new study links miscarriages to cellphone radiation. How worried should we be?

Non-ionizing radiation may have more of a biological effect than we thought.

The connection between cell phone radiation and health risks is far from settled—but it’s strong enough that the California Department of Public Health (CDPH) has issued guidelines on how to minimize one’s exposure.

The long awaited World Health Organization Interphone study of more than 5,000 brain tumors that occurred between 2000-2004 and cell phone use failed to deliver a knock-out punch.

Cell Phones And Brain Cells: Where The Two Meet

Whether or not there is bona fide danger in routine use of cell phones is, in fact, still unresolved. As often happens when the stakes are high and the science murky, passions and convictions tend to be running ahead of the data. There are, and have long been, scientists and citizens convinced that cell phones pose a significant threat; and there are, and have long been, counterparts convinced that we all have far more important things to worry about.

Do Cell Phones Cause Cancer? Probably, but It's Complicated

The degree of risk almost certainly depends on the length and strength of exposure—but we still don't know how significant the actual danger is.

Do Cellphones Cause Brain Cancer or Not?

Do I Need to Worry About Radiation From WiFi and Bluetooth Devices?

Like cell phones, routers use radio frequency (RF) energy—a form of electromagnetic radiation—to bring wireless internet to your computer, TV, and other devices. Bluetooth headphones and speakers also rely on RF signals to play music. Smartwatches use RF to connect to your phone. And any WiFi-connected smart devices in your home also receive and transmit data using this type of energy. Do you need to worry about any of that?

Hold The Cellphone — That Cancer Study Isn’t What You Think

“Does this mean you should stop using cell? No. But we need to wake up from this notion that there is no biological effect.

How Big Wireless Made Us Think That Cell Phones Are Safe: A Special Investigation

This article does not argue that cell phones and other wireless technologies are necessarily dangerous; that is a matter for scientists to decide. Rather, the focus here is on the global industry behind cell phones—and the industry’s long campaign to make people believe that cell phones are safe.

It's Premature to Conclude That Cell Phones Cause Cancer in Humans

The recent preliminary results from a study by the National Toxicology Program have serious limitations and uncertainties.

Mobile Phone Use and Cancer: Searching for Answers

We are constantly being bombarded by EMF (electromagnetic fields} from the notorious power lines and microwave towers to the wireless router and the latest EMF emitter, smart meters. Yet we persist in carrying EMF with us wherever we go.

Researchers call for greater caution, but skeptics say the evidence from rat studies is not convincing.

No, Apple's new AirPods won't give you cancer, experts say

Unless iPhone 7 users adopt a workaround that would let them plug their earphones into the device’s charging jack, they will need to don wireless headphones or earpieces. But is it safe to put a radiation-emitting earphone device directly in contact with one’s head?

Should you worry about heavy phone use causing cancer?

Do mobile phones increase the risk of cancer? An Italian court has ruled that heavy cellphone usage caused a man’s benign tumour, but there is still no convincing evidence that mobile phones increase the risk of cancer. The man, Robert Romeo, says he spoke on a mobile phone for around 3 hours a day for 15 years while working for a telecoms company. In 2010, he was diagnosed as having a benign tumour in his right ear, and he lost the hearing in that ear when the tumour was removed. It is understandable that if a person spends years with a cellphone pressed to their ear, they blame the phone if they get a tumour in that ear. But correlation is not causation.

Innovation should be good, but all too often it's progress toward the unhealthy. A stupid new smartphone is a perfect case in point.

There's no evidence that cell phones pose a public health risk, no matter what California says

The California Department of Public Health recently released guidelines for decreasing one's exposure to cell phone radiation. This seems, at first, like a reasonable thing to offer. But the problem with a government body issuing guidelines on how to avoid something is that it implies the thing should be avoided. And there’s no evidence that cell phones are dangerous to your health. Period.

We Are All Lab Rats in a Massive Cell Phone Study

Worth a read before you go to bed with your phone again.

We need to talk about the health risks of wearable technology

Many agree the simplest cautionary measure is to maintain some physical distance from our radiation-emitting devices—but clearly that will be much more difficult when the device is strapped to one’s body.

Why It’s Not Time to Panic About Cellphones and Cancer

All research should be hypothesis-driven, and make sense in the real world. Cellphones are unbelievably common. More than 90 percent of people in the United States use one regularly. If they caused brain cancer in even a small percentage of users, we’d see an increase in its incidence. Since the late 1980s, however, the incidence of brain cancer in the United States has been decreasing.

Research found small increases in tumors and DNA damage in some rats; ‘No smoking gun’

Of Science, Certainty, and the Safety of Cell Phone Radiation

How to cover an issue when the stakes for human health seem so high, scientific questions still linger, and passions run so deep?