Where in health am I? : Home / Health Cloud / StaynHealthy / Environmental Health / Renewable Energy

Solar power, wind power, the way forward is to collaborate with nature - it's the only way we are going to get to the other end of the 21st century - Bjork 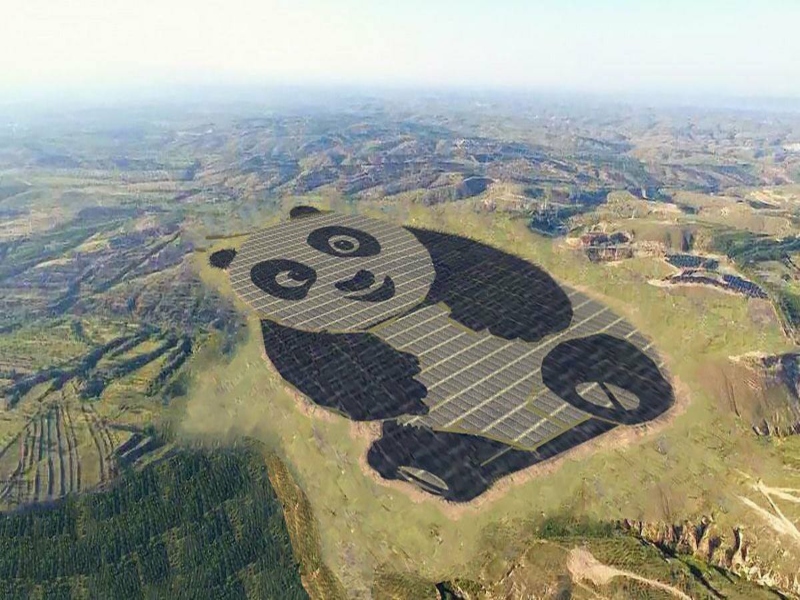 Does ‘green energy’ have hidden health and environmental costs?

There are a number of available low-carbon technologies to generate electricity. But are they really better than fossil fuels and nuclear power?

To answer that question, one needs to compare not just the emissions of different power sources but also the health benefits and the threats to ecosystems of green energy.

Production of electricity is responsible for about a quarter of global greenhouse gas emissions, and demand is poised to rise as underserved populations connect to the grid, and electronics and electric vehicles proliferate. So stopping global warming will require a transformation of electricity production.

But it is important to avoid various environmental…

Coronavirus is not the only global health crisis. Just ask ½ billion people

Universal healthcare and universal access to electricity are both global development goals. While hospitals in developed countries struggle to allocate medical resources to a population strained by COVID-19, health facilities in developing economies cope every day with infrastructure and energy access challenges.

The fact that renewable sources technologies produce little to almost no greenhouse gases leads toward less air pollutants into the air. This smaller carbon footprint, quite naturally, paves the way for a complete positive impact on the environment.

Power plants that burn coal and other fossil fuels emit not only planet-warming carbon dioxide, but also pollutants linked to breathing problems and premature death. Policies proposed to mitigate climate change, however, often fail to fully account for the health benefit of switching to cleaner technologies. Researchers show that emphasizing health concerns in such policies can alter the optimal locations of these upgrades.

Could the Health Benefits of Renewable Energy Cover Your Electric Bill?

How Does Your State Make Electricity?

America isn’t making electricity the way it did two decades ago. Now the future of the nation’s energy mix has become a major election issue.

No, The Blackouts In Texas Weren't Caused By Renewables. Here's What Really Happened

Blaming wind and solar is a political move, Bird says. What's really needed — in Texas and elsewhere — is better preparation.

Researchers at MIT foresee a healthier Rust Belt as a result of renewables.

For too long, a lack of reliable power has prevented people in remote and rural communities from accessing the healthcare they need, when they need it. As the race for universal energy access picks up pace, here are five ways renewable energy can help protect quality healthcare for the world’s poorest.

Finally we can power the planet on renewables alone – here's how

The future of humanity and the planet depends on how we produce energy: a reliable, affordable and decarbonized energy system is essential.

Use of fossil fuels contributes to climate change and health impacts of air pollution. Electricity generation is a major source of CO2, one of the main greenhouse gases (GHGs) driving climate change. Electricity is also a major source of air pollutants that harm health—sulfur dioxide (SO2), nitrogen oxides (NOx), and fine particulate matter (PM2.5).

Solar power may seem like the perfect energy source, but a life-cycle assessment reveals that the manufacture of solar power equipment has some negative consequences for human health and the environment.

Even ‘clean’ and ‘green’ energy have an environmental impact

If only it were so simple. Assigning words to energy such as “clean” and “dirty,” or “good” and “bad,” is disingenuous. The unfortunate reality is that all energy, at scale, has environmental effects. We are better served in the long run by open, fact-based conversations in our schools, workplaces, governments and universities about the challenges and benefits of all energy.

DRIVING a car and eating red meat are not only bad for the climate – your health suffers too. All the more reason to curb our carbon habit, says a report by the Climate Health Commission. This panel of health researchers was appointed by The Lancet journal to assess the potential health benefits of tackling climate change, as well as the likely consequences of failing to do so.

Fighting Climate Change, One Building At A Time

But the biggest change, Higgins says, is "the shift in the dialogue from kilowatt-hours to carbon." Building owners now understand that the goal is not just saving energy. They're helping to save the world from catastrophic climate change.

Is 100% renewable energy realistic? Here’s what we know.

Reasons for skepticism, reasons for optimism, and some tentative conclusions.

Is Renewable Energy a Realistic Option for Hospitals?

A growing number of healthcare centers are shifting from fossil fuels to renewable energy as energy costs continue to rise and the government tightens the regulations on carbon emissions.

Solar energy is a natural fit for healthcare organizations — and not just because solar reduces air pollution and makes the world a cleaner, healthier place.

Meet the Clean-Energy Pioneers Who Could Help Solve Climate Change

VICE founder Shane Smith meets with pioneers in the industry to understand how we currently make and use energy, and how the world can realistically move away from burning fossil fuels and toward clean, renewable energy sources.

“The energy sector remains one of the most dangerous industries for U.S. workers. A transition to renewable energy generation utilizing sources such as wind and solar could potentially eliminate 1300 worker deaths over the coming decade,” says Dr. Sumner.

Communities across sub-Saharan Africa face challenges in accessing essential health care services, But solar technology could be part of the solution.

What scientists, engineers, companies, and nations expanding their power capacities need to focus on, is implementing solutions that keep negative impacts of renewables in check.

The Experts: What Renewable Energy Source Has the Most Promise?

Two renewable energy sources are already major energy sources. Hydropower currently provides about 16% of the world's electricity, which is greater than the percentage produced by nuclear power, and a far greater share than all other renewables combined. In fact, the largest power plant by capacity in the world, as well as four of the five largest power plants in the world are hydroelectric plants. However, most of the world's best sites for hydropower have already been developed, so global growth in new hydropower capacity is forecast to be slow. The second major source of renewable energy is traditional biomass, which accounts for two-thirds of the renewable energy in the world.

The global transition to clean energy, explained in 12 charts

Despite all the progress, we’re still struggling to hit the climate emergency brake.

The hidden harm of health care: air, water, and other pollution

Some hospitals and health care systems are already working to improve their environmental performance. More than two dozen health care organizations across the country, from California to New England, have committed to meet the Paris Agreement climate action goals. Many others, including Massachusetts General Hospital, where I work, have committed to 100 percent renewable electricity, in addition to existing efforts to reduce waste and polluting emissions.

With major health facilities now struggling to maintain their operations amid dwindling fuel and power supplies, healthcare services are being reduced, rescheduled, or stopped. So how can we fight COVID-19, meet the power demand, and boost the resilience of healthcare facilities?

Which is why the biggest quest in energy right now is a way to store all that beautiful solar energy. Solve this problem, and you are well on your way to solving global warming.

‘We Need an Energy Miracle’

Bill Gates has committed his fortune to moving the world beyond fossil fuels and mitigating climate change.

Does ‘green energy’ have hidden health and environmental costs?

There are a number of available low-carbon technologies to generate electricity. But are they really better than fossil fuels and nuclear power? To answer that question, one needs to compare not just the emissions of different power sources but also the health benefits and the threats to ecosystems of green energy.

The 3 biggest benefits of renewable energy – and the cons

In people’s minds renewable energy is good, while fossil fuels are bad. But the picture is much more complicated than that.

At the heart of clean energy journalism. Providing news and interviews on renewable energy and energy efficiency issues around the globe.

The Energy News Network is a nonprofit news site dedicated to keeping influencers, policymakers and citizens informed of the important changes taking place in the transition to a clean energy system.

Supporting countries in their transition to a sustainable energy future

Power for All advances renewable, decentralized electrification solutions as the fastest, most cost-effective and sustainable approach to universal energy access. Power for All:

We are a global group that develops and manages sustainable infrastructure solutions, especially in renewable energy. Our business spans the entire value chain, from design and construction through to operation and maintenance.

We are a start-up company with 80 years of experience and over 15,000 employees worldwide. With our product portfolio we are ideally positioned to develop solutions for the greatest challenges of our society. Sustainable thinking and acting are essential to preserve our planet and improve both the basis of life and the quality of living for millions. We align economic growth with sustainability – with profitable products and technologies that benefit society and reduce our impact on nature.