If you want to know what you could run an industrial society off of, it would be hydro and as much geothermal as you could find - Susan Krumdieck 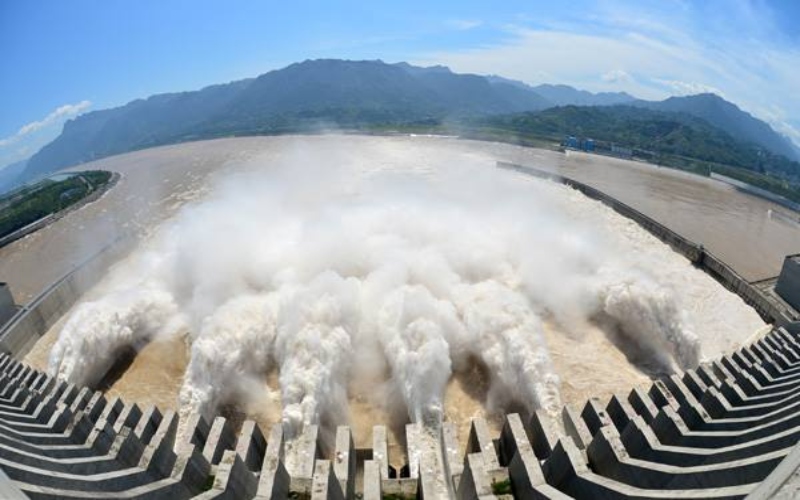 The most powerful renewable energy

The world’s most relied-upon renewable energy source isn’t wind or sunlight, but water. Last year, the world’s hydropower capacity reached a record 1,308 gigawatts (to put this number in perspective, just one gigawatt is equivalent to the power produced by 1.3 million race horses or 2,000 speeding Corvettes). Utilities throughout the globe rely upon hydropower to generate electricity because it is cheap, easily stored and dispatched, and produced with no fuel combustion, meaning it won’t release carbon dioxide or pollutants the way power plants burning fossil fuels such as coal or natural gas do.

As with other energy sources, however, hydropower is not without an environmental cost.…

Resistance to hydropower is evaporating as science takes centre stage

Big dams have a bad reputation. They’re often associated with social disruption and environmental damage. That perception is now shifting. The challenges of climate, urbanisation and economic growth in countries and communities already burdened by poverty and underdevelopment is leading to a radical change in attitudes. Dams and related water infrastructures are once again being recognised as key contributors to a prosperous and, as important, sustainable future. Developing countries need reliable water supplies for their predominantly poor populations. They also need to expand their energy production in ways that don’t aggravate climate change.

Thousands of hydroelectric dams are under construction around the world, mainly in developing countries. These enormous structures are one of the world’s largest sources of renewable energy, but they also cause environmental problems.

Will Tidal and Wave Energy Ever Live Up to Their Potential?

As solar and wind power grow, another renewable energy source with vast potential — the power of tides and waves — continues to lag far behind. But progress is now being made as governments and the private sector step up efforts to bring marine energy into the mainstream.

Everything you need to know about Tidal Energy

Tidal energy is created using the movement of our tides and oceans, where the intensity of the water from the rise and fall of tides is a form of kinetic energy. Tidal power surrounds gravitational hydropower, which uses the movement of water to push a turbine to generate electricity. The turbines are likened to wind turbines, except they are positioned underwater.

Hydroelectricity is getting less reliable due to global warming. And the world is doubling down on it.

Contrary to popular belief, hydroelectric power can seriously damage the climate. Proposed changes to the way countries’ climate budgets are calculated aim to take greenhouse gas emissions from hydropower reservoirs into account, but some experts worry that they will not go far enough. The green image of hydro power as a benign alternative to fossil fuels is false, says Éric Duchemin, a consultant for the Intergovernmental Panel on Climate Change (IPCC). “Everyone thinks hydro is very clean, but this is not the case,” he says. Hydroelectric dams produce significant amounts of carbon dioxide and methane, and in some cases produce more of these greenhouse gases than power plants running on fossil fuels. Carbon emissions vary from dam to dam, says Philip Fearnside from Brazil’s National Institute for Research in the Amazon in Manaus. “But we do know that there are enough emissions to worry about."

Large hydropower dams 'not sustainable' in the developing world

A new study says that many large-scale hydropower projects in Europe and the US have been disastrous for the environment.

Los Angeles wants to use the Hoover Dam as a giant battery. The hurdles could be more historical than technical

Los Angeles is looking into whether it should spend an estimated US$3 billion on a massive, 20-mile underground pumped hydropower storage system that would be connected to the iconic Hoover Dam on the Colorado River outside of Las Vegas. If it does get built, this system would essentially serve as a giant battery to store power.

Renewable or not? How states count hydropower

When is hydropower a renewable energy source? The answer, at least from a policy perspective, depends on the state.

The Experts: What Renewable Energy Source Has the Most Promise?

Two renewable energy sources are already major energy sources. Hydropower currently provides about 16% of the world's electricity, which is greater than the percentage produced by nuclear power, and a far greater share than all other renewables combined. In fact, the largest power plant by capacity in the world, as well as four of the five largest power plants in the world are hydroelectric plants. However, most of the world's best sites for hydropower have already been developed, so global growth in new hydropower capacity is forecast to be slow. The second major source of renewable energy is traditional biomass, which accounts for two-thirds of the renewable energy in the world.

The most important dam you probably haven’t heard of

The Nile is the primary water source for Ethiopia’s downstream neighbors, Sudan and Egypt. Construction of the GERD has strained relations with both countries, particularly Egypt.

As the world gets hotter and drier thanks to our predilection for burning fossil fuels, the technologies we need to reduce emissions could be too thirsty to be sustainable. The choices we make balancing power and water are already becoming an urgent issue in the fight against climate change, says Amanda Fencl of the Stockholm Environment Institute in Davis, California. But some renewable and clean energy sources also need a lot of water, says the DoE report. The main consumer is hydropower, which requires large reservoirs of water to generate electricity. Other technologies use it indirectly, to irrigate biofuel crops, for example, or cool and wash solar panels.

Tidal Energy -- All Renewables Are Not Created Equal

At 800 times denser than air, water can drive smaller turbines to produce greater energy than wind.

The most powerful renewable energy

Can we harness the extraordinary power of rivers in a way that replenishes ecosystems, rather than harming wildlife?

Our mission is to advance sustainable hydropower, building knowledge on its role in energy, water & climate solutions.

Hydropower is energy derived from flowing water. More than 2,000 years ago, the ancient Greeks used waterpower to run wheels for grinding grain; today it is among the most cost-effective means of generating electricity and is often the preferred method where available.

Hydropower is the United States’ oldest source of renewable electricity, comprising nearly 7% of U.S. generation. In 2018, hydropower accounted for roughly 40% of U.S. renewable electricity generation, while pumped storage hydropower remains the largest contributor to U.S. energy storage with an installed capacity of 21.6 GW, or roughly 95% of all commercial storage capacity in the United States.