Can we learn to love the wind - Jeremy Webb 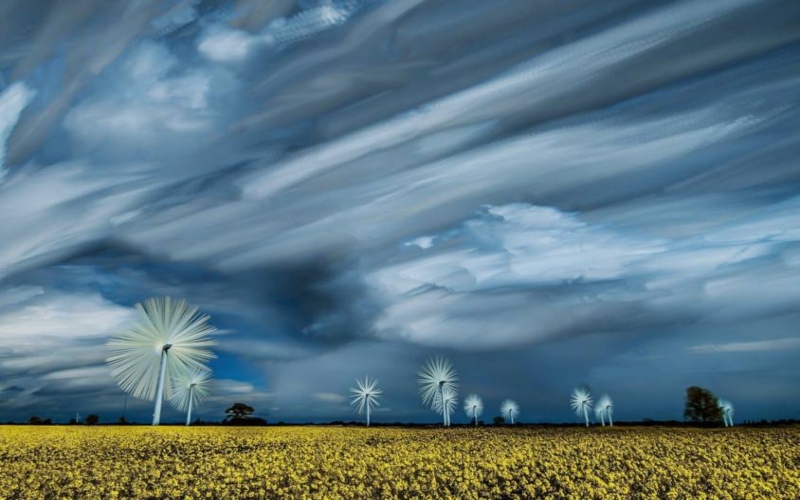 Is wind energy a viable alternative to fossil fuels?

‘Scotland’s on track to meet 100% renewable energy demand by 2020.’ This bold statement first hit the headlines in June 2019. In the first half of 2019 Scotland’s wind turbines generated enough clean, fossil-free electricity to power almost every household in Scotland—twice over! Since then, even more renewable energy projects have been proposed and constructed. Currently under construction is the Beatrice offshore wind farm which power around 450,000 homes. In addition to this Seagreen wind-farm which, when finished, will generate enough electricity to supply one million homes, 40% of all Scottish households. There now are no coal fired power plants in Scotland and only one gas fired station,…

Is it possible to build wildlife-friendly windfarms?

One of the greenest types of energy poses a conservation conundrum – wind farms can lead to collisions with birds and bats. Is there way to build them so they don't harm animals?

“These figures show harnessing Scotland’s plentiful onshore wind potential can provide clean green electricity for millions of homes across not only Scotland, but England as well.” He added: “It’s about time the UK government stepped up and gave Scottish onshore wind a route to market.”

The down side to wind power

Wind farms will cause more environmental impact than previously thought. When it comes to energy production, there’s no such thing as a free lunch, unfortunately.

A Climate Conundrum: The Wind Farm Vs. The Eagle’s Nest

The state wants to get its electricity from carbon-free sources, but expanding renewable energy faces a range of hurdles.

A Monster Wind Turbine Is Upending an Industry

G.E.’s giant machine, which can light up a small town, is stoking a renewable-energy arms race.

Advantages and Challenges of Wind Energy

Wind energy offers many advantages, which explains why it's one of the fastest-growing energy sources in the world. Research efforts are aimed at addressing the challenges to greater use of wind energy.

Can we learn to love the wind?

Wind power is a curse. It makes too much noise, kills birds and it will blight vast tracts of Britain’s remaining upland wilderness. These criticisms have become the dominant message about wind power in Britain’s newspapers in recent months.

Even as Wind Power Rises, It Falls Under a Political Cloud

Wind farms, with their rapid geographic spread and technological advances, are reshaping the electric system, defying skepticism that they are steady or reliable enough to displace conventional power plants.

Grand challenges in the science of wind energy

Wind power was harnessed early in the history of civilization, first to propel sailing vessels and later to drive windmills that were often used for grinding grain and pumping water. However, it was not until the early 20th century, thanks to the pioneering work of Albert Betz, Ludwig Prandtl, Nikolay Zhukovsky, and others in the burgeoning field of aerodynamics, that a foundation for wind energy science was developed and specifically applied to electricity generation.

How the Virus Slowed the Booming Wind Energy Business

Overall, this is an interesting and important piece of research, highlighting the need to be mindful of unintended consequences, be these positive or negative, of the energy transition. Integrating these findings with other social, economic, environmental and technical considerations is essential to ensure we don’t leap from the frying pan into the fire.

Offshore wind has several advantages over land-based renewable energy, whether wind or solar. Turbines can be deployed at sea with fewer complaints than on land, where they are often condemned as eyesores. But the technology had been expensive and heavily dependent on government subsidies, leaving investors wary. That is now changing.

Pros and cons of wind energy

As an abundant and inexhaustible natural resource, few question wind power’s status as one of the most sustainable ways to generate electricity. Yet the environmental impact associated with the industry remains a point of debate – especially the CO2 emissions released during the extraction of raw material and turbine disposal.

The environmental impacts of solar and wind energy

Huge offshore wind turbines require feats of engineering to construct. But the resulting power is both clean and cheap – and the UK is investing so much, it is now the world leader.

The Rise Of Wind Energy Raises Questions About Its Reliability

She says utilities are getting savvy about forecasting when the wind will blow. And they're spacing out new wind farms so that as the wind shifts, one farm can power up as another powers down.

The Winds Are Changing for Renewable Energy

Red states won’t abandon their resistance to renewable mandates, but over time, the growing economic dynamism of solar and wind energy could compel a more balanced approach.

Clean energy doesn't have to be deadly.

Why the offshore wind industry is about to take off

In addition, offshore wind turbines have grown more reliable, and government subsidies and mandates have incubated and sped the development of Europe’s industry. While electricity from U.S. offshore wind farms will initially cost system operators more in the U.S. than in Europe – as is common with any breakthrough projects – we predict that prices will fall once the market gets bigger here.

Not getting sick and dying from pollution is worth quite a bit, it turns out.

Far from being a miracle cure-all for the shortcomings of conventional power generation, wind and solar power exaggerate the symptoms they pretend to address.

Wind power in the UK now accounts for nearly 30% of all electricity production. Land-based wind turbines now produce the cheapest type of energy – and there is no doubt wind farms can help to reduce greenhouse gas emissions by replacing the fossil fuels that have traditionally been used to generate electricity. But what of wind turbines built on top of sensitive, natural environments – does low-carbon energy still help reduce emissions if it involves disturbing the kinds of habitats that are effective at trapping carbon and keeping it out of the atmosphere? This is an important question, but it is one that is too rarely being asked.

Ancient mariners used sails to capture the wind. Farmers once used windmills to grind their grains and pump water. Today, more and more wind turbines wring electricity from the breeze. Over the past decade, wind turbine use has increased more than 25 percent per year. Still, it only provides a small fraction of the world's energy.

Winds of change: Britain now generates twice as much electricity from wind as coal

At some point, for several hours, wind, solar and hydro will together, for the first time, provide more than half of Britain’s electricity generation. This goes to show just how much a major power system can be reworked within a decade.

Is wind energy a viable alternative to fossil fuels?

Unquestionably, the most well-known and straightforward argument for wind power is the fact that it is infinite. Wind has always been on the earth and always will be. Humans have been harnessing the power of the wind for use in mills since the 9th century.