Where in health am I? : Home / Health Cloud / StaynHealthy / Fitness / Trackers

Metrics everywhere, spitting out data you don’t know what to do with - Riaan Conradie 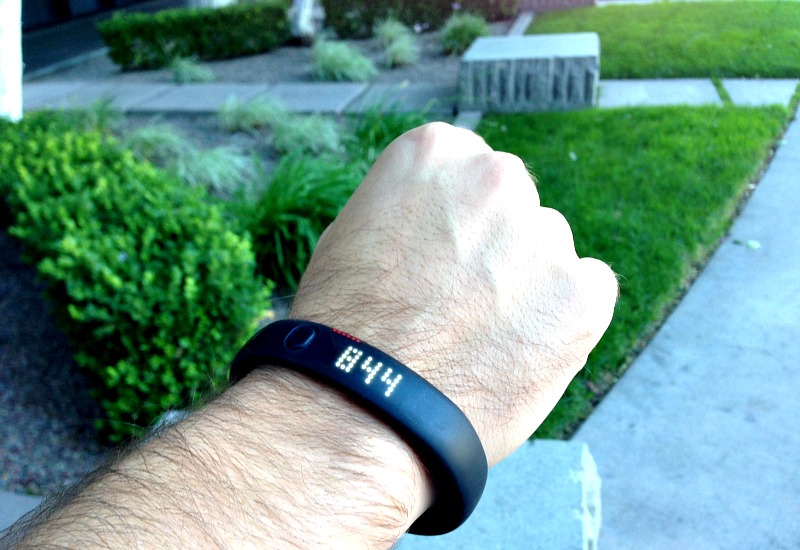 Wearable activity monitors can count your steps and track your movements, but they don’t, apparently, help you lose weight. In fact, you might lose more weight without them.

The fascinating finding comes from a study published today in JAMA that found dieting adults who wore activity monitors for 18 months lost significantly fewer pounds over that time than those who did not. The results suggest that activity monitors may not change our behavior in the way we expected, and raise interesting questions about the tangled relationships between exercise, eating, our willpower and our waistlines.

There have been tantalizing hints in a few studies recently that new technologies such as wearable activity monitors, which tell us how much we are moving and how many calories we have burned during the day, might help some people to drop pounds. Those studies, however, had typically been small scale and short term, so it was still unclear how much activity monitors might aid in weight loss.

So for the new study, University of Pittsburgh scientists from the Physical Activity and Weight Management Research Center and their colleagues gathered almost 500 young, overweight men and women who wanted to lose weight. The recruits ranged in age from 18 to 35 since, presumably, these younger volunteers would be familiar with and competent using technologies such as activity trackers and any learning curve would be slight.

The volunteers were weighed and their general health and fitness assessed. Then, for the first six months of the study, the volunteers followed a straightforward, low-calorie diet designed to provide steady weight loss and were urged to start moving more, aiming for at least 100 minutes of moderate activity each week. They kept daily food and exercise diaries and attended weekly counseling sessions.

By the end of six months, everyone had lost weight. And then the actual experiment began. The scientists now divided their volunteers in half. One group was told to start logging their daily exercise sessions onto a study website. The others were given a monitor designed to be worn on the upper arm that would track their physical activity and provide feedback about whether they were achieving goals for step counts, calorie expenditure and so on.

“We were pretty confident” that the volunteers in the group using the activity monitors would exercise more, monitor their calorie intake better, and lose more weight than the people in the self-monitoring group, says John Jakicic, a distinguished professor in the department of health and physical activity at the University of Pittsburgh and the study’s lead author.

For 18 months, the volunteers logged into the study website or wore the monitor on most days. Counselors occasionally checked with everyone by phone and sent encouraging text messages. After 18 months — and two years after the beginning of the study — all of the volunteers returned to the lab to repeat their measurements from the start. Most were thinner now than at the start of the study (although many had regained some of the weight that they had lost during the first six months).

Those who had not worn activity monitors were, on average, about 13 pounds lighter now than two years ago. Those who had worn the monitors, however, weighed only about 8 pounds less than at the start. “We were definitely surprised,” Dr. Jakicic says.

The reasons for the difference in weight loss are not immediately clear, he says. Theoretically, those using the monitors might have been so inspired to exercise that they moved a lot, developed large appetites, and overate, blunting any weight loss from the workouts, he says. But in fact, the data from the monitors shows that those wearing the technology generally exercised less than those in the other group.

So perhaps the monitors resulted in less motivation to move, Dr. Jakicic says. It is possible, he says, that when those wearing the trackers realized they would not reach their daily exercise goal, they simply gave up, leading to relatively low caloric expenditure on those days, and less weight loss overall than among those not using the technology.

The people using the monitors may also have assumed that, in some roundabout way, the technology removed responsibility from them for monitoring their energy intake, Dr. Jakicic says. “People may have focused on the technology and forgotten to focus on their behaviors” and ate too much, he says.

Dr. Jakicic and his colleagues hope to conduct follow-up studies that will directly examine how activity monitors affect exercise motivation and subsequent weight loss. “What these results say to me is that we still have a great deal to learn” about how monitoring technologies affect real-life actions, Dr. Jakicic says. People’s responses to a monitor strapped to their arm may not always be rational and could result in behaviors that are the opposite of those that the monitor would be expected to encourage.

In other words, we humans are strange and often our own worst enemies, especially when it comes to trying to increase our exercise or reduce our weight.

How Fitbit Could Challenge the Apple Watch

2017 wasn’t kind to Fitbit. Here’s the case for an unlikely partnership that could help it make a dent in the smartwatch market.

The Fitness-Data Revolution Is Just Getting Started

Companies want to turn all those numbers about consumers into more personalized—and fun—workouts.

Wearables Are Totally Failing the People Who Need Them Most

It’s a shame because the people who could most benefit from this technology—the old, the chronically ill, the poor—are being ignored. Indeed, companies seem more interested in helping the affluent and tech-savvy sculpt their abs and run 5Ks than navigating the labyrinthine world of the FDA, HIPAA, and the other alphabet soup bureaucracies.

Fitness Trackers: Four Models That Are Fitter Than Ever

For durability and ease of use, basic fitness trackers still go the extra mile. A look at the Fitbit Charge HR, Garmin Fenix 3, Misfit Shine 2 and Runtastic Moment.

Tracking every detail of my workouts is too ingrained.

Not All Who Wear Fitness Trackers Are Lost

New results published this week in the Journal of the American Medical Association say that wearable monitor devices do not help people lose weight. Rather the opposite: People who wore trackers for 18 months of attempted weight loss actually lost less weight than people who went untracked.

But the Touch is much more than a step counter. First of all, it can measure your body fat versus muscle composition. That helps you to better understand the impact of your diet and workout activities over time.

Commercial fitness trackers worn on the wrist are less accurate than a chest strap monitor at measuring heart rate, and may over- or underestimate heart rate depending on activity level, researchers say. In general, wrist monitors are more accurate at rest than during exercise.

Sports apparel brands are all walking away from fitness wearables

While none of these companies have completely halted their digital fitness efforts, there's certainly an overall theme of scaling back, especially when it comes to hardware. In fact, assuming Adidas is getting out of hardware, that means that pretty much all of the major sports apparel companies have given up on the wearables space. They join a long list of other companies (Intel, Jawbone, and Microsoft to name a few) that ultimately couldn't cut it in fitness wearables.

The Apple Watch Wants to Become the Ultimate Fitness Tracker

It's now a good option for both casual exercisers and serious athletes.

The focus from the technology industry has been on getting gadgets on to wrists, but that will change in the very near future as consumers start to demand more from the lumps of plastic attached to their person.

Wearable activity monitors can count your steps and track your movements, but they don’t, apparently, help you lose weight. In fact, you might lose more weight without them.

Wareable is the authority on wearable technology. Wareable is your trusted guide to getting the most from your connected self.

For people who want to live healthier and achieve more there is Microsoft Band. Reach your health and fitness goals by tracking your heart rate, exercise, calorie burn, and sleep quality, and be productive with email, text, and calendar alerts on your wrist.

Fitbit wirelessly syncs to online tools and apps to keep you motivated. No buttons, wires, or hassle.

Vívosmart HR+ is different from our other activity trackers1 — not because it lacks any of their features, but because of what it includes that they don't.

Gear Fit2 works with you every kilometer, every heartbeat, every step of the way. It also works with a wide range of smartphones.

With the push of a button, Zoom HRV continuously measures your heart rate and heart rate variability with extraordinary accuracy and precision. Zoom HRV automatically detects your body’s readiness to train and tells you how hard to push. Zoom HRV tracks every move you make, every calorie you burn, and minute you sleep.

Misfit has its origins in wellness, beginning with our initial fitness-based innovations. At our core, we are driven by the will to inspire change and improve lives—a far broader mission than fitness. We consider the entire picture: exercise, sleep, nutrition, and even the environment. Healthy living, sum total.

The multi-sport wearable coach that talks to you as you work out.

YOO isn’t just an activity device. It’s a powerful awareness tracker that helps transform us from who we are to who we want to be.