Where in health am I? : Home / Health Cloud / StaynHealthy / Global Health / Discrimination / Gender-Based 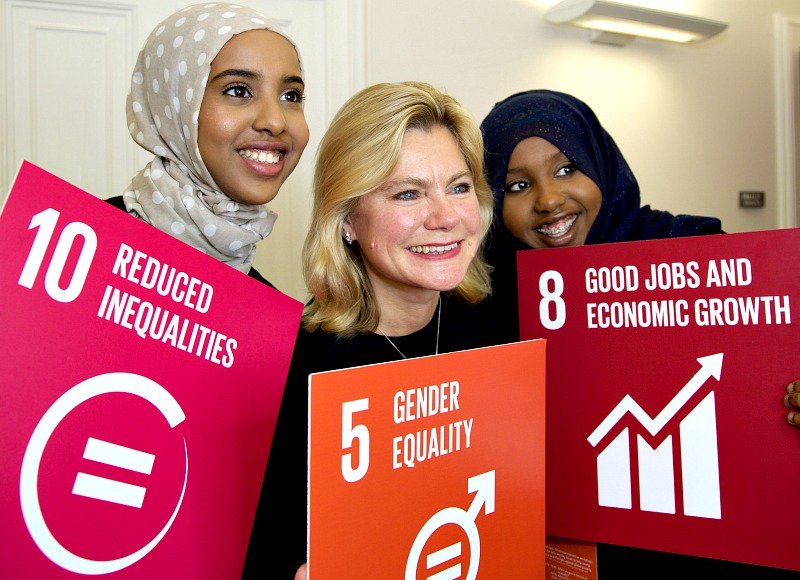 Gender equality is a hot issue... When these biases occur, the workplace can become tense and lawsuits can follow. But lawsuits aside, one must remember this: Gender bias is a form of prejudice and discrimination and it has no place in business. With that said, when you're a part of a mostly male-dominated profession, how do you spot those biases so they can be addressed? Although it shouldn't be too much of a challenge, it's surprising how often these things go unnoticed.

Let's take a look at 10 kinds of gender bias you might encounter in the workplace and what you can do to prevent them. These occurrences range from the simple to the complex, and with the complex, you may not find the solution here. But getting the dialog started is often half the battle.

This one is obvious, but it's a challenge to solve. Why? Because the issue of pay equity between genders goes all the way up the flagpole to the United States government. In fact, this is often a hot button issue during political debates. The good news is you don't have to be a part of the issue. If you hire engineers and/or administrators, make sure you base their pay not on gender, but on performance and experience. The moment you allow gender to play a part in pay, you become part of the problem.

This is a subtle one. Ask yourself one simple question: Do you interview men and women differently? Do you ask women questions like "Do you have children?" or "Do you plan on having children?" Both of those inquiries have zero business in an interview. Questions about family and family life should be out of bounds—and in some cases, they're illegal. Whether a woman has or plans to have children does not affect her skills any more than it does a man's. Once hired, if the issue of childbirth comes up, deal with it in the moment. Do not predicate the hiring or firing of potential employees on the idea that they may require maternity leave.

When you're unloading boxes of servers from a truck, if a woman wants to help, let her. Don't offhandedly say, "We got this sweetums." You might be surprised to discover that some of the women in your department can deadlift more than the men. This is the kind of subtle gender bias that shows employees that inequality is accepted. The same holds true with standard positional responsibilities. If you have two equally qualified administrators, one male and one female, give them equal responsibilities. Period.

This one, I have found, is usually far less than subtle. I've worked in a couple of IT-related gigs where it is clear that the majority of employees are men. To find this out, all you have to do is step foot in the restroom. I actually worked in a place where the bathrooms were so disgusting, I'd walk down the block to use another company's facilities. First and foremost, do not let your restroom reach this state. Second, if you do... do not expect the women to clean them! The female admins and engineers are not your maids or your mothers.

Consider how you converse with your employees. Do you speak differently to the men and the women? If you're unsure, the next time you are addressing the entire staff, take note—or record yourself. Then, the next time you speak with a female staff member compare how you speak to her versus how you addressed the entire team. What is different (if anything)? If you find that your style differs between conversations with men and with women, make adjustments. This doesn't necessarily mean you should start speaking to everyone as if you are speaking to a man. But if you find your style of conversation is really suited only for male company, that is what you need to address. While in the workplace, adopt a gender-neutral style of conversation.

Can your male and female employees climb equally high on the ladder of opportunity? If not, why? What makes a male or female better qualified to climb higher in your company? If there is no justifiable reason for this (and there probably isn't), remove that glass ceiling. Each employee, regardless of gender, should have the same opportunity. All things being equal, men and women should be able to reach as high as possible, given their skills and performance.

What makes a woman better suited to be a secretary or receptionist? Why shouldn't a man fill that position? Why shouldn't a woman serve as your first line of security? This type of gender bias is rampant in all types of businesses. Don't fall into the stereotype nightmare; otherwise, you might miss out on hiring the best-suited applicant for the job. If you get a male and female applying for the same position—be it secretary or security—hire based on who you believe can perform best based on skills and past experience, not gender. Be open to men working in roles traditionally filled by women and women placed in positions typically held by men.

What are your reasons for terminating an employee? Have you ever fired a female employee for asking to be treated equally? Have you ever NOT fired a male employee who was involved in sexual harassment? The termination of employees needs to be handled without bias. If you fire XX for A, you'd better be sure that XY would be fired for A as well. Rules and policies should apply for both genders—across the board.

Let's face it. Society has changed a great deal over the last decade. If you're still holding onto views that were popular in the nineties (or earlier), you are way behind. Consider this: I was once associated with a company that required women to wear dresses and pantyhose. The men? There was no dress code—it was assumed they would all wear khakis and button down shirts. The notion that women should adhere to some outdated fashion standard—and similar kinds of obsolete thinking—should be eradicated from the workplace. Women can be professional without dresses and hose just as men can be professional without a tie.

I would be remiss if I did not mention sexual harassment with regard to gender bias. It amazes me that this type of behavior still occurs in the workplace. There is a reason why companies have had to implement policies regarding sexual harassment. And because IT is such a male-dominant profession, harassment is often either overlooked or not even perceived. This is the danger zone of gender bias. Not only can it cause serious issues with your staff, it can come back to haunt your company legally and in the court of public opinion. There are no circumstances where sexual harassment should be permitted. None.

Have you seen gender bias in your job?

Gender bias can sometimes be hard to spot and in some instances, even harder to purge. But if you look carefully, especially with a nod to what I've listed here, you might start seeing these biases popping up. Do everything you can to prevent them and your business will be a much happier and healthier environment."

Source: Jack Wallen, Excerpt from 10 examples of gender bias you may encounter in the workplace, TechRepublic, May 7, 2015.

The US Constitution does not guarantee equal rights. We are working to ratify the #EqualRightsAmendment which will ensure an #EqualFuture #ERANow.

Female doctors are good for your health, but they experience a gender pay gap, discrimination, burnout and depression

The problem is that our health-care system hasn’t changed along with the practice style of its female physician workforce, and the consequences are beginning to show.

A new study adds to the evidence that routine moments of “disdain, distance, and disrespect” have health consequences.

The Facebook chief operating officer and founder of LeanIn.Org says disparities in the workforce mean companies are missing out on lots of talented women.

An open letter from women of science

In this new era of anti-science and misinformation, we as women scientists re-affirm our commitment to build a more inclusive society and scientific enterprise. We reject the hateful rhetoric that was given a voice during the U.S. presidential election and which targeted minority groups, women, LGBTQIA, immigrants, and people with disabilities, and attempted to discredit the role of science in our society.

Gender Discrimination Is at the Heart of the Wage Gap

Job Discrimination and What Women Can Do About It

Women have a precarious hold on positions in the labor market. Like the blacks and the very young, they have traditionally been the expendable portion of the labor force which employers have been free to woo or reject in accordance with fluctuations in production, sales, patient; client, or student load.

The Creativity Bias against Women

Research shows that females are perceived as less “creative” in many contexts.

There are some practices and policies that are unfair to men. But this fact should unite men with feminists, not drive them apart.

When Will Employers Stop Treating Women Like Second Class Citizens?

Women, tired of being treated like second class citizens in the workplace earnings arena, are demanding through law suits and legislation that they receive equal pay for comparable jobs performed by men.

10 examples of gender bias you may encounter in the workplace

Does your company suffer from gender bias? If your answer is "no," are you certain? Here are 10 kinds of gender bias that can pop up in the workplace--some subtle, some not so subtle.

HRC envisions an America where lesbian, gay, bisexual, transgender and queer people are ensured equality at home, at work and in every community.