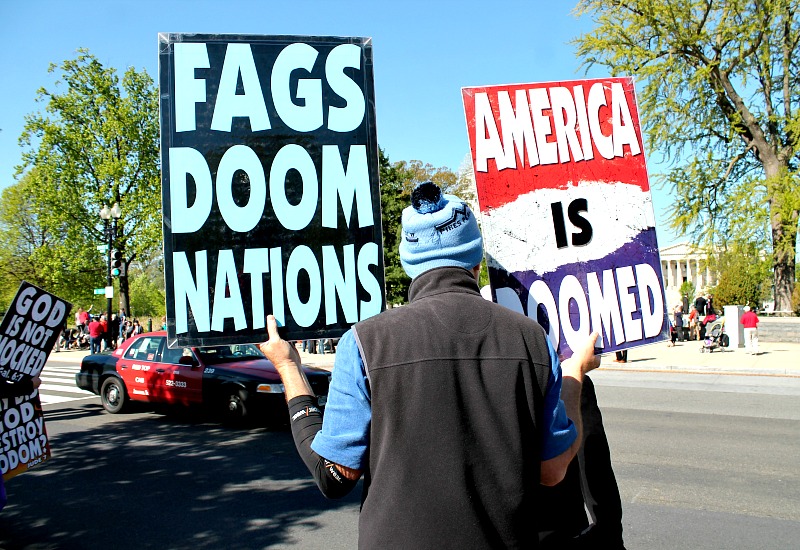 Horrifying images posted on social media for all the world to see show men accused of homosexuality thrown off high buildings, stoned to death, or shot in the head by extremist groups, including the Islamic State (known as ISIS) in Iraq, Syria and Libya.

This was the worst, but by no means the only, violence directed against lesbian, gay, bisexual and transgender (LGBT) people in all parts of the world. According to a report on discrimination and violence against LGBT people by the United Nations High Commissioner for Human Rights in June:

Since 2011, hundreds of people have been killed and thousands more injured in brutal, violent attacks… Other documented violations…

Sexual Minorities Are Fearful Of Coming Out To Health Providers

The Worst (and Best) Places to Be Gay in America

We’re at the mercy of our ZIP codes: Lesbian, gay, bisexual and transgender people are often affected most by their municipality, not their state.

Why You Should Be Suspicious of That Study Claiming A.I. Can Detect a Person’s Sexual Orientation

Recently, the A.I. community was left largely stunned when a study released by two Stanford researchers claimed that artificial intelligence could essentially detect a person’s gay or straight sexual orientation. For those of us who have been working on issues of bias in A.I., it was a moment that we had long foreseen: Someone would attempt to apply A.I. technology to categorize human identity, reducing the rich complexity of our daily lives, activities, and personalities to a couple of simplistic variables.

The Challenges That Remain for L.G.B.T. People After Marriage Ruling

Visibility has increased in recent years, but so have attacks against transgender people, making for a “traumatic” time, Ms. Keisling said.

Why Gay Workers Decide to Stay in the Closet

At Boston University, Rebecca Farmer was active in the lesbian, gay, bisexual and transgender community. But when it came time to pursue a career in finance, the 23-year-old decided to stay in the closet.

“Discrimination is doing its dirty work”: a new survey looks at the effects of anti-LGBTQ hate

The survey found anti-LGBTQ discrimination can push people back into the closet.

Developments at the United Nations give insight into global trends and emerging patterns on matters relating to sexual orientation and gender identity.

Blogging by Paul Johnson, Professor of Sociology at the University of York.