Where in health am I? : Home / Health Cloud / StaynHealthy / Lymphatic Health 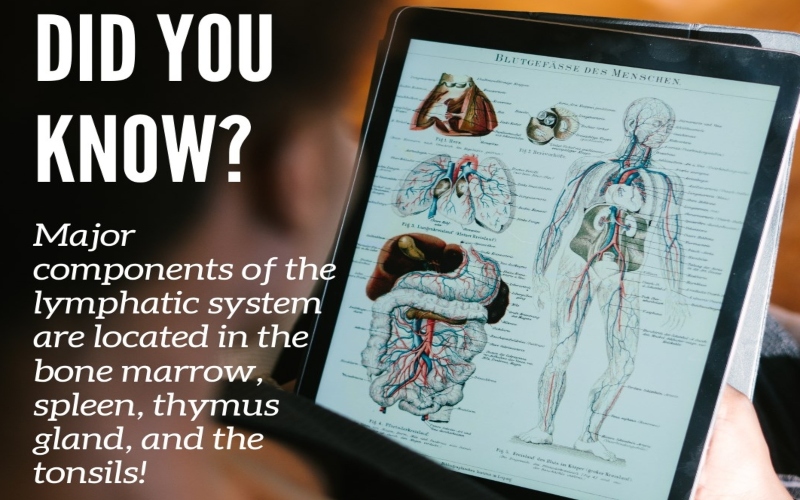 image by: Academy of Lymphatic Studies

Lymphatic Health Is the Next Frontier in Wellness

Hate to break it to you, but your body leaks. Fluid seeps out of your cells and tissues into the spaces between, where it can build up and cause swelling. It’s the job of your lymphatic system to collect all of this excess liquid, filter out nasties like cellular waste, bacteria, and pathogens, and return it to your bloodstream. In the past few years, we’ve seen a rising awareness of just how important this system is for reducing inflammation, staving off disease, and promoting good digestion (the wellness trifecta, if you will), and accordingly, there’s been an uptick in services and treatments meant to promote lymphatic health. In 2020, these spa offerings and workout classes will hit the…

Look After Your Lymph!

Why what you don't clean out can kill you, and how optimizing your body's gunk-removal system may save your life.

Defects in the lymphatic system have been linked to a wide range of health consequences, but new findings of how the system works could lead to future therapies.

Removing and Destroying Pathogens: How the Lymphatic System Protects the Body

The lymphatic system includes a network of vessels, ducts, and nodes, as well as organs and diffuse tissue that support the circulatory system. These structures help to filter harmful substances from the bloodstream. Organs of the lymphatic system, such as the spleen, thymus, and tonsils, house specialized cells that destroy the harmful pathogens.

Tattoo Particles Can End Up in Your Lymph Nodes

But it doesn’t necessarily mean tats can give you cancer.

The boy was dying. Zebrafish helped save his life

The Lymphatic System in Health and Disease

The lymphatic vascular system has an important role in the regulation of tissue pressure, immune surveillance and the absorption of dietary fat in the intestine. There is growing evidence that the lymphatic system also contributes to a number of diseases, such as lymphedema, cancer metastasis and different inflammatory disorders.

The New Era of the Lymphatic System: No Longer Secondary to the Blood Vascular System

The blood and lymphatic systems are the two major circulatory systems in our body. Although the blood system has been studied extensively, the lymphatic system has received much less scientific and medical attention because of its elusive morphology and mysterious pathophysiology. However, a series of landmark discoveries made in the past decade has begun to change the previous misconception of the lymphatic system to be secondary to the more essential blood vascular system.

The world of lymphatic drainage: the Goop-style dodgy science taking over Instagram

While many wellness companies co-opt shaky science into a beauty trend, some are framing lymphatic drainage massage as a fundamental part of cancer treatment.

“Rather than saying, ‘Don’t ever lift more than 15 pounds, don’t carry a suitcase,’ instead we should empower women,” said Wendy Demark-Wahnefried, a professor of behavioral science at the University of Texas M. D. Anderson Cancer Center, who wrote the editorial. “Give them the rehab and the exercise training they need after their treatment.”

Why we need a lymphatic system

Welcome to the lymphatic system! Find out why we need it, and how it interacts with our blood vessels.

Lymphatic Health Is the Next Frontier in Wellness

Hate to break it to you, but your body leaks. Fluid seeps out of your cells and tissues into the spaces between, where it can build up and cause swelling.

The lymphatic system is a crucial part of your body's ability to fight off infection and viruses. It's a key player in the immune system that functions by circulating lymphatic fluid through a series of lymph vessels all throughout your body. This fluid gathers up anything foreign, such as viruses and bacteria from your body tissues and flushes them to your lymph nodes, where immune cells attack whatever isn't helping your body.

LE&RN is committed to educating the public about lymphatic disease and the need for treatment and research. We also host symposiums several times a year in which patients, family members, and the medical community are provided with the opportunity to hear from experts in the field.

The world is rediscovering the importance of the fluid of life: Lymph The flow of the lymphatic fluid throughout the body plays a crucial role in our life.

The lymphatic system helps protect us from infection and disease. Sometimes cancer cells can travel through lymph fluid to other parts of the body.

Lymph is a clear-to-white fluid made of: White blood cells, especially lymphocytes, the cells that attack bacteria in the blood. Fluid from the intestines called chyle, which contains proteins and fats.