When sperm and egg unite, something goes from inanimate to animate. It is life - Mitt Romney 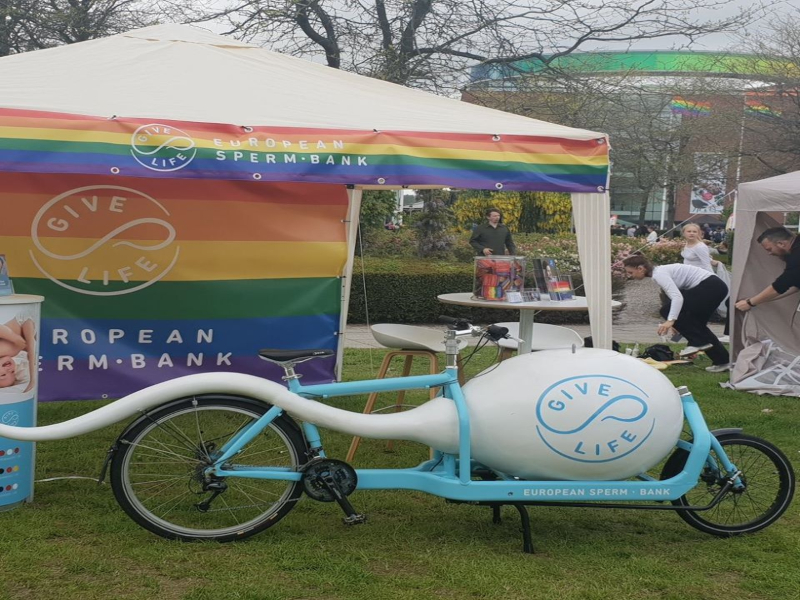 The Sperm Kings Have a Problem: Too Much Demand

The sperm kings of America are exhausted.

These men are flying all over the place. They are shipping their sperm with new vial systems and taking the latest DNA tests because that is what women want now. Sure, they can talk on the phone, but they say it has to be quick because they are driving to Dallas or Kansas City or Portland, Maine, in time for an ovulation window. They would like to remind me they have day jobs.

“People are fed up with sperm banks,” said Kyle Gordy, 29, who lives in Malibu, Calif. He invests in real estate but spends most of his time donating his sperm, free (except for the cost of travel), to women. He also runs a nearly 11,000-member private Facebook…

Tens of thousands of donor-conceived children grew up thinking they'd never know their biological fathers. Now, they have a chance to.

Because of the increasing popularity of genetic testing sites like 23andMe, in the past two or three years a whole new category of people, including those who never knew they were conceived via donor insemination, are reaching out to half siblings who may have already connected with others in their extended biological family.

Their Children Were Conceived With Donated Sperm. It Was the Wrong Sperm.

As genetic testing becomes more widespread, parents are finding that sperm used in artificial insemination did not come from the donors they chose.

For generations, it was a basic tenet of donating sperm: Clinics could forever protect their clients’ identities. But, increasingly, donor anonymity is dead.

How sperm banks are screwing you hand over fist

For companies that are expected to bring life into the world, they face very little government regulation and largely handle sperm behind closed doors with little checks or balances.

Sperm bank mothers: 'Looks aren't a priority but brains are'

Thanks to advances in medical science, more and more professional women are using sperm banks to fulfil their dreams of motherhood. Casilda Grigg reveals the human stories behind a reproductive revolution.

The Real Problem With Sperm Banks

Sperm banks are barely regulated, a situation that can lead to everything from an increase in hereditary conditions to accidental incest.

The Surprising Birthplace of the First Sperm Bank

"The technology that enables today’s sperm banks was developed in the 1950s," Northeastern's Swanson writes. "What has changed in the intervening half century is the legal, social, and political context for using frozen semen, not human biology."

The Sperm Kings Have a Problem: Too Much Demand

Many people want a pandemic baby, but some sperm banks are running low. So women are joining unregulated Facebook groups to find willing donors, no middleman required.

6 Terrifying Things Nobody Tells You About Donating Sperm

To a young guy with not much money, sperm donation seems too good to be true. It pays well and requires you to do nothing more than what you'd be doing anyway. And if you happen to help a childless couple along the way, that's just icing on the cake.

The rates of infertility are worsening—a problem truly shared by both men and women. That’s why we set out to provide a modern, accessible solution to taking charge of male fertility. Dadi ensures that couples can use healthy, younger sperm when they’re ready to start a family, putting you in charge of your own future.

Cryobiology, Inc. was founded in 1989 by a PhD lab director in Assisted Reproductive Technologies (ART) in response to a demand for reliably high quality, tested and quarantined anonymous donor sperm samples. Over the years, we have continued to adapt to the changing needs of all those who wish to build a family using donor sperm.

Our highly trained and compassionate staff provides a variety of services from assistance with donor selection, to genetic counseling, to private storage for semen, eggs, and embryos.