I tried everything they had on the market. I tried the pills, I tried a vacuum erection device, I tried the shots, and none of it worked for me - Herschel Chalk 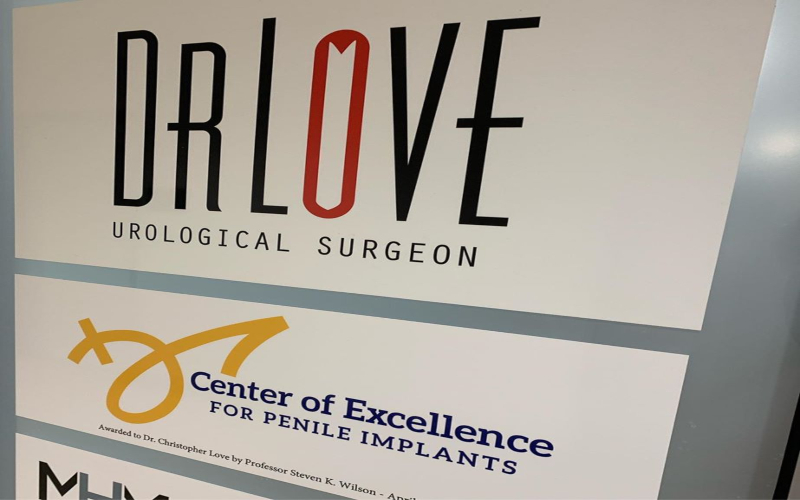 Is a Bionic Penis in Your Future?

The latest development in science’s battle against erectile dysfunction makes Viagra and the other oral ED medications look, well, so 20th century. Pfizer’s little blue pill has worked wonders for millions of impotent men, but the bionic penis implant is something else again. Something more appropriate for the Star Wars generation.

Developed by a team of American scientists, the new implant is made of nitinol, a shape memory alloy of nickel and titanium that responds to heat activation to assume a shape and configuration consistent with erection. Once the heat source is removed and the alloy cools, it returns to a state akin to flaccidity.

For men who’ve lost their natural…

How would you feel if first you had prostate cancer, treated it with surgery, and lost your erections? Common treatments like Viagra do not help you. You do your research and learn of an outpatient procedure that could restore your erections. Then, you learn your insurance will not pay for it.

My Journey With A Penile Implant

I understand why an implant has the highest satisfaction rate than every other form of treatment for ED. I'm glad I had the surgery and recommend it to every man who is healthy enough for surgery and who doesn't want to be impotent for the rest of their life. Don't let your anger or sense of betrayal toward the surgeon who removed your prostate stop you from going under the knife one more time. You'll be glad you did!.

Despite introduction of oral phosphodiesterase type 5 inhibitors and intracavernosal vasoactive agents, penile prosthesis implant remains a relevant and desired option with sales of penile prostheses continue to stay high, as many men became refractory to medical therapy and/or seeking a more effective and permanent therapy...

Living Chalk, who is on his second penile implant in about 14 years, said surgery for ED isn’t for everyone, but he wants men to know they have options.

The Problem With DIY Penis Implants

In correctional facilities around the world, prisoners are performing penile implants on themselves and each other -- possibly because they are bored.

This Is How A Penile Implant Actually Works

A man in the United Kingdom recently made headlines when he had surgery to get a so-called “bionic penis.” But experts say the man actually received a penile implant — a relatively common device typically used to treat men with erectile dysfunction.

Is a Bionic Penis in Your Future?

The latest development in science’s battle against erectile dysfunction makes Viagra and the other oral ED medications look, well, so 20th century. Pfizer’s little blue pill has worked wonders for millions of impotent men, but the bionic penis implant is something else again.

The AMS 700 Penile Implant is the most popular AMS inflatable prosthesis line. Why? It most closely mimics a natural erection, provides rigidity when inflated and a natural, flaccid appearance when deflated.

After a legacy of decades specializing in men’s sexual health, Coloplast is the trusted leader for erectile dysfunction solutions. The Coloplast Titan® penile prosthesis with reservoir is the only implant of its kind approved by the FDA for submuscular placement, which can lessen the risk of serious complications during and after surgery for some patients.