Tough love and brutal truth from strangers are far more valuable than Band-Aids and half-truths from invested friends, who don’t want to see you suffer any more than you have - Shannon L. Alder 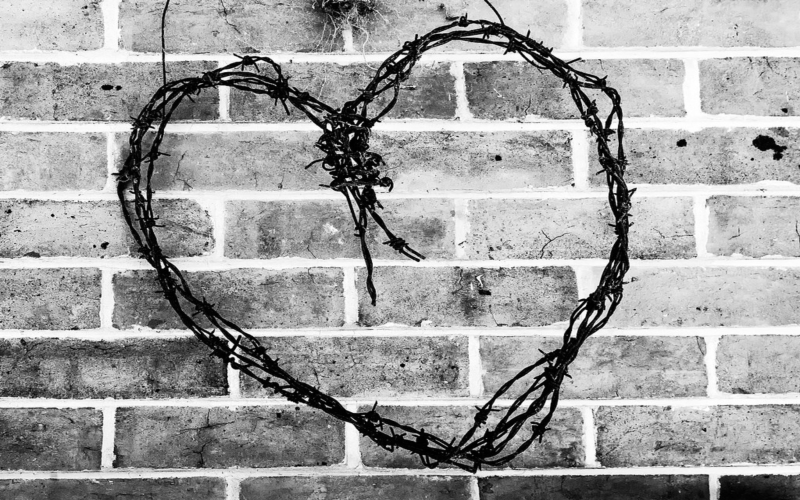 The tough love culture manifests itself through criminal sanctions against drug use, and also plays out in kitchens and living rooms. Yet no matter how tough the law has been, and no matter how tough people get (partly from copying what they see on TV), the approach has not served us well. Here, I offer a remedy for tough love: enabling.

You’ve probably heard that alcoholics and drug addicts should not be “enabled”. By now, most people have heard it so often that it isn’t questioned. The issue is simply addressed like so: whether a certain form of assistance qualifies as enabling, and hence as misguided and harmful. Never is it suggested that enabling could be the right move.

Yet when we enable youngsters to go to college, or people in poor countries to eat decent food or drink clean water, few would accuse us of having done wrong. So, apparently, enabling is a good thing, as long as it does not benefit someone with a substance addiction.

The reasoning behind it all is that, somehow, an addict or alcoholic must hit bottom - and that hence enabling inhibits one’s motivation to recover. This is untrue, and I will soon get to that. First, I will point out that even the provision of clean needles can qualify as enabling. Anything that makes a using addict’s life more “manageable” can qualify. Hence the staunch resistance even to initiatives that have clearly saved many (addicts and non-addicts) from deadly infection. No matter how strange some may find the opposition to needle exchange, it was very controversial only a few years back, and those who still oppose it are simply more consistent than most in adherence to the proscription against enabling.

Think about it: even mending a broken leg could enable someone to get high more often. Here is a metaphor to consider: one approach involves mending bones despite the potential increase in drug use; another might involve breaking bones, or at the very least refusing to mend them.

What really happens when addicts are enabled? Well, some continue as before - not much difference aside from an increased quality of life (perish the thought). Others react positively to opportunity, and quit or begin to reduce substantially. It is myopic to believe that good fortune is conducive to substance abuse. Of course it can happen, but cases that are statistically minor simply detract from the larger (and obvious) reality: while the rich and famous often struggle, the poor and marginalized are far more likely to go overboard with booze, drugs, or both. It’s just like that: bad situations increase the likelihood of bad behaviors. A funny thing about the human condition: when people are degraded, they are strongly tempted to degrade themselves further. So while the bottom rarely works, a helping hand just might.

Here is an example I often use: smoking - an addiction that far more people know, so they can trust their own judgment (rather than that of the monstrous recovery culture that still governs the West). If a tobacco smoker seems unwilling or unable to quit, will ruining that person’s marriage and getting him or her fired at work do the trick? Of course not. This person would now be far less likely to quit than before (every decent study conducted can vindicate that). But why? We have just pushed so-and-so closer to a bottom. Not only that, but we have deprived the individual of money, so smoking is now harder to afford. Well, what if the poor sap now foregoes a sandwich in order to by smokes, or simply picks used butts off the sidewalk as many unfortunates do?

Hey, at least we tried.

No! There is no excuse for treating a human being - in this case a cigarette smoker - that way. It’s much the same with other addictions. Look around, the down and out are far more likely to smoke, not just cigarettes but also crack, and more likely to shoot up or get drunk. So why is pushing someone toward a bad situation considered a solution to addiction, whereas alleviating that situation is derided as “enabling”? Simple: we inherited this nonsense from the twentieth century. As I’ve said many times: the twentieth century was wrong!

Recap: so-and-so will not smoke more cigarettes because we found her a job, or helped him with housing and a welfare check. Such initiatives are more likely to alleviate an addiction - no guarantees, of course, but treating someone kindly is still the best strategy.

I will add that if having someone in your life is too much to bear, letting that person go might be necessary. Best, though, to come clean and admit that you are doing it for yourself (or maybe for your children). All this nonsense about throwing people to the dogs for their own good is starting to wear thin.

As the fates would have it, while writing this blog I stumbled across a communication that uses the term enable properly: “mentally ill problem substance users in the USA were enabled to find competitive employment in the open labour market ...”

Good thing someone enabled them. The world needs more enablers, and fewer preachers.

How Tough Love Can Drive Performance

Of course, one game is not enough to provide evidence for he argument that Mourinho is a better man manager than is widely acknowledged. But there are signs that his tough love can work.

On “tough love” and your fat friend’s health

Let us soften. Love is tough enough without tough love.

She Went to Jail for a Drug Relapse. Tough Love or Too Harsh?

Should an addict’s relapse be punished with a criminal sanction? Ms. Eldred has put that question before the Massachusetts Supreme Judicial Court, in a case that may have widespread ripples, as hundreds of thousands of addicted people tumble into the criminal justice system. Remaining drug-free is an almost universal requirement of probation. Violating it can bring sanctions ranging from a warning to, frequently, jail.

Why Tough Love Can Be the Best Thing for Your Relationship

No one likes critical feedback. We often avoid criticism by discouraging those who give it, or dismissing it as invalid. It’s hard to hear that someone feels mistrust, disappointment, or anger toward us. But avoiding “tough love” denies us the opportunity to enhance respect and trust in our relationships and our lives.

Tough love – does it hurt or help a person with an addiction to alcohol or other drugs, aka substance use disorder (SUD), get the help they need? I regularly get some form of this question – generally because there’s so much confusion about what it means. Unfortunately, there is no single definition of tough love applicable to addiction.

“The thought used to be that you can’t force them into recovery,” he says. “You can lead a horse to water, but you can’t force him to drink.” But with family drug court, the threat of a few days in jail can be strong motivation to stay clean.

Love your children—but don’t believe them, defend them or feel sorry for them

One of the greatest challenges to busy parents is developing a loving, tough, sacrificial, intelligent approach to raising kids. Being a good parent has more to do with our own internal victories than eliciting specific behavior from our children. The parent that wrestles with the issues surrounding the three categories here will undergo significant transformation in parenting, and their children will benefit greatly. If these principles throw you a little, that’s probably a good start!

The Tough-Love Approach to Career Guidance

“You don’t want someone that will tell you exactly what to do. That’s not the point of a mentor.”

Time for an end to parental tough love

Based on the results of a study published last month which linked “harsh physical punishment” with mental disorders and substance abuse later in life, we wrote an article The Conversation arguing It’s never okay to hit your kids.

Tough Love: Should You Hold the Line, No Matter What?

Tough love is tough, but it is still love. Blessed are the peacemakers, and when communicated firmly and in a technically neutral voice (not screaming, but incorporating reflective listening using the “victim’s” own words) it is still love.

Troubled teens are occasionally sent to corrective outdoor programs, where they hike for days or perform manual labor. But some parents are saying the physical exertion verges on abuse.

Troubled teens are occasionally sent to corrective outdoor programs, where they hike for days or perform manual labor. But some parents are saying the physical exertion verges on abuse.

“Aw—Mommy Will Make It Better”

Are parents turning their kids into whiny weaklings by overconsoling them?

The tough love culture manifests itself through criminal sanctions against drug use, and also plays out in kitchens and living rooms. Yet no matter how tough the law has been, and no matter how tough people get (partly from copying what they see on TV), the approach has not served us well. Here, I offer a remedy for tough love: enabling.