Where in health am I? : Home / Health Cloud / StaynHealthy / Mental Health / Bullying

I realized that bullying never has to do with you. It's the bully who's insecure - Shay Mitchell 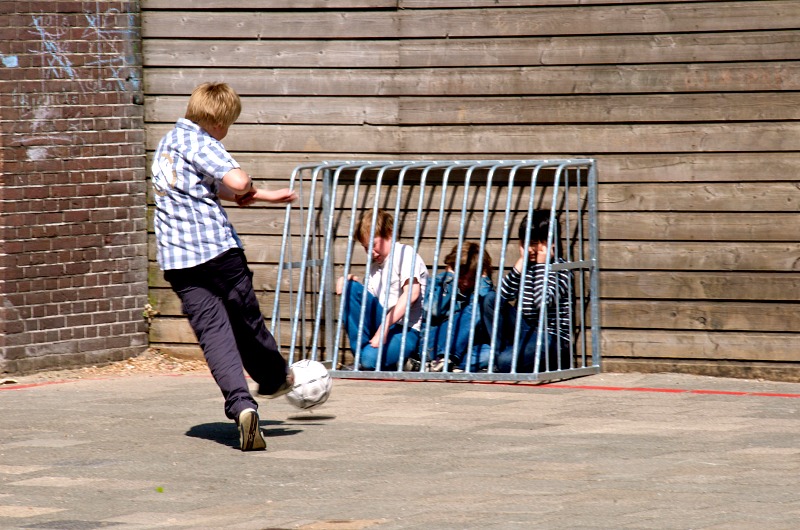 How Being Bullied Affects Your Adulthood

In American schools, bullying is like the dark cousin to prom, student elections, or football practice: Maybe you weren’t involved, but you knew that someone, somewhere was. Five years ago, President Obama spoke against this inevitability at the White House Conference on Bullying Prevention. “With big ears and the name that I have, I wasn’t immune. I didn’t emerge unscathed,” he said. “But because it’s something that happens a lot, and it’s something that’s always been around, sometimes we’ve turned a blind eye to the problem.”

We know that we shouldn’t turn a blind eye: Research shows that bullying is corrosive to children’s mental health and well-being, with consequences ranging…

Bullying isn’t just verbal or physical – it can also be social, and this can have the worst effects

Does science have a bullying problem?

A spate of bullying allegations have rocked several high-profile science institutions. Here’s how researchers, universities, funders and others are dealing with the issue.

Hey Bullies, Instagram's Niceness Cops Are Comin' For You

Instagram is now patrolling your feed to flag threatening photos and comments.

How to Bullyproof Your Child

Teaching children how to take the air out of the teasing.

How to Handle Being Bullied as an Adult

You’d think that bullies would disappear after high school, but some people never grow out of being a great big jerk. They may not steal your lunch money anymore, but bullies can still harass you, put you down, and even undermine your work. Here are some tips for understanding and dealing with bullies, no matter how old you are.

So your kid is a bully. Here’s how to stop it

It’s easy to think of bullying as something that other people’s children do, but not something yours might ever do. And, look, I don’t know you or your kid, but I can say with confidence that some children bully, and your kid certainly could be one.

Harassment on the platform can be uniquely cruel, and for many it feels like there’s no escape.

The Ugly Evolution of Cyberbullying

How we progressed from passive-aggressive Myspace bulletins to kids creating two Instagram profiles—one for their friends, another for their bullies.

Workplace Bullying: 4 Steps To Overcome It And Fight Back

Workplace bullying has become a strategic tool to push employees to leave companies voluntarily. Isolation, intimidation and threats are just a few tactics bullies use to strip someone of their power and identity. The reasons could be as simple as feeling threatened by someone's success, personality or being insecure with themselves as a whole.

What works best to help stop bullying in schools?

Bullying in schools has been recognised as a serious and pervasive problem now for at least two decades. There is now also evidence, including from the UK and other European countries, North America and Australia, that traditional forms of bullying in schools have decreased modestly over the last decade or so. This is very likely due to the increase in work to prevent bullying. Yet much still persists.

Welcome to DoSomething.org, one of the largest orgs for young people and social change! After you've browsed the 11 facts, take action and volunteer with our millions of members.

The new documentary film BULLY, directed by Sundance and Emmy-award winning filmmaker, Lee Hirsch, brings human scale to this startling statistic, offering an intimate, unflinching look at how bullying has touched five kids and their families.

Bullying and suicide: What’s the connection?

Bullying, as many people know, can be a tremendously painful experience for a young person. The point has been driven home over the last decade by stories about teens like Phoebe Prince or Amanda Todd, who killed themselves after experiencing bullying.

Between ages 13 and 16, she sent me emails, from my own account, "reminding" me to kill myself. Well, I didn't—I grew up, and so did she.

Cyberbullying Is a Bigger Problem Than Screen Time Addiction

The harms that can come to children who use technology excessively — including depression, behavioral problems and poor academic performance — are not just caused by too much screen time. It is the nature of the interactions that take place through the screen that count. Simply limiting screen time ignores the many benefits of technology for teenagers.

Getting Bullied as a Kid Can Stay With You for Life

But if you can get over it, there's a silver lining.

How the Internet Has Changed Bullying

In some ways, when it comes to bullying, the Internet has made the world more rural. Before the Internet, bullying ended when you withdrew from whatever environment you were in. But now, the bullying dynamic is harder to contain and harder to ignore.

How To Stand Up To Adult Bullies

Bullying is supposed to be a junior high thing, but everyone knows it doesn't always end when childhood does. Today we have some tips for dealing with bullies, mean girls, and mean guys who are long past their cafeteria days.

How to Stop the Bullies

The angst and ire of teenagers is finding new, sometimes dangerous expression online—precipitating threats, fights, and a scourge of harrassment that parents and schools feel powerless to stop. The inside story of how experts at Facebook, computer scientists at MIT, and even members of the hacker collective Anonymous are hunting for solutions to an increasingly tricky problem.

. I discovered after some research, adult bullying is more common than you would think.

In the Fight Against Bullying, a Glimmer of Hope

In recent years, educators, pediatricians and parents have worried a great deal about bullying and the effects it can have on children, and the question of whether school programs and policies can make a difference. A new study suggests that things can indeed get better.

My Worst Nightmare — What If I Accidentally Raise The Bully?

Parents — your kids are going to eventually develop the good sense to wear a jacket and eat vegetables, invest your energy in how they interact within society. If we insist on being the hovering Helicopter Parent Generation, let’s at least hover over the right areas.

Sit With Us’ also aims to help reduce bullying.

An entire industry is profiting off of tactics used to punish mean children at school.

On the elementary structure of domination.

Think school shooters are usually bullied and unpopular? You're wrong.

"Everybody knows who commits these kind of murders. They're outcasts, typically goth or other sorts of kids that dress funny and live on the fringes," Cullen said. "That's well known. It's also wrong."

Weeding Out Online Bullying Is Tough, So Let Machines Do It

"Social networks are overwhelmed with these kinds of problems, and human curators can’t manage the load," says Norman Winarsky, president of SRI Ventures. But SRI is developing an artificial intelligence with a deep understanding of how people communicate online that he says can help.

When a Bully Targets Your Child

Parents should take time to listen to the child, develop a game plan; how to get help from school.

How Being Bullied Affects Your Adulthood

We know that we shouldn’t turn a blind eye: Research shows that bullying is corrosive to children’s mental health and well-being, with consequences ranging from trouble sleeping and skipping school to psychiatric problems, such as depression or psychosis, self-harm, and suicide.

The Cyberbullying Research Center is dedicated to providing up-to-date information about the nature, extent, causes, and consequences of cyberbullying among adolescents.

We are one of the largest anti-bullying charities in the world. Our award-winning work spans across the UK, USA and Mexico; empowering people aged 12-25 to overcome bullying. We are a digital charity, which means that most of our support is provided online through our website and partnerships with games and social networks. It is estimated that every 3 minutes somebody will benefit from our support.

PACER’s Kids Against Bullying is a bullying prevention website created by PACER’s National Bullying Prevention Center, which was founded in 2006, and actively leads social change, so that bullying is no longer considered an accepted childhood rite of passage.

Are you ready to take steps to stop bullying? Find the tools and resources you need to understand what bullying is, how to prevent it from occurring and how to address it effectively—in early childhood, online, or in your school and community.

StopBullying.gov provides information from various government agencies on what bullying is, what cyberbullying is, who is at risk, and how you can prevent and respond to bullying.

The BULLY Project is the social action campaign inspired by the award-winning film BULLY. We’ve sparked a national movement to stop bullying that is transforming kids’ lives and changing a culture of bullying into one of empathy and action.

With the world becoming increasingly digital, access to the internet is now widely considered to be a necessity rather than a conscious decision. Regardless of choice, our lives revolve around technology. We believe that everybody should have equal opportunities to embrace this technology and develop as an integral part of our new digital world without suffering abuse, harassment or intimidation.

Some teens think it’s easier to get away with bullying online than in person. Also, girls may be more likely to cyberbully than boys.