Where in health am I? : Home / Health Cloud / StaynHealthy / Mental Health / Drugs / Amphetamines

Depressives have Prozac, worrywarts have Valium, gym rats have steroids, and overachievers have Adderall - Joshua Foer 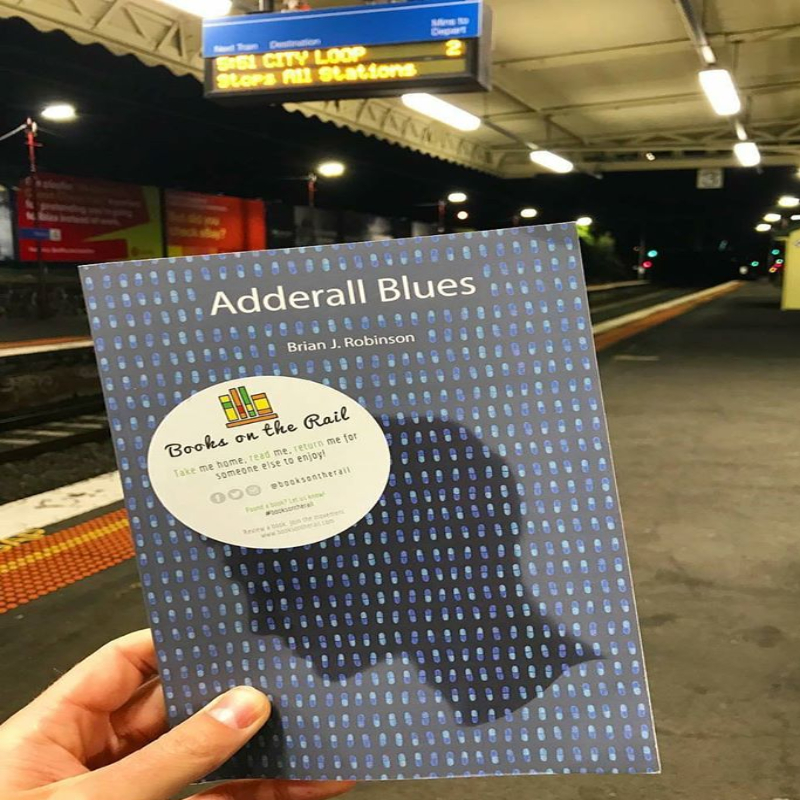 If you thought Ritalin was invented in the early 00s — when every hyperactive American kid popped a few mills with his Cap’n Crunch and zipped off to 4th grade homeroom — you wouldn’t be alone. But methylphenidate has been around as a treatment for hyperactivity since at least the 60s. Then, as now, doctors were quick to give kids this legal meth when deeper emotional issues were desperately seeking diagnosis.

In fact, fans of 1973’s The Exorcist know that, before Fathers Merrin and Karras saved young Regan’s soul, she was given a prescription for Ritalin. “Nobody knows the cause of hyperkinetic behavior in a child,” the doctor told Ellen Burstyn’s Chris MacNeil. “The Ritalin seems to work to relieve the condition.” Some parents of hyperactive kids still imagine their children are possessed by demons.

Lawrence Diller, author of Running on Ritalin, told Frontline, “Prozac was introduced in 1988. The explosion in Ritalin occurred in 1991. And I believe that Prozac paved the way, in terms of acceptability, for the use of Ritalin in children.”

Here we are, 25 years later, and the sledgehammer of Ritalin’s heavy-handed speedy chemistry has given way to a new generation of more refined pharmaceutical meth. And it’s no longer a drug for hyperactive kids. Writing in The Guardian, journalist (and Van Winkle’s contributor) Alexander Zaitchik reports that the market for pharmaceutical stimulants in the U.S. is now majority adult.

At least part of this growth comes down to nomenclature. No respectable suburbanite would dare touch bathtub crank, but popping an addy before heading out to Bennigan’s for a few brews with the boys? Where’s the harm? It’s a prescription. Zaitchik recounts his own conversation with a drug dealer:

The rise of “the adult ADHD” market can largely be credited to drugmaker Shire, according to Zaitchik. From heavily funded conferences and studies to blatant direct-marketing campaigns featuring celebrity spokesdouches, Shire is pushing aggressively for wider acceptance. Zaitchik writes, “In January, Shire won FDA approval to prescribe its leading patented stimulant, Vyvanse, as a treatment for ‘binge eating,’ suggesting a return to the post-Cold War decades when the ‘Dexedrine Diet’ turned millions of women in the US and Europe into amphetamine addicts.”

Who’s coming out on top? The drug-makers, of course. Like an arms dealer selling to both sides of a civil war, Big Pharma is happy to peddle both the disease and cure.

Grown men and women are welcome to use whatever drugs they want, provided they’re not jeopardizing the lives of others. (Of course, what exactly constitutes “jeopardizing” is up for debate. I happen to be exceptionally liberal in these matters; just stay off the road.) Whether you want to get more shit done at work, or need a few pills to survive a family reunion — have at it.

Doping soldiers so they fight better – is it ethical?

As a professor of health law and bioethics, I began studying the use of drugs to enhance performance in sports, and I soon became interested in the use of performance-enhancing drugs in the military.

The Persistent Myth of Speed and 'Productivity'

It’s not immoral to want relief from being too slow, scared, or fat, but speed could set you up for brain damage and psychosis—and life-­draining repetition.

A Speedy History of America’s Addiction to Amphetamine

In a startling parallel to today’s opioid crisis, the drugs were liberally—and legally—prescribed despite little information on safety.

A Nation of Kids on Speed

Walk into any American high school and nearly one in five boys in the hallways will have a diagnosis of attention-deficit hyperactivity disorder.

A Columbia University psychiatry professor talks about what he's learned from trying the drug himself and studying it over the years.

Adderall In The Workplace: 7 Warning Signs You've Crossed The Line And Need Help

That many people misuse Adderall hoping to enhance work performance should not be news. But apparently it still is.

Drowned in a Stream of Prescriptions

Medications like Adderall can markedly improve the lives of children and others with the disorder. But the tunnel-like focus the medicines provide has led growing numbers of teenagers and young adults to fake symptoms to obtain steady prescriptions for highly addictive medications that carry serious psychological dangers.

Like many of my friends, I spent years using prescription stimulants to get through school and start my career. Then I tried to get off them.

Hitler and the Nazis Were Seriously into Their Amphetamines and Opiates

We had a chat with Norman Ohler, whose latest book, 'Der Totale Rausch,' explains the story behind the Nazis' "performance enhancing" drug habits.

Meanwhile, doctors routinely prescribe this drug and others very similar to it for conditions such as narcolepsy, obesity, and attention deficit hyperactivity disorder (ADHD). If these drugs are as dangerous as Gonzales et al. claim, how can millions of Americans—including schoolchildren—safely consume them on a regular basis?

Ritalin, helpful for many with ADHD but dangerous if abused by those without it

Ritalin is the most common brand name for methylphenidate, a stimulant used to treat attention deficit hyperactivity disorder (ADHD). Pharmaceutical company Novartis owns the name Ritalin, but methylphenidate is marketed under other brand names by other manufacturers; such as Concerta which is produced by the company Janssen.

Depressives have Prozac, worrywarts have Valium, gym rats have steroids, and overachievers have Adderall. Usually prescribed to treat Attention Deficit Hyperactivity Disorder (read Sydney Spiesel in Slate on the risks and benefits), the drug is a cocktail of amphetamines that increases alertness, concentration, and mental-processing speed and decreases fatigue. It's often called a cognitive steroid because it can make people better at whatever it is they're doing.

"Any place where young people gather—where worship of the eureka experience runs high and faith in America runs low—amphetamine is becoming a god. Cops have Mace, kids have speed."

The Lost World of Benzedrine

Favored by artists and mathematicians, the drug powered a great deal of innovation in the 20th century.

Unlike Ritalin or Adderall, modafinil isn’t an amphetamine and doesn’t flood the body with dopamine in the same way. For this reason, scientists originally believed it to be non-habit-forming, though some are beginning to doubt this claim.

The Speed of Hypocrisy: How America Got Hooked on Legal Meth

A terrible number of words have been written about Breaking Bad, yet none have struck upon the irony at its core. For all of the cult hit’s vaunted fine-brush realism and sly cultural references, the show never even winked at the real world “blue” that grew up alongside it.

The Team That Summited Everest Dosed Two Sherpas With Amphetamines

Eager to be the first to the top, these brave adventurers briefly turned to ... Adderall.

Amphetamines: Not Just for Kids Anymore

If you thought Ritalin was invented in the early 00s — when every hyperactive American kid popped a few mills with his Cap’n Crunch and zipped off to 4th grade homeroom — you wouldn’t be alone. But methylphenidate has been around as a treatment for hyperactivity since at least the 60s.