Where in health am I? : Home / Health Cloud / StaynHealthy / Neuro Health / Spinal Cord

You play the hand you're dealt. I think the game's worthwhile - Christopher Reeve 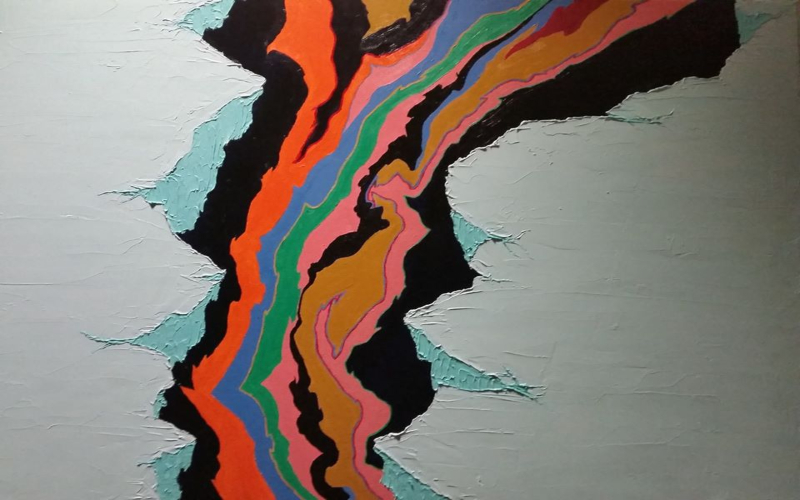 Scientists have for the first time produced the "seed" cells of the human spinal cord in the lab – raising hopes that conditions such as muscular dystrophy could one day be treated by transplanting complex, lab-grown human tissue.

The spinal cord, a cylinder about the width of a little finger which runs down the backbone and is the core component of the central nervous system, is a hugely complex structure. Creating spinal cord tissue from stem cells has eluded researchers for years.

However, a major step has now been taken by Medical Research Council researchers at the University of Edinburgh, who set out to mimic the natural development of the spinal cord in the human embryo.

During normal embryo growth, the spinal cord, muscle and skeleton all form from a group of cells called neuro-mesodermal progenitors (NMPs). Experts realised that these "stepping stone" cells, which despite being known about for 100 years, had been overlooked by stem cell research, held the key to development of spinal cord stem cells.

By analysing and closely copying the complex series of chemical signals which take place in a growing embryo, they were able to make the ordinary stem cells of mice and of humans transform into NMPs, and then into spinal cord stem cells. The team have not yet grown spinal cord tissue and the goal of using lab-grown spinal cord tissue to treat debilitating neuromuscular conditions such as muscular dystrophy and motor neurone disease is still many years away.

However, as well as paving the way for future advances, the breakthrough will enable scientists to study the development of these and similar diseases by taking stem cells from patients and watching whether they develop differently under the same process – potentially offering clues to the cellular cause of the disease.

“There have been some great advances in the field of stem cell research in recent years, with scientists being able to grow liver, heart and even some brain tissue in the lab. The spinal cord, however, has remained elusive because the NMP cells have largely been overlooked,” said Dr James Briscoe, who co-led the research at the MRC National Institute of Medical Research at Mill Hill.

“We can’t yet produce the tissues themselves, but this a really big step. It’s like being able to make the bricks and raw materials but not yet build the house,” he said. “Understanding how nature normally does it gave us all of the clues we needed to artificially make these cell types from embryonic stem cells in petri dishes.”

Researchers have previously been able to grow some types of nerve, muscle and bone cells in the lab by converting them directly from stem cells. But this is the first time NMPs have been created from stem cells. Scientists hope that stem cells transformed through this natural development process will bear closer resemblance to those that occur naturally in the body – helping cells which might be used in transplants to better integrate with the body.

“NMPs are important because they’re the source of the spinal cord and most of the bones and muscles in our body,” said Prof Val Wilson, co-leader of the research. “But they have been like Cinderella cells. Although recognised for more than a century in the embryo, they’ve tended to be ignored by scientists trying to make these cell types in a dish. We hope this work will bring them out of obscurity and highlight their importance.”

The history of paralysis research is littered with overhyped promises and false hopes. But many physicians and patient advocates say Edgerton’s work is one of the first approaches that may actually help large numbers of patients in the near future, particularly those with fairly recent injuries.

No Dullard, Spinal Cord Proves It Can Learn

Scientists had long known that the spinal cord contains groups of neurons that, when chemically activated, generate rhythmic flexing and extension of the legs in an alternating pattern. But no one thought that adult animals with longstanding spinal cord injuries could be taught to activate these pattern generators.

An international team of researchers headed by neurobiologists at Max-Planck-Institut für Neurobiologie have developed a method of making the spinal cord transparent so that slicing and their 3-D reconstruction is not necessary.

Spinal Cord Injury and Disease presents many different conditions and issues – and it is important to know and understand what specifically affects you. Some of the causes of spinal cord disorders include injuries, infections and compression by a fractured bone or tumor.

Repairing spinal cords is just one part of a larger, much more audacious project that Ren and a surgeon in Italy are leading... Transplanting a head does, of course, present tremendous new challenges for surgeons. Unlike, say, fingers, which can survive for days detached from a body, brains suffer irreversible damage within minutes of losing blood flow.

When Spine Implants Cause Paralysis, Who Is to Blame?

Doctors say the frequency of paralysis, while thought to be relatively uncommon, varies according to implanters' experience and skill levels, and isn't well understood because of a lack of independent data.

I’m going to start off by saying it — I’m lucky. I’m acutely aware of how close this came to being a different story. Six years ago, I had surgery to stabilize my spinal cord. Spinal cords can be fickle creatures that don’t like to be messed with.

Scientists have for the first time produced the "seed" cells of the human spinal cord in the lab – raising hopes that conditions such as muscular dystrophy could one day be treated by transplanting complex, lab-grown human tissue.

The ISCoS shall: -Serve as an international impartial, non-political and non-profit making association whose purpose is to study all problems relating to traumatic and non-traumatic lesions of the spinal cord. This includes causes, prevention, basic and clinical research, medical and surgical management, clinical practice, education, rehabilitation and social reintegration. This society will function in close collaboration with other national and international bodies, thereby encouraging the most efficient use of available resources...

NASS is a global multidisciplinary medical society that utilizes education, research and advocacy to foster the highest quality, ethical, value- and evidence-based spine care for patients.

My experiences with mysterious, painful, Syringomyelia (SM), as well as resources for others with SM, Chiari, (Occult) Tethered Cord Syndrome, and related disorders.

We are the national organisation of spinal cord injured people. We represent all of their interests, regardless of how the impairment occurred, or whether paralysis is full or partial. We support all those who are affected by spinal cord injury, including the family and friends of the individual.

SpinalCord.com has been created by Swope, Rodante, P.A. as a resource for patients of brain and spinal cord injuries and their families. Learn more about a new injury, locate a doctor or treatment center, or discover legal and financial relief to support you through this difficult time.

SpinalCure Australia was founded in 1994 with the sole aim of finding a cure for spinal cord injury through the promotion and funding of medical research.

United Spinal Association is dedicated to enhancing the quality of life of all people living with spinal cord injuries and disorders (SCI/D), including veterans, and providing support and information to loved ones, care providers and professionals.

The endParalysis foundation aims to accelerate research towards curing chronic spinal cord injury (SCI), by: 1. Fundraising to co-finance high-impact research projects. 2. Promoting a global collaborative and goal-driven effort to identify and bridge the gaps to cure.

Kennedy Krieger Institute is an internationally recognized institution dedicated to improving the lives of individuals with disorders of the brain, spinal cord, and musculoskeletal system.

Worldwide, millions of people are dependent on a wheelchair after having sustained a spinal cord injury, most often as the result of a traffic accident or a fall. Wings for Life is a not-for-profit spinal cord research foundation with the mission to find a cure for spinal cord injury.