Where in health am I? : Home / Health Cloud / StaynHealthy / Nutrition / Minerals / Magnesium

I find it very funny that more doctors aren’t clued in to the benefits of magnesium, because we use it all the time in conventional medicine - Mark Hyman MD 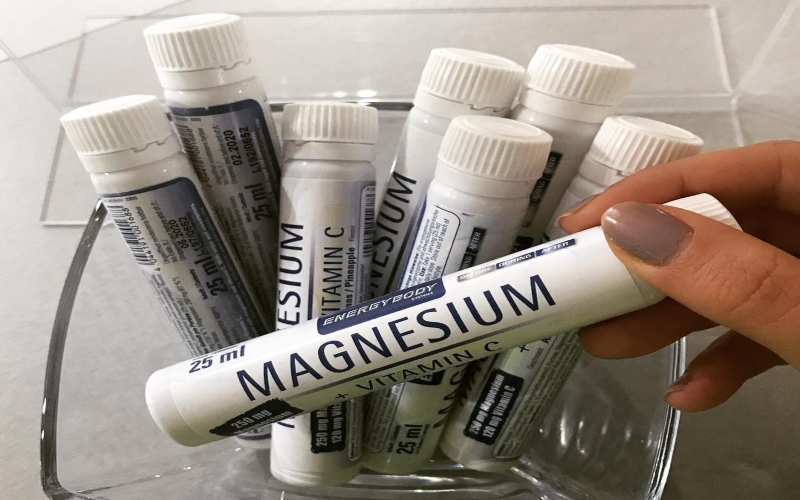 Magnesium has never been a nutritional superstar, but in recent years, research has confirmed its many crucial roles in the body and uncovered new potential benefits. Notably, it’s involved in energy production, cell growth, blood pressure, bone health and the functioning of the heart, nerves and muscles.

There’s no doubt that magnesium-rich foods are some of the best choices around—but supplements are another matter.

Insufficient magnesium intake increases cardiovascular risk. Magnesium is essential for the activity of the heart muscle and the nerves that initiate the heartbeat, and it helps regulate…

Does Magnesium Help You Sleep?

Studies have found a link between low levels of magnesium, an essential mineral that plays a crucial role in a wide range of bodily processes, and sleep disorders. But if you are concerned you aren’t getting enough magnesium, changing your diet may be a better option than taking a supplement, as “there is really sparse evidence that taking super-therapeutic doses of magnesium will give you a benefit,” said Dr. Raj Dasgupta, a professor of pulmonary and sleep medicine at the University of Southern California.

The evidence for their sleep-inducing benefits is thin, but experts say that in some cases there’s no harm in giving them a try.

Magnesium and the Brain: The Original Chill Pill

There are some safety considerations with respect to magnesium supplementation. If you have normal kidney function, you do not have myasthenia gravis, bowel obstruction, or bradycardia, you should be able to supplement without too many worries. In addition, magnesium interferes with the absorption of certain pharmaceuticals...

Are You Low on Magnesium?

A deficiency in this critical nutrient makes you twice as likely to die as other people, according to a study published in The Journal of Intensive Care Medicine. It also accounts for a long list of symptoms and diseases -- which are easily helped and often cured by adding this nutrient.

Magnesium works in concert with calcium to regulate electrical impulses in the cell—magnesium concentration inside healthy cells is ten thousand times greater than calcium, and there are crucial reasons for this safeguard. Cellular calcium channels allow that mineral to enter the cell only as long as needed to conduct an impulse; it is ushered out immediately by magnesium once its task is fulfilled. This vigilance is necessary to prevent calcium accumulation in the cell, which could cause dangerous hyper-excitability, calcification, cell dysfunction and even cell death.

Symptoms of poor magnesium intake can include muscle cramps, facial tics, poor sleep, and chronic pain. It pays to ensure that you get adequate magnesium before signs of deficiency occur. But how can you know whether you’re getting enough?

The Magic of Magnesium: A Mighty Mineral Essential to Health

Did you know that this mighty mineral may be even more essential for health? Here’s what I recommend: Keep your calcium intake between 800-1,400 mg per day, adding enough magnesium to balance it. For example, if you take 1,000 mg of calcium per day, you need at least 500-800 mg of magnesium.

What you should know about magnesium

You need magnesium for many tasks. It's involved in more than 300 chemical reactions in the body. Muscles need this mineral to contract; nerves need it to send and receive messages.

Magnesium has never been a nutritional superstar, but in recent years, research has confirmed its many crucial roles in the body and uncovered new potential benefits. Notably, it’s involved in energy production, cell growth, blood pressure, bone health and the functioning of the heart, nerves and muscles. There’s no doubt that magnesium-rich foods are some of the best choices around—but supplements are another matter.

Our experts picked out some of the best magnesium supplements you can incorporate into your daily routine and why they're worth looking into.

Woman’s World‘s picks for the best magnesium supplements for women.

15 Best Magnesium Supplements On The Market

Magnesium is an important mineral that both children and adults need for regular bodily function. For some, diet simply isn’t enough, and they need to turn to magnesium supplements to meet the dietary threshold. There are hundreds of supplements out there, and sometimes, navigating that maze of products can be tough if you’re not sure what to look for. What does magnesium do? What is it? What are the best supplements out there today?

The MAGNESIUM ADVOCACY GROUP (MAG) was developed in response to a widespread lack of awareness about the prevalence and negative impact of Magnesium deficiency on our health and well-being. Thousands of studies — starting in 1906 — from scientists around the world have consistently confirmed the vital role of this mineral...

Magnesium, an abundant mineral in the body, is naturally present in many foods, added to other food products, available as a dietary supplement, and present in some medicines (such as antacids and laxatives). Magnesium is a cofactor in more than 300 enzyme systems that regulate diverse biochemical reactions in the body, including protein synthesis, muscle and nerve function, blood glucose control, and blood pressure regulation

##Magnesium is an essential mineral and a cofactor for hundreds of enzymes. Magnesium is involved in many physiologic pathways, including energy production, nucleic acid and protein synthesis, ion transport, cell signaling, and also has structural functions. ##Severe magnesium deficiency (hypomagnesemia) can impede vitamin D and calcium homeostasis. Certain individuals are more susceptible to magnesium deficiency, especially those with gastrointestinal or renal disorders, those suffering from chronic alcoholism, and older people.

The best dietary sources of magnesium include green leafy vegetables, nuts, peas, beans, and cereal grains in which the germ or outer layers have not been removed. Hard water has been found to contain more magnesium than soft water. A diet high in fat may cause less magnesium to be absorbed. Cooking may decrease the magnesium content of food.

Effective for... Preventing and treating magnesium deficiency, and certain conditions related to magnesium deficiency. Use as a laxative for constipation or preparation of the bowel for surgical or diagnostic procedures. Dyspepsia (heartburn or "sour stomach") as an antacid.