When we tire of well-worn ways, we seek for new. This restless craving in the souls of men spurs them to climb, and to seek the mountain view - Ella Wheeler Wilcox 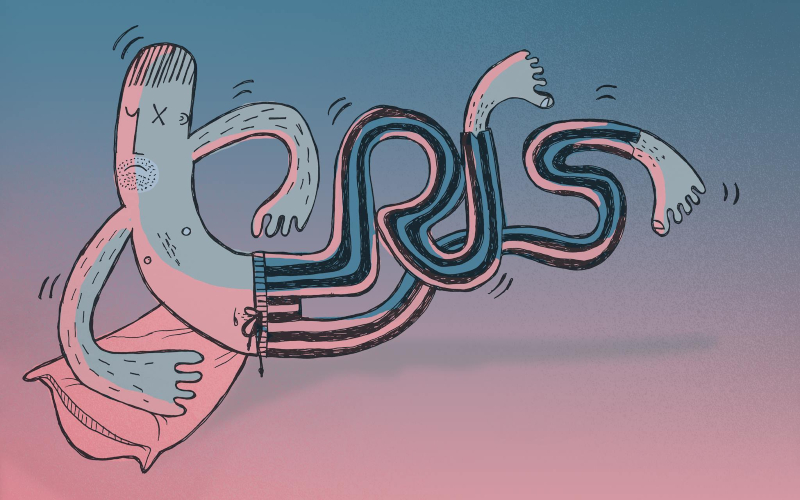 How Your Depression or ADHD Might Really Be Restless Legs Syndrome

Nighttime creepy-crawlies aren't limited to camping or Halloween...tingly, itchy sensations -- mostly between the ankle and the knee -- aren't the creeping of spiders or the fluttering of bats, but a neurological disorder called Restless Legs Syndrome, or RLS.  Most sensations occur in the lower legs, but the arms, torso and face may also be affected.  Regardless of the geography, severe insomnia is the end result.

Psychological symptoms are not part of an RLS diagnosis, but RLS and psychology go together like the creepies and the crawlies.

Let's rewind to the 1800s, when the first overlap with psychology appears.  Theodor Wittmaack, a German neurologist, called the disorder…

'Restless legs syndrome' (RLS) is a condition of the nervous system that, in its most serious form, can be highly debilitating. It is thought to affect roughly 10 percent of people worldwide, so how come it is still relatively unknown and poorly understood?

Until now it was thought that RLS is caused by genetic, metabolic and central nervous system mechanisms. For the first time the researchers show that, in fact, it is not only the central nervous system but also the nerve cells targeting the muscles themselves that are responsible. This new research indicates that the involuntary leg movements in RLS are caused by increased excitability of the nerve cells that supply the muscles in the leg, which results in an increased number of signals being sent between nerve cells.

Restless Legs Syndrome What Is It?

Restless Legs Syndrome: From Pathophysiology to Clinical Diagnosis and Management

Restless legs syndrome (RLS), a common neurological sensorimotor disorder in western countries, has gained more and more attention in Asian countries. The prevalence of RLS is higher in older people and females. RLS is most commonly related to iron deficiency, pregnancy and uremia. The RLS symptoms show a significant circadian rhythm and a close relationship to periodic limb movements (PLMs) in clinical observations, while the pathophysiological pathways are still unknown.

Do I Have Restless Legs Syndrome?

No matter how hard you may try, there are just some nights where the quality of your sleep is downright pitiful. But if tossing and turning feels more painful than frustrating, then you might be one of the more than 3 million people in the United States who suffer from the neurological condition restless legs syndrome (also known as Willis-Ekbom disease).

Explainer: what is restless leg syndrome?

Restless leg syndrome is known to affect both males and females of any age but is more common in women and older individuals. Misdiagnosis is not unusual since the symptoms tend to come and go and may be quite mild.

For people who tend to get muscle cramps at night, he suggests drinking Gatorade or Vitaminwater (both of which contain electrolytes) before retiring at night. Another preventive measure involves doing muscle-strengthening exercises before going to bed.

Restless Leg Syndrome: Still a Mystery, and Linked to Other Health Problems

Science has made real progress in recent years in its basic understanding of restless leg syndrome. It wasn't long ago that there was debate about whether RLS was even a "real" disorder. Restless leg syndrome is now recognized as both a sleep disorder and a neurological disorder.

Given the severity of this condition and the large number of patients that suffer from it, one would think that there might be promising new drugs in the pipeline to treat RLS. This doesn’t appear to be the case.

Do you have sudden urges to move your legs? Here’s how to stop the uncomfortable sensations.

The Voices of Restless Leg Syndrome

People with restless leg syndrome have grown accustomed to skepticism about their condition. In the latest Patient Voices series, my colleague Karen Barrow speaks with seven people affected by R.L.S., including a husband who copes with his wife’s disorder...

How Your Depression or ADHD Might Really Be Restless Legs Syndrome

Psychological symptoms are not part of an RLS diagnosis, but RLS and psychology go together like the creepies and the crawlies.

The restless symptoms typically strike when you're lying in bed at night, but in more serious cases, they can also flare up in the daytime, such as when you're sitting for a long period of time. You often experience a feeling of tingling, aching, itching, or tugging deep beneath the skin of your lower legs -- and sometimes even in the thighs, feet, hands, and arms too.

Willis-Ekbom disease (WED), also known as restless legs syndrome or RLS, is a common and treatable neurologic disorder. WED/RLS results in an irresistible urge to move the legs or other parts of the body, often accompanied by unusual or unpleasant sensations that may be described as creeping, tugging or pulling. Because symptoms most often occurs in the evening, they can severely disrupt sleep and reduce quality of life.

The Restless Legs Syndrome Foundation is a patient services organization dedicated to (1) increasing understanding of this disease among health care professionals and the public, (2) providing support to those with RLS, and (3) supporting basic and clinical research designed to improve treatment and find an eventual cure.

RLS-UK, a registered charity in England and Wales, is committed to raising awareness of RLS; to providing information and support to those living with RLS; and to improving the quality of RLS care in the UK.

EARLS is a non-profit, independent alliance of national patient organizations from various European countries which engages in activities that contribute to raising awareness of Restless Legs Syndrome (RLS). EARLS raises important issues at a European level, issues which are common to all members.

The European Restless Legs Syndrome Study Group (EURLSSG) is a non-profit association of RLS experts who are actively involved in RLS research and dedicated to optimising patient outcomes by continuously improving standards for diagnosis and treatment of RLS.

Certain medications, such as gabapentin (Neurontin) and pregabalin (Lyrica), work for some people with RLS/WED.Ropinirole (Requip), rotigotine (Neupro) and pramipexole (Mirapex) are approved by the Food and Drug Administration for the treatment of moderate to severe RLS/WED.

The most distinctive or unusual aspect of the condition is that lying down and trying to relax activates the symptoms. Most people with RLS have difficulty falling asleep and staying asleep. Left untreated, the condition causes exhaustion and daytime fatigue.

Restless legs syndrome (RLS) is a serious, but treatable condition. The key to living with RLS is managing the symptoms. Lifestyle changes, like limiting caffeine and alcohol, taking iron supplements or a hot bath, or initiating an exercise plan, and seeing a heath care professional to discuss treatment options can help. Everyone experiences RLS differently, so it is important to work with your health care professional to determine the best way for you to control your symptoms.