I found power in accepting the truth of who I am. It may not be a truth that others can accept, but I cannot live any other way. How would it be to live a lie every minute of your life - Alison Goodman 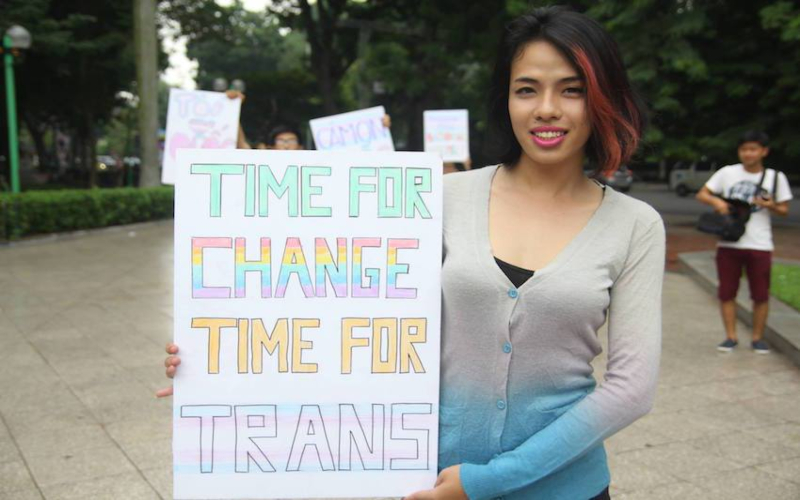 We have been told sex reassignment surgery is successful. The advocates say that regret is rare, and that 98 percent of surgeries are successful. While that figure might be true for surgical complications, before we accept a narrative of surgical success we should consider the evidence. To evaluate success or failure, we need to go beyond the mechanical skill of the surgeon to examine the emotional and psychological wholeness of the patient afterwards—and not just in the first few months, but in the years to come.

Transgender advocates have worked to create a false narrative, hoodwinking the world into believing that no one ever has regrets from a surgical change of gender. They…

Dr. Djordjevic says he's been overwhelmed by the number of people who've approached him about reversing their procedure. The surgery that they thought would bring them the satisfaction they were looking for only plunged them into deeper despair.

The use of gender-affirming hormone therapy (GAHT) is significantly related to lower rates of depression, suicidal ideation and suicide attempts among transgender and nonbinary youth, according to a study published in the Journal of Adolescent Health.

He made this town the world’s ‘sex-change capital,’ but he’s not honored here

If you’re looking for evidence that this little-known Western outpost was, for 41 years, known as the world’s “sex-change capital,” be prepared to look a long time. Dr. Stanley Biber, the colorful country surgeon whose pioneering work made “going to Trinidad” a euphemism for gender confirmation surgery, has been dead since 2006.

Many individuals resort to black market hormones and surgeries when they can’t find gender-affirming health care.

De-transitioning is rare and not as bad as people think.

I like to say that being trans is the second-worst thing that ever happened to me. (The worst was being born a boy.) Dysphoria is notoriously difficult to describe to those who haven’t experienced it, like a flavor. Its official definition — the distress some transgender people feel at the incongruence between the gender they express and the gender they’ve been socially assigned — does little justice to the feeling.

People who undergo sex-reassignment procedures do not become the opposite sex—they merely masculinize or feminize their outward appearance.

The Organization That Wants to Make Gender Affirmation Surgery Easier

"There is more awareness about healthcare for transgender people, but most are not being served by the marketplace," says Austin H. Johnson...

What does it mean to misgender a transgender person?

Liam, 30, isn’t scared of needles. And he isn’t afraid of blood. The problem starts in the lobby of a doctor’s office, when Liam is asked to sign in. What happens next — write your name, age, health history and current prescriptions — may seem routine for most people. But for a transgender person, these questions can be uncomfortable.

What Sex Reassignment Surgery Is Really Like, at Least For Me.

Sex Reassignment Surgery in Transgender women is a misunderstood, maligned, and mysterious procedure.

If sex reassignment surgery is the answer, what is the question?

If sex reassignment surgery is the answer, what is the question? by Michael Cook | 18 Feb 2017 | 4 comments Sex reassignment surgery requires the intervention of doctors. But what kind of treatment is it? Is it a therapy for a disease which should be offered only after psychiatric authorization? Or is it a biomedical enhancement which anyone can freely choose? The answer to this theoretical question has practical consequences. If it is a therapy, then transgenderism is a disease. If it is an enhancement, then it hardly deserves to be funded by the government.

The dark and troubling history of the contemporary transgender movement, with its enthusiastic approval of gender-reassignment surgery, has left a trail of misery in its wake. Bruce Jenner and Diane Sawyer could benefit from a history lesson. I know, because I suffered through “sex change” surgery and lived as a woman for eight years. The surgery fixed nothing—it only masked and exacerbated deeper psychological problems.

In an interview with The Telegraph, world-renowned genital reconstructive surgeon Miroslav Djordjevic said his clinics are experiencing an increase in “reversal” surgeries for those who want their genitalia back. These people express crippling levels of depression and, in some instances, suicidal thoughts.

A Patient Gets the New Transgender Surgery She Helped Invent

Hayley Anthony recently became one of the first people in the world to have tissue incised from the cavity of her abdomen and turned into a vagina.

Doctors Pushed Her to Get Sex Reassignment Surgery. Now, She Knows It Was a Mistake.

Every week, I receive at least one heartbreaking letter of regret from someone who was sexually abused as a young person and later underwent a “sex change” in a misguided attempt to heal the pain. The sex-change cheerleaders in the medical profession routinely diagnose these people with gender dysphoria and rush to administer cross-gender hormones and recommend surgery.

How Does a Gender-Reassignment Surgeon Work?

In this episode, Ting describes some of those surgical processes in detail, but he also talks about the rewards of helping patients who have, in some cases, waited decades for the procedures he conducts.

Sex-change surgery gave me my life. I would not be who I am without it.

Sex Change Surgery is the New Pre-Frontal Lobotomy, and a Trendy Form of Child Abuse

The new politically correct is to mutilate children with sex change surgeries and massive doses of hormones. A shameful article in the Boston Globe, titled Led by the child who simply knew promoted this horrific form of child abuse for all it was worth.

There is no conclusive evidence that sex change operations improve the lives of transsexuals, with many people remaining severely distressed and even suicidal after the operation...

The media makes out procedures like the one I had to be cure-alls. They're not.

In the end, my five-year quest for male genitalia would cost more than $100,000, not including travel. I was beyond fortunate my parents had the means to pay for my surgery. Lord knows I sure didn't. Nor do most people in my situation today.

Why One Trans Woman Wants to Discuss Sex After Surgery

Nomi said that as she was preparing for SRS, she wished there were more women talking about their experiences of sex after surgery, because she felt sort of in the dark.

Meet the gender reassignment surgeons: 'Demand is going through the roof'

Under a dozen people in the UK can carry out vaginoplasty or phalloplasty operations – and attracting new talent is tough.

In many ways, the reaction the idea of Gender Confirmation Surgeries (GCS) resembles the reaction people have to the thought of two men having sex. The problem is that the lack of understanding about GCS for transgender people is the biggest impediment to actually receiving care.

Let’s stop enabling the delusion that transition is the only answer. Let’s allow scientific research to flourish, no matter what the results show. Let’s look at the evidence and facts and encourage treatment options that address dangerous psychiatric conditions first. In that way, we can ensure the best outcomes for those who have gender dysphoria.

Point of Pride works to benefit trans people in need through gender-affirming support programs that empower them to live more authentically.

The mission of the Jim Collins Foundation is to provide financial assistance to transgender people for gender-affirming surgeries. The Jim Collins Foundation recognizes that not every transgender person needs or wants surgery to achieve a healthy transition. But for those who do, gender-affirming surgeries are an important step in their transition to being their true selves.