It's long been accepted as fact that the availability of family planning services saves lives. Where women have access to these services, children and families are healthier, and society at large benefits - Martha Plimpton 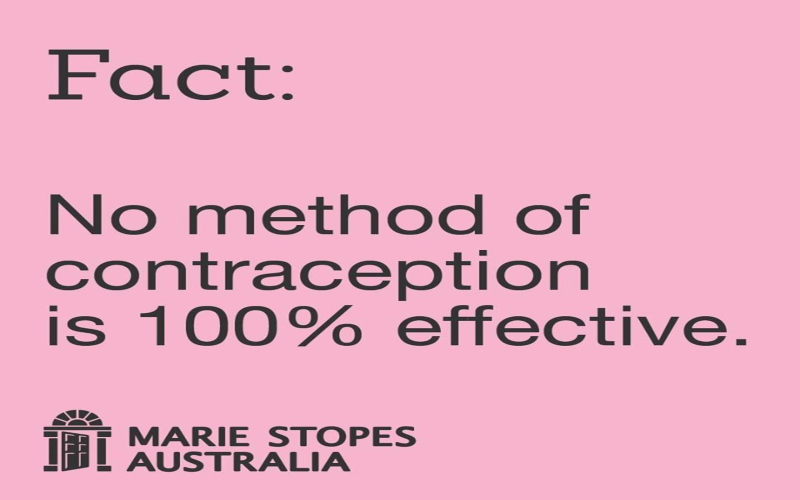 Many women have made a dramatic change in their use of contraceptives of late. Specifically, use of “contraceptive apps” such as Natural Cycles, a smartphone app that predicts the days on which a woman is fertile and can be used for contraception (as well as planning pregnancy), is on the rise. By closely tracking a woman’s cycle and temperature, such apps designate unprotected sex safe or unsafe each day. When unsafe, the use of barrier methods of protection is advised.

Natural Cycles was developed by CERN scientist Elina Berglund and her husband, Raoul Scherwitzl, whose scientific background has lent the app a certain kudos. And as “the only app certified for contraception” in Europe…

Contraception: the way you take the pill has more to do with the pope than your health

The way women have been advised to take the combined contraceptive pill for the last 60 years unnecessarily increases the likelihood of taking it incorrectly, leaving them at risk from unplanned pregnancy. And this far from ideal situation is the result of a cosmetic quirk of pill design, based on long redundant historical context. This is because standard combined oral contraceptive pills – such as Microgynon, Rigevidon or Marvelon – are designed to be taken for 21 days, followed by a seven-day break, during which time the woman doesn’t take the pill and experiences vaginal bleeding. Pill-taking women therefore have what seems like a “period” every month. But this “period” is far from necessary. Shortly before his death in 2015 I attended a lecture given by Carl Djerassi, the “father of the pill”.

The Data Are Clear: Access to Contraception Improves Health and Saves Money

For every dollar spent on contraception, $7 is saved on health care costs.

The falling pregnancy rate is not a result of a decline in teenage sexual activity, which experts say has remained steady for decades. Nor does abortion, which has dropped along with pregnancies, account for fewer teen births. Rather, the data indicate that more teens now use contraception when they have sex. Still, too many fail to use the most effective methods or use them incorrectly or inconsistently, resulting in ill-timed or unwanted pregnancies.

Set It and Forget It: How Better Contraception Could Be a Key to Reducing Poverty

Delaware’s ambitious bid to offer one-stop shopping for birth control is a social experiment that other states will be watching.

On balance, switching hormonal contraceptives OTC improves availability for many, particularly the un- and underinsured. But, it’s important to keep in mind the above caveats regarding contraindications in certain instances and increased out-of-pocket costs for some.

In a culture where almost all forms of contraception are designed for women, most men couldn’t come to a satisfactory resolution between sharing equal responsibility for contraception and respecting a woman’s right to control her own body. What’s more, they said that this conflict contributed to their general reluctance to engage with the issue of contraception at all. Our findings suggest that sexual health education aimed at young men must go beyond simply telling them to use condoms.

How Likely Is It That Birth Control Could Let You Down?

Misuse and failure of birth control are major contributors to the millions of unplanned pregnancies in the United States each year. When failure rates of contraceptives are mentioned, they usually refer to a given year of use. Less understood is that the risk of failure is compounded over time. The longer any method of contraception is used, the greater the probability of unplanned pregnancy.

The best way to reduce the risk of unintended pregnancy among women who are sexually active is to use effective birth control correctly and consistently. Among reversible methods of birth control, intrauterine contraception and the contraceptive implant remain highly effective for years once correctly in place.

Contraceptive Comeback: The Maligned IUD Gets a Second Chance

IUDs are on the verge of a remarkable return to popularity. Nationally, 5.5 percent of women using contraception choose them. That sounds unimpressive, but it’s the first time in more than 20 years that the number has risen above 2 percent; in 1995, it was 1.3 percent

Explainer: how does a vasectomy work and can it be reversed?

Some men may shudder at the thought of “the snip”. But vasectomies are a safe and effective form of contraception for men who have completed their family, or don’t wish to have children.

Why providing women more options to control pregnancies is in the interest of everyone.

The Cornucopia Of Contraception

It is important to remember that in nearly all situations the use of a birth control method is safer than an unintended pregnancy. These CDC resources are invaluable guides for clinicians so we can be confident our contraceptive recommendations are based on the latest evidence. Both the MEC and the SPR are available free - of- charge with the option of downloading an APP for your device.

The Debate Over Contraception Has An Ancient History

Ancient Greeks and Romans did not have access to the pill, but they did have a number of organic measures that they turned to. One of them was the use of a plant called silphium (Gr.σίλφιον). It was a valuable and fennel-like herb grown in Libya and then brought to the Greek colony of Cyrene nearby. The plant was so popular it was eventually harvested into extinction.

What are the different types of contraception?

Not all contraceptive methods are appropriate for all situations, and the most appropriate method of birth control depends on a woman's overall health, age, frequency of sexual activity, number of sexual partners, desire to have children in the future, and family history of certain diseases.

Why Are Women Switching from the Pill to the Pullout Method?

Even though the anti-hormonal birth control book Sweetening the Pill is factually dishonest and terribly argued, its presence has kick-started a conversation about what women are doing to prevent pregnancy these days.

The fact that many women are spurning more “medical” kinds of contraception, such as the pill or IUD, in favour of such apps, along with discussion in some cases of their failures, are once again drawing public attention to the hazards of being a pre-menopausal, heterosexual, sexually active woman. The risks of contraceptives range from milder side effects to rare but potentially serious complications. These, of course, come alongside the ever present risk of unintended pregnancy through contraceptive failure.

Upstream is a nationally-recognized, fast-growing nonprofit working to expand contraceptive access for all.

Advocates for Youth works alongside thousands of young people here in the U.S. and around the globe as they fight for sexual health, rights and justice.

Bedsider.org (Bedsider) is an online birth control support network for women 18-29 operated by The National Campaign to Prevent Teen and Unplanned Pregnancy, a private non-profit organization. Bedsider is not funded by pharmaceutical companies.

CONRAD's overall goal is to improve reproductive health, especially in developing countries. Our main objective is to help develop safe, acceptable, affordable products and methods that provide contraception and/or prevent the sexual transmission of HIV/AIDS and other infections.

The purpose of Contraception is to provide a medium for the rapid communication of advances and new knowledge in all areas of contraception. Manuscripts are received from researchers and clinicians in the following areas of research: chemistry, biochemistry, physiology, endocrinology, biology, the medical sciences, and demography.

The Emergency Contraception Website is operated by the Office of Population Research at Princeton University and by the Association of Reproductive Health Professionals. This website has no connection with any companies that manufacture or sell emergency contraceptives. Funding is provided by the Educational Foundation of America.

Across the globe, EngenderHealth has proven that even in resource-poor settings, family planning services can be safe, effective, and affordable. We have developed a number of technical publications related to Vasectomy, Female Sterilization and Reversible Methods.

One of IPPF’s central commitments is to promote and to provide contraceptive services for all. Universal access to, and informed use of effective contraception is the cornerstone to good sexual and reproductive health.

Revolution Contraceptives’ social mission is to empower men worldwide to better control their reproduction with a reliable, safe, cost-effective, and reversible contraceptive.

The Society of Family Planning advances family planning research and education, providing evidence-based insight to improve clinical care in the areas of contraception and abortion.

What do philosophy and religions say about contraception? Is it an issue of human rights? Is there ever a duty to use contraception?

Contraception, or birth control, helps you prevent becoming pregnant until you are ready and helps you plan the number and spacing of your children.

Some of the latest news on contraception and family planning.