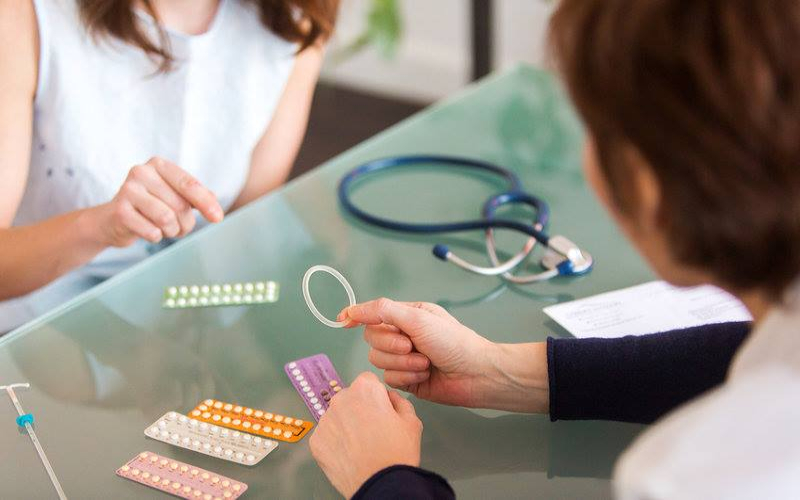 Hormonal Birth Control Side Effects: How the Pill Can Wreak Havoc on your Mood

The past year and a half has been one of the most difficult times of my life. I graduated college, succeeded in getting a job in my field, moved in with my amazing boyfriend, made new friends and started preparing for a stable future while also enjoying the here and now. “So what’s been so difficult?” you ask. I also started using hormonal birth control.

Birth control has done amazing things for women across the world, giving them control over their bodies and reproductive rights. Since their conception, hormonal oral contraceptive pills have been among the most popular ways for women to avoid becoming pregnant. They’ve even helped some women deal with uncomfortable, even debilitating,…

How Quick Will Fertility Return After Stopping Birth Control?

So once you are done preventing pregnancy, what form of contraception is your best bet to restore fertility ASAP? A 2020 study of 18,000 women compared how long it took to return to normal menstrual cycles and fertility after discontinuing pills, patches, injectable contraceptives, IUDs, and hormonal implants. And here is what they found:...

Why some women are questioning hormonal birth control

Even though the Pill has given us freedom, it’s also the result of a culture that expects women to bear the costs — financial and otherwise — of preventing pregnancy. It’s also true that it comes with side effects that women have been expected to quietly accept.

Everything you need to know about male hormonal birth control

There are several promising options in the works.

How we think about birth control at Clue

At Clue, we believe that people deserve better options. People need birth control that works for their individual bodies, life stages, economic situations, and goals. They also deserve honest, high-quality information about birth control, and a safe place to share their experiences. The truth is that the current system that researches, develops, and markets hormonal birth control is not adequate.

What Happens When You Stop Taking Birth Control?

Many women started taking birth control when they were in their teens and have continued it for a decade or more. Whether you are stopping birth control because you want to get pregnant or are just looking to make a change, you should know what to expect as your body adjusts.

The hormones in some methods of birth control are similar to the ones female bodies make—close enough that the body recognizes them as estrogen and progesterone. There are multiple kinds of hormonal birth control, each with unique ingredients that are released differently.

Over the years, more than a few patients in my women’s health practice have told me that their hormonal birth control — the pill, patch, ring, implant, injection, or IUD — made them feel depressed. And it’s not just my patients: several of my friends have felt the same way. And it’s not just me who has noticed this; decades of reports of mood changes associated with these hormone medications have spurred multiple research studies.

Three of the most common forms of birth control—the pill, the ring, and the patch—all work the same way. They’re all considered “combined” hormonal methods, meaning they contain two kinds of hormones: estrogen and progestin. Other hormonal methods—the shot, the implant, hormonal IUDs, and the progestin-only pill (a.k.a. minipill)—contain only one kind of hormone—a progestin.

Depressing News About Birth Control Hormones For Both Men And Women

Not feeling quite right after taking birth control pills? Apparently you are not alone. Jump on the Internet and you'll find people complaining about different problems when using birth control pills or other devices that have hormones for contraception, such as vaginal rings and patches.

Today, millions of women around the world use hormonal contraceptives that have expanded beyond the Pill to patches, implants, injections and uterine devices. Decades of research support their safety, and serious but very rare side effects such as blood clots are finally much better understood. But other areas of research lag, and we still don’t know as much as we’d like about how these medications affect women’s mental health.

How To Take Care Of Your Skin While on Birth Control

Whatever your reasons are for starting a new birth control method, it can be a seriously confusing time. Not only are you dealing with a completely new dose of hormones in your body, but you’re also faced with a whole crop of side effects you may or may not have seen coming — including changes in your skin.

While most women won’t experience clinical depression or need antidepressant medication soon after starting birth control, experts say the results suggest that doctors who prescribe birth control to first-time users should be on the lookout for potential changes in mood in the first few months.

Short acting hormonal methods, in perfect use are as effective as LARCs, however due to potential human error, they are rarely perfectly used for long periods of time. Because of this, about 9 in 100 women become pregnant during the first year of using these methods. They are still considered a very effective form of birth control, but are not nearly as effective as LARCs or sterilization methods.

The contraceptive pill was a revolution for women and men

The cultural revolution created by birth control technology innovations such as the pill also contributed to the awareness and, little by little, the social acceptance of working mums, older mums, and children born to cohabiting parents.

A 2016 study sheds light on the alarming relationship between hormonal birth control and depression. But the findings are only the latest in a long line of battles between women and their doctors over accurate information.

We’re One Step Closer To Hormonal Birth Control For Men

The male contraceptive shot didn’t have the same level of effectiveness as the female contraceptive shot or other forms of female hormonal birth control. Depo-provera, which is a hormonal contraceptive shot for women, has an efficacy rate of 0.3 pregnancies per 100 women who use it for one year. But if this combination of hormones, or another comparable product eventually passed clinical trials and made it to market, Harper predicts a sea-change in how the U.S. views and treats contraception.

What’s in Your Birth Control? The Pros and Cons of Hormonal and Non-Hormonal Methods

If you’re using a hormone-based birth control method (the pill, the patch, the ring, etc.), the reason you’re (hopefully) not getting pregnant is due to the hormone power couple, estrogen and progesterone.

Why I Quit Hormonal Birth Control

In this post, I’m going to share why I quit hormonal birth control, what happened afterward, and what I use instead.

Why We Shouldn't Prescribe Hormonal Contraception to 12 Year Olds

Am I advocating teenagers get pregnant? Absolutely and unequivocally no. But I think they need access to correct information, not skewed information. This means telling them the truth about our uncertainties about the health implications for hormonal contraception in adolescence, it means educating them about the importance of barrier methods, and it means making sure they understand the health risks associated with unprotected sex.

You can, of course. But big studies like this are more relevant to public health, not personal health.

Depo Provera, DMPA, birth control shot or simply “the shot” contains a progestin. This is similar to the hormone progesterone, which is naturally produced by the female body. DMPA is given by injection every 12 weeks and is slowly absorbed into the bloodstream to prevent pregnancy. Depo-Provera is the brand name of DMPA.

Contraceptive injections contain a progestogen hormone which is similar to the natural progesterone produced by the ovaries. There are three types of injection. Depo-Provera and Sayana Press protect you from pregnancy for 13 weeks. Noristerat protects you for eight weeks; it’s not commonly used in the UK.

Weeding out myth and ridiculous to uncover the truth.

what is the depo-shot? aka “the shot” or “birth control shot”

In 2004, the FDA gave the depo-shot a black box warning to warn patients and health care providers that the depo-shot causes bone density loss. However, according to a study by the National Institute Health in 2005, the bone loss caused by the depo-shot was reversed after injections were stopped for 1 year. Another 2010 study showed that for some people needed up to 5 years after stopping injections to attain normal bone density. TLDR: If you use the shot, make sure you get enough Calcium and Vitamin D and weight bearing exercise. All of those help maintain bone density.

Hormonal Birth Control Side Effects: How the Pill Can Wreak Havoc on your Mood

Different forms of hormonal birth control all have the same objective, while differing slightly in side effects and benefits.

You already know that birth control offers ridiculously reliable protection against unplanned pregnancies—assuming you're using it correctly, that is. But BC actually has a lot of other amazing social and lifestyle benefits, too.

https://www.nurx.com/birthcontrol/ Nurx offers 50+ birth control formulas, and our medical providers will help you find the right one for your body and your lifestyle.

Going off the Pill

Dedicated to providing accurate information about hormonal birth control, transitioning to alternative methods, and the associated risks of both.

Whether administered as a pill, shot, ring or implant, hormone medications contain manufactured forms of the hormones estrogen and/or progesterone. Hormonal methods work in one of three ways: 1) preventing a woman’s ovaries from releasing an egg each month; 2) causing the cervical mucus to thicken making it harder for sperm to reach and penetrate the egg; 3) thinning the lining of the uterus which reduces the likelihood that a fertilized egg will implant in the uterus wall. Hormonal contraceptives do NOT protect against the transmission of sexually transmitted diseases.

Hormonal methods of birth control contain estrogen and progestin, or progestin only, and are a safe and reliable way to prevent pregnancy for most women. There are several ways that the hormone(s) can be delivered...