In general, we recommend that young women consider LARC (long-acting reversible contraceptives) before the ring/patch/pill because they are more effective - Sophia Yen MD MPH 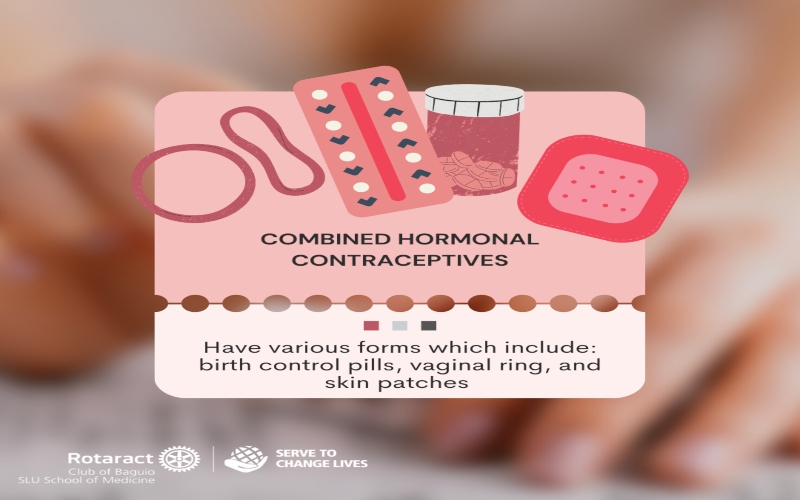 image by: Rotaract Club of Baguio SLU-School of Medicine

The Birth Control Pill, Patch or Ring: Which is Most Effective?

Today, a wide range of different hormonal contraceptives are available to prevent pregnancy and make enjoying your sex life easier.

The birth control pill, ring and patch all use a combination of estrogen and progestin hormones to protect against unwanted pregnancy. Each form of contraception has its own advantages and disadvantages, as well as a slightly different effectiveness rate...

Most commonly sold as NuvaRing®, the birth control ring works by continually…

Birth Control Doesn’t Have to Mean the Pill

For women who realize the time has come to re-evaluate their birth control strategy, there are many methods to choose from: I.U.D.’s, hormonal implants, shots, the “patch” and the vaginal ring, to name a few.

The patch is a thin, beige piece of plastic that looks like a square Band-Aid. It’s a little less than two inches across, and comes in one—and only one—color. (Beige.) You stick the patch on your skin and it gives off hormones that prevent your ovaries from releasing eggs. The hormones also thicken your cervical mucus, which helps to block sperm from getting to the egg in the first place. The brand name Ortho Evra isn’t being produced anymore so if you use the patch, ask for the generic, Xulane.

birth control pill, patch, or ring – which one should i use?

In general, we recommend that young women consider LARC (long-acting reversible contraceptives) before the ring/patch/pill because they are more effective. But if you don’t like the idea of something in your uterus or arm or a shot every 12 weeks, then the ring, patch, and pill are your next best options.

Doctors Back Off Birth-Control Patch

Many doctors have stopped writing prescriptions for a popular form of birth control after the Food and Drug Administration warned earlier this month of increased hormone exposure to women who use it. The Ortho Evra contraceptive patch has revolutionized birth control for many women. The thin waterproof adhesive, which came on the market in 2002, is about the size of a matchbook and can be worn discreetly on the body.

Effectiveness was not significantly different for the methods compared. Pregnancy data were available from half of the patch trials but two-thirds of ring trials. The patch could lead to more discontinuation than the COC. The patch group had better compliance than the COC group. Compliance data came from half of the patch studies and one-third of the ring trials. Patch users had more side effects than the COC group. Ring users generally had fewer adverse events than COC users but more vaginal irritation and discharge.

The Birth Control Pill, Patch or Ring: Which is Most Effective?

The birth control pill, ring and patch all use a combination of estrogen and progestin hormones to protect against unwanted pregnancy. Each form of contraception has its own advantages and disadvantages, as well as a slightly different effectiveness rate.

Choose from the pill, patch, ring or shot

Estrogens and progestins can be delivered across the skin (transdermally) through the contraceptive patch... The estrogen in this patch is ethinyl estradiol; the progestin is norelgestromin.

NuvaRing is a small, flexible vaginal ring used to prevent pregnancy. You put it in for 3 weeks, take it out, then put a new one in a week later. It's just as effective as the pill when used as directed, and you don't have to think about taking it every day.

The ring steadily releases the hormones oestrogen and progestogen into your bloodstream, which prevents the release of an egg each month. It also thickens the cervical mucus, which makes it more difficult for sperm to move through the cervix, and thins the lining of the womb so a fertilised egg is less likely to implant itself.

The hormones in pills, patches and rings are synthetic versions of the natural hormones produced in a woman's ovaries: oestrogen and/or progesterone.

Hormones from Xulane get into the blood stream and are processed by the body differently than hormones from birth control pills. You will be exposed to about 60% more estrogen if you use the patch than if you use a typical birth control pill containing 35 micrograms of estrogen. In general, increased estrogen may increase the risk of side effects, including blood clots.