Where in health am I? : Home / Health Cloud / StaynHealthy / Women's Health / Birth Control / Hormonal / Plan B 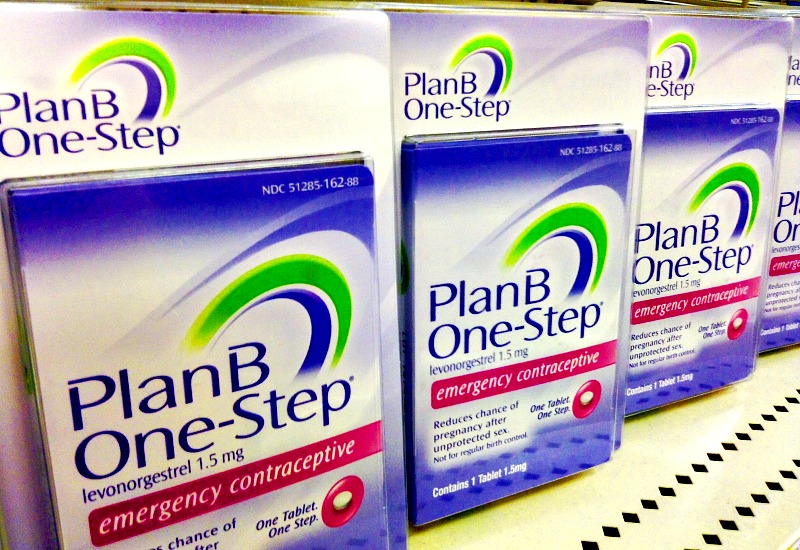 The Morning After: The Truth About Emergency Contraception

One day, I walked home to find magazines strewn about the floor, a box of tissues tipped over, and my roommate conked out in her bed. I could tell bad emotions were afoot, so I grabbed my things and fled until the dust settled. When I returned later that night, I asked her what all that was about and she explained, “Oh, I was reading People when all of a sudden I got so mad that everyone in the magazines was so thin. It made me feel fat, so I started crying. Then I got angry, so I ripped them up, and threw them across the floor. That made me exhausted so I went to sleep. I think maybe the morning-after pill made me a little emotional.”

Will emergency contraception turn you into an…

How to Get the Morning-After Pill for Free

The Morning-After Pill Wasn’t Meant to Be a 'Plan B'. What Happened?

The messy, untold history of a medication that was originally meant to be used as a regular form of birth control.

The emergency contraceptive Pill (ECP) is also known as the morning-after pill, but it’s not just for the morning after. We asked for your experiences. Here’s what you said.

Abortion Qualms on Morning-After Pill May Be Unfounded

“These medications are there to prevent or delay ovulation,” said Dr. Petra M. Casey, an obstetrician-gynecologist at Mayo. “They don’t act after fertilization.”

Everything You Should Know About Emergency Contraception

The three methods available in the United States are arranged in order from most to least effective — although Plan B, the least effective option on the list, is still incredibly effective at preventing an unplanned pregnancy that might result from unprotected sex.

Explainer: what is the morning-after pill and how does it work?

Condoms break, contraceptive pills are missed and in the throes of passion, contraception might be overlooked. So from time to time, a woman may need emergency contraception, known as the morning-after pill.

Five Myths About The Plan B Morning- After Pill

Every person slips up in life, however what if that slip-up happens while having intercourse? Failure of birth control method may leave someone pondering, what should be done. The morning- after pill is normally the first option that comes to mind, except this there are some common myths regarding the pill that needs to be addressed.

FYI: Why Doesn't Plan B Work For Heavier Women?

Even a double dose of the morning-after contraception isn't likely to work.

Here’s Why Plan B Costs So Much

As anyone who has ever scoured apartment listings in New York City is painfully aware, availability and affordability are not the same thing. If you need another example of this phenomenon, just look at the so-called morning after pill...

Despite rumors linking it with a litany of side effects, use of emergency contraception is on the rise. We asked a gynecologist if any of these fears are founded.

Is the Morning-After Pill Safe?

It’s not recommended that you use the morning-after pill as your regular, go-to method of birth control, since it’s not as effective at preventing pregnancy as other forms of birth control like the IUD, implant, shot, pill, patch, or ring, [and] is more expensive.

Morning-After Pills for All

A federal judge ruled this morning that emergency contraception should be available without prescription to women of all ages, calling years of delays in making it so "intolerable."

Teenagers and the Morning-After Pill

Now the nation’s leading pediatrics organization is encouraging doctors to also talk to teenagers about the morning-after pill — and to send girls home with prescriptions for emergency contraception, just in case.

The Birds and the B’s

Are morning-after pills abortion or contraception?

The Morning-After Pill: How It Works And Who Uses It

Plan B is a synthetic dose of the hormone progesterone. It's the same hormone that's in typical birth control pills — but at a higher dose. It works primarily by stopping the ovaries from releasing an egg. No egg, no pregnancy. But if an egg has already been released, Plan B can still prevent the egg from getting fertilized. The dosage literally slows down the movement of the egg and, at the same time, it slows down the movement of the sperm, making it unlikely the two will meet, she says. Now, here's where things get a bit controversial. If sperm has actually succeeded in fertilizing an egg, Plan B could possibly thin the lining of the uterus so the fertilized egg won't attach and grow. Scientists have no proof that actually happens, but in theory, it could.

Until recently, both the National Institute of Health and the Mayo Clinic, two respected and oft-Googled sites listed what science now considers misinformation regarding emergency contraception.

Use of Morning-After Pill Is Rising, Report Says

The use of morning-after pills by American women has more than doubled in recent years, driven largely by rising rates of use among women in their early 20s...

There's a definitive body of research showing that the morning-after pill doesn't stop fertilized eggs from implanting on the uterine wall, despite what their labels say. That's because they work pre-fertilization, which is why they need to be taken soon after unprotected sex. Plan B and Ella act hormonally, by preventing or slowing down ovulation or by changing the amount and consistency of cervical mucus to create an environment where sperm will not survive. When taken too late, after ovulation or fertilization, these medicines don't work.

The Morning After: The Truth About Emergency Contraception

16 Things No One Tells You About the Morning-After Pill

6 Things You Should Know About The Morning-After Pill

Buying emergency contraception can be one of the most embarrassing experiences for a woman, especially for a single woman. No matter how old you are, there is something embarrassing about publicly admitting you have sex. Having a complete stranger acknowledge that fact (while exchanging currency) can ignite a spiral of shame.

A next-generation way to help prevent pregnancy before it starts.

The Mission of The Emergency Contraception Website is to increase women's knowledge about and timely access to emergency contraception and other reproductive health choices, both in the United States and abroad.

Plan B One-Step® emergency contraception is a backup plan that helps prevent pregnancy when taken within 72 hours (3 days) after unprotected sex or birth control failure. The sooner it’s taken, the better it works.