Where in health am I? : Home / Health Cloud / StaynHealthy / Women's Health / Women and Heart 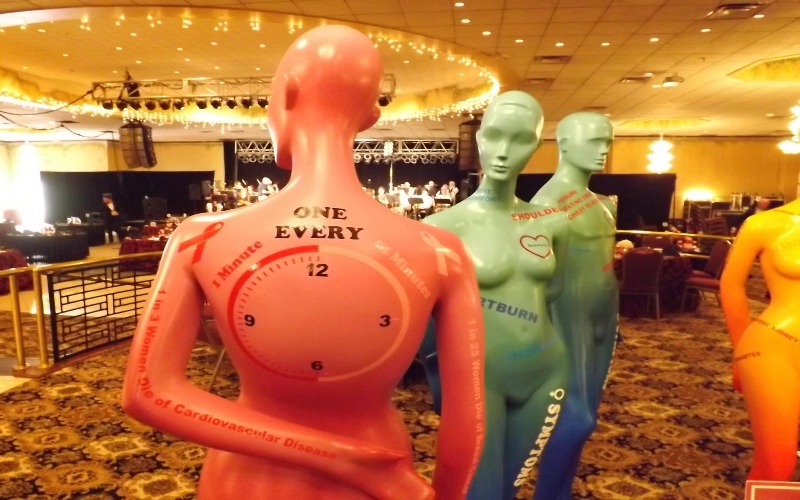 Why heart disease is often missed in women: The myth of the ‘widowmaker’

Yet when I ask undergraduate students in my chronic disease class (most of whom are female) which disease causes the most deaths in women, only about half give the answer heart disease; a third say it is breast cancer.

This mirrors a 2012 survey from the United States, which found that only 56 per cent of female respondents identified heart disease as the leading cause of death.

Such a lack of awareness has very real consequences.…

Does your hospital have a Women’s Heart Clinic yet? If not, why not?

Yes, you read that right, ladies. Until recently, even the very idea of establishing a heart clinic devoted to the unique realities of the female body was not warmly welcomed by the very physicians you’d think would be most supportive.

Heart disease is another example where sex — or perhaps sexism — still plays a huge determining factor. Women are less likely to experience the “classic” symptoms of a heart attack — symptoms that were discovered in research led by men, in which most of the participants were men. Women’s most common heart attack symptom, as with men, is chest pain or discomfort. But women are more likely than men to experience some of the other common symptoms, particularly shortness of breath, nausea, vomiting and back or jaw pain.

Heart Disease Is Still A Killer. Here's How To Reverse It

Heart disease is indiscriminate — it's the No. 1 killer of men, women and people of most races and ethnicities in the U.S. Coronary artery disease, the most common type of heart disease, is especially brutal. It accounts for about 55% of those yearly deaths.

A revolution in thinking about coronary blood vessels could change the way women's heart problems are diagnosed and treated. Heart disease is the leading cause of death in women." There, we've said it again. Even though it's always been the case, we still need to remind ourselves that we're far more likely to succumb to heart disease than to breast cancer. Nine times as likely, in fact. The statistics are alarming, but researchers are beginning to make sense of them.

But even with the increasing attention paid to heart disease in women over the past couple decades, it could still take some time to erase centuries of bias—not only within the medical community, but among women themselves.

Women with heart disease are dismissed. And it's killing them

It’s time to challenge centuries of bad science, social norms and a lack of women in medicine and research

Women With Heart Emergencies Less Likely to Get Proper Care

Women with cardiac emergencies are less likely than men to receive proper treatment when the ambulance arrives, a new study reports. The analysis, in Women’s Health Issues, used four years of data from a federal government database to compile information on out-of-hospital emergencies involving people 40 and older with chest pain or cardiac arrest. Almost 2.4 million people, 1.2 million of them women, were included.

The rates of heart-related problems in women before and after childbirth have increased in the U.S., a problem that some experts think may be contributing to the jump in the country’s maternal mortality rate.

Childcare and housework are what give women more heart problems

Housework takes a heavy toll. Women may be more likely to die after a heart attack than men because they do more housework, childcare and looking after relatives. Women who have heart disease tend to have worse symptoms and are more likely to die from the condition than men.

With so many reasons why mothers who breastfed had a lower chance of heart disease and stroke than mothers who didn’t, the evidence that breastfeeding itself deserves the credit is weak.

Excuse me while I bang my head against this wall…

I used to suspect that lack of research focused specifically on women’s heart health was the key culprit behind the cardiology gender gap. We know that this reality has in fact been true for decades...

Gender Gap: The Risks Of Heart Disease For Women

Women's arteries also aren't as big as men's, even when adjusted for body size, so lesser amounts of plaque may restrict blood flow. And the artery problems in women tend to happen in their smaller blood vessels. "This simple physiology makes the situation a lot worse" for women, said Suzanne Steinbaum, director of women and heart disease at New York's Lenox Hill Hospital.

Heart disease is the leading cause of death among women — and one of the most preventable. Research is giving us insights into how we can control our risk.

Heart Failure May Be More Lethal in Women

Men tend to get heart failure more often than women do, but women are more likely to die from the disease.

Heart Screenings for Women Should Be as Routine as Pap Tests

Women — even younger women — can take control of their cardiovascular health by knowing their risk factors and what they can do to protect themselves.

Part of the reason women are misdiagnosed or not diagnosed at all is that heart disease looks a lot different in women than it does in men, she says. And men have been the focus of most heart disease research.

The founding misconception of heart disease. These early studies contributed to the myth that heart disease is more common among men. In fact, women’s rate of heart problems is generally comparable to men, but women are less likely to recognize the danger. While the condition is currently the leading cause of death among women globally, in a recent survey only 13%2 said heart disease was their greatest personal health risk.

How to fight heart disease — the No. 1 killer of women

The reality is that heart disease is the No. 1 killer of women, both in the United States and worldwide. Heart disease causes one of every three deaths among women in the U.S.

Many women think of heart disease and heart problems as a male related disease. Statistically 1 in 4 women will die from heart disease. Go Red for Women helps women uncover the truth.

My Heart Health Story: I Was Misdiagnosed and Suffering From a Rare Congenital Heart Defect

As a heart disease survivor, I can say I have truly battled this deadly disease. I hope my story shows women everywhere the power of being your own advocate in the health care system.

My Panic Attack Was a Symptom of a Heart Condition

I was a healthy 29-year-old woman with no real health problems other than a bum shoulder. I’ve never stayed a night in the hospital, I’ve never given a second thought to my heart health. I don’t know how the doctor got my phone, but I remember hearing him tell my mom she should probably drive up to be there. The panic attack I was having was actually a symptom of—and subsequently, a misdiagnosis of—the acute heart damage caused by Salmonella-inflicted myocarditis.

Women with a shorter time between menarche and menopause were at higher risk of cardiovascular disease, heart attack and stroke.

The Reality Of Heart Disease: A Wake-Up Call For Women

The first myth is that breast cancer is the top killer of women. Actually, heart disease is the number one killer and is responsible for more deaths among women than all types of cancer.

Today Is National Wear Red Day. Here's Why People Are Dressing Up

National Wear Red Day is intended to help raise awareness of heart disease, in particular among women. Heart disease is often generally associated with men, but cardiovascular disease is the number one killer of women.

Heart disease is not a man’s problem. In 2013, 611,015 Americans (pdf, p. 30) died of heart-related problems, and unlike what you might expect, the gender breakdown was pretty even: 52.5% of the deaths were men, 47.5% women. For women in the US it’s the leading cause of death and kills almost one in three women every year—more than all types of cancer combined.

Why heart disease is often missed in women: The myth of the ‘widowmaker’

All about women and heart disease - our #1 killer - from the unique perspective of CAROLYN THOMAS, a Mayo Clinic-trained women's health advocate, heart attack survivor, blogger, speaker.

The Women's Heart Foundation, the only Non-Governmental Organization that designs and implements demonstration projects for the prevention of heart disease.

Use this resource to learn more about coronary artery disease in women, keep up with the latest research and get tips for staying healthy.

Go Red For Women inspires women to make lifestyle changes, mobilize communities and shape policies to save lives. United, we are working to improve the health of all women.

You likely know by now that more women than men die from heart disease each year. If so, you are a step ahead of many women. According to the American Heart Association, only 1 in 5 women believe that heart disease is their greatest health threat. Now more than ever, with obesity and diabetes on the rise in this country, it's time to take notice.

Women are at risk if they don’t recognise the signs of a heart attack and then delay getting help. Together with gender inequalities in heart attack care, this is costing women’s lives. It’s time to put this right.

Women’s experience with heart disease is different from men’s in several important ways. Women are under-aware and under-researched. Within the healthcare system they are under-diagnosed and under-treated, and under-supported in their recovery. Women’s unique physiology poses distinct challenges in the prevention and management of heart disease.

Welcome to CardioSmart, the patient education and empowerment initiative brought to you by the American College of Cardiology. Our mission is to help individuals prevent, treat and manage cardiovascular disease.