The power and intensity of your contractions cannot be stronger than you, because it is you - Unknown 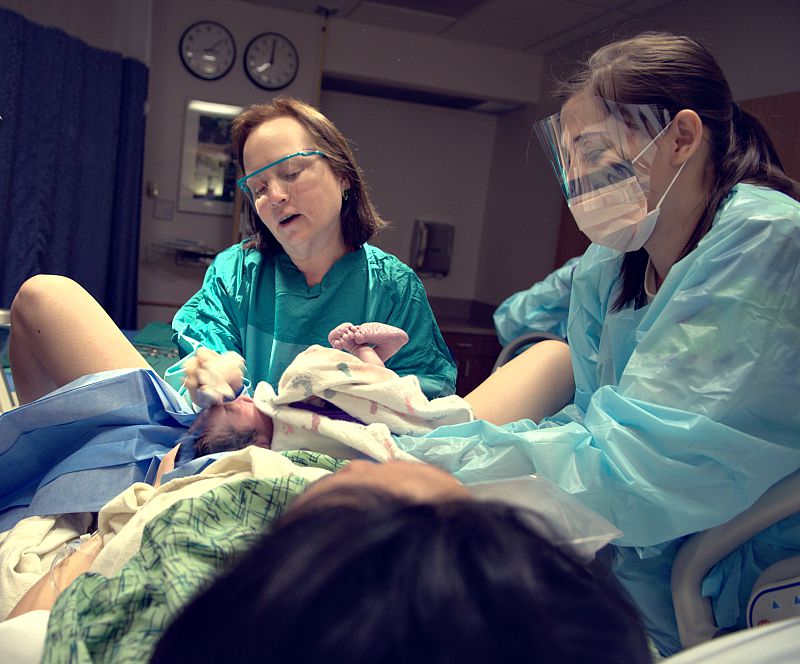 Risk may not be the first thing that many associate with pregnancy, often considered a joyous experience. But for too many women, especially in the developing world, pregnancy and childbirth can pose serious health risks. For some, it can even serve as a death sentence.

Around 1,000 women die from pregnancy- or childbirth-related complications globally every day, according to the World Health Organization. That’s one every 90 seconds. Some 99 percent of maternal deaths occur in poor countries, particularly in Africa and Asia.

The most common way to measure these deaths is the maternal mortality ratio (MMR), which is the number of maternal deaths for every 100,000 live births. For women in developed countries the average is only 14 maternal deaths for every 100,000 live births. Compare this to developing countries, where the average MMR is 290 deaths for 100,000 births. In sub-Saharan Africa it’s even worse, at 900. The risk is highest for young women under 15, and those living in rural areas and poorer and less educated communities.

More pregnancies can also increase the chances of dying. Since those in developing countries have on average more pregnancies than women in developed countries, this adds to their lifetime risk. For example, the risk of dying in childbirth in sub-Saharan Africa is 1 in 22, while in the United States it’s 1 in 4,800.

Some of the leading causes of maternal deaths are severe bleeding, infections, eclampsia, obstructed labor and unsafe abortions. And for every woman who dies in childbirth, at least 10 more suffer serious injuries such as fistulas and tearing. But most of these deaths are avoidable, since the solutions for preventing or treating these health problems are well known. Getting adequate care before, during and after childbirth can mean the difference between life and death for a woman. As can understanding and dealing with some of the socioeconomic and cultural issues that can contribute to maternal deaths, such as lack of education and gender discrimination.

Global health care spending has long neglected maternal care though, with policy makers and politicians focused on health issues such as AIDS or malaria instead. Not enough resources are being dedicated to address the lack of medical accessibility and care for pregnant women worldwide. Americans today spend on maternal health less than one-twentieth of a percent of the amount we spend on our military. While improving maternal health may not be as cost-effective as health solutions such as vaccines, it’s our ethical duty to save mothers’ lives.

It is high time we lead a global campaign to care for the world’s mothers and mothers-to-be. We can start by demanding that our governments prioritize and provide more funding towards safe motherhood.

Why giving birth in the U.S. is surprisingly deadly

How forceps permanently changed the way humans are born

Women managed their understandable fear by drawing on the support of their community. They gave birth at home under the care of other women – family members, friends and neighbors who were also mothers. Families may have called upon a midwife, though back then there were no specific qualifications that distinguished the midwife’s professional skills beyond having attended a lot of births. For most of human existence, the most important form of expertise in childbirth was lived experience.

n fact, postnatal care is one of the most underdiscussed and understudied issues in medicine. (One reason, among many, that more American women today are dying in childbirth than anywhere else in the developed world.)

Americans need to treat giving birth like a natural process, not a medical emergency

Only around eight percent of American babies are delivered by midwives. That’s a problem, because as new documentary Mama Sherpas makes clear, midwives can be instrumental in lowering the US’s dangerously high Cesarean rates.

It is not fully understood exactly why epidurals prolong labor, but experts speculate that the drug relaxes the pelvic muscles and the woman has less urge to push.

According to new research, giving birth can be as traumatic to a woman's body as hardcore sports like running a marathon — but doctors often don't treat it that way.

Natural childbirth is much, much more than a Brooklyn fad

If you thought watching Ricki Lake give birth in a bathtub was too tame for television, Lifetime has the show for you. Born in the Wild is a forthcoming reality series that will follow a handful of women who claim to be giving birth in the most "natural" way possible — alone, in a forest.

Anyone working to improve the childbearing experience and help women avoid unnecessary intervention has encountered numerous "obstetric myths" or "old doctors' tales." And while the evidence in the medical literature may be solidly, often unequivocably, against whatever "the doctor said," without access to that evidence, the pregnant woman is quite reasonably going to follow her doctor's recommendations.

A preliminary new study of the drug Pitocin, frequently given to women to help start or speed up childbirth, has raised concerns about its safety. The study found that the use of Pitocin to induce or augment labor was linked to unexpected admissions to the neonatal intensive care unit (NICU) and to lower Apgar scores -- a test to check newborns' physical condition in the minutes following birth.

...birth has been heavily medicalized in contemporary North America, while at the same time a vocal ‘natural birth’ movement has pushed against medicalization. The disagreement between these two camps often circulates around whether birth is best thought of as a dangerous and abnormal process best managed by medical experts in an institutional setting, or as a ‘natural’ or ‘normal’ bodily function that requires formal medical intervention only in unusual cases.

A big reason for the increase is the number of pregnant women who are older, obese, or have chronic conditions such as diabetes and kidney disease that put them at higher risk. But healthy women, too, can experience major complications such as severe bleeding, or hemorrhage, which is the most common cause of death after childbirth.

The Pros And Cons Of Natural Childbirth

While most first-time mothers in the United States choose to give birth in hospitals that offer epidurals and additional medical assistance, a growing number of women are opting for drug-free, natural births, often at home. Here are the leading arguments for and against natural childbirth...

Sayings...There's plenty of room in here. From a provider talking to a woman while doing a vaginal exam. Ummm, because I really want a room full of people to hear that my vagina is big enough to have a ten pound baby...

Why We're So Obsessed with 'Natural' Childbirth

A new history of Lamaze explains the origins of the mythology.

Risk may not be the first thing that many associate with pregnancy, often considered a joyous experience. But for too many women, especially in the developing world, pregnancy and childbirth can pose serious health risks. For some, it can even serve as a death sentence.

Pregnancy is a very special time in a person's life. Educating yourselves to be good consumers, knowing your options is essential.

Our Mission is to inform, support, engage and empower consumers, community leaders and providers with tools to improve birth.

Birthrights is the UK’s only organisation dedicated to improving women’s experience of pregnancy and childbirth by promoting respect for human rights. We believe that all women are entitled to respectful maternity care that protects their fundamental rights to dignity, autonomy, privacy and equality.

Childbirth Connection has joined forces with and become a core program of the National Partnership for Women & Families. Together, these two women's health powerhouses will continue transforming maternity care in the United States. Childbirth Connection was founded in 1918 as the Maternity Center Association; its mission is to improve the quality and value of maternity care through consumer engagement and health system transformation.

Every Mother Counts is a non-profit organization dedicated to making pregnancy and childbirth safe for every mother.

We are dedicated to ending the suffering caused by the childbirth injury of obstetric fistula. We believe that no woman should have to suffer a life of shame and isolation for trying to bring a child into the world.

FREEDOM FOR BIRTH tells the story of the Hungarian midwife, Dr Agnes Gereb, who was imprisoned for supporting women who gave birth at home.

Giving Birth with Confidence is an online community, created by Lamaze International, written for and by real women (and men) with a variety of trustworthy, timely and appealing stories, articles and tips related to pregnancy, birth and parenting.

Half the Sky Movement

The central moral challenge of our time is reaching a tipping point. Just as slavery was the defining struggle of the 19th century and totalitarianism of the 20th, the fight to end the oppression of women and girls worldwide defines our current century.

Microbirth is a multi-award winning documentary exploring the latest science about the ‘seeding and feeding’ of a baby’s microbiome during pregnancy, birth and breastfeeding. The film features scientists behind the ground-breaking research that reveals the critical role of mothers’ microbes for optimal training of the infant immune system and lifelong health.

Women's health care, from the perspecitve of someone on the inside. Early retirement from a medical career.

Bringing the latest scientific research to empower women in childbirth and to lay the strongest foundations for our babies’ entire lifetime.

We are a global network of free to attend antenatal groups, linked up by social media. We connect pregnant women together to share stories, expertise and positivity about childbirth. We aim to challenge the epidemic of negativity and fear that surrounds modern birth, and help change birth for the better. Join us as we meet up, link up and shake up birth!